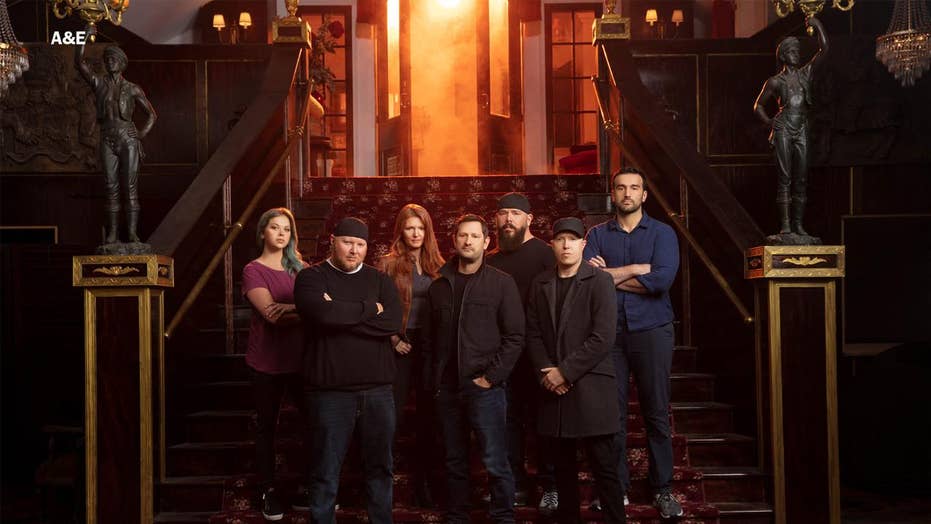 'Ghost Hunters' stars share what they hope will happen to Manson murder house, message for nonbelievers

'Ghost Hunters' stars Grant Wilson and Mustafa Gatollari share what they hope will happen to the recently-sold Manson murder house, message for nonbeliever concerning their work as paranormal investigators.

It was 50 years ago, in the summer of 1969, when heavily pregnant actress Sharon Tate and six others were brutally murdered by followers of cult leader Charles Manson.

Earlier this month, the Los Feliz home of Leno LaBianca and his wife Rosemary where two of the murders took place, was sold to Zak Bagans, host of the Travel Channel series “Ghost Adventures.” It went for close to the asking price of $1.98 million after less than a month on the market, The New York Times reported.

According to the outlet, Bagans hasn’t revealed his plans for the home — neighbors are hopeful the purchase won’t result in a macabre tourist attraction.

As for paranormal investigators Grant Wilson and Mustafa Gatollari, they’re gearing up to premiere new episodes of “Ghost Hunters,” a series that has captivated fans for 11 seasons. The A&E show will chronicle their new investigations and alleged hauntings across the nation.

Wilson and Gatollari spoke to Fox News about what they hope will happen to the tragic LaBianca home, their message for nonbelievers and why they’re just as eager to debunk the unexplainable.

Fox News: What do you hope happens to the LaBianca house?
Grant Wilson: Honestly, I hope that if somebody owns a house like that, that they don't just make an attraction out of it or anything like that. I mean, if you have entities in a home, those are real people, people who were alive and usually, especially in this case, had a tragic end. So if I owned the place, if we were able to get in there, it'd be: Who's in there? What do they need? How do we help them? And how can we help them in any way? How do we help them move on, so to speak?

... If you can solve that problem, then they have no reason to stay there anymore. So I'd like to see that these people that had tragic ends in there not be turned into an exhibit but be recuperated.

Charles Manson is escorted to his arraignment on conspiracy-murder charges in connection with the Sharon Tate murder case in Los Angeles. (AP Photo/File)

MORE UNSOLVED MANSON MURDERS OUT THERE?

Mustafa Gatollari: Because on our end, we know the history of it. There was a movie that came out recently that's about it, and we kind of see it as this sensationalized thing. We don't know what it looks like for any of the entities or what their world is to them. And I'm just assuming that they don't really care so much about the sensationalism of it. They might be in pain, they might be suffering. So like Grant says, if we can get in there, or whoever's there can get in there and actually help these entities out, that should be first and foremost.

Fox News: What's a misconception you both feel people still have about your work?
Gatollari: I think the big misconception people have is that we're a bunch of weirdos who are just hanging out in the dark... And we're not like that at all. I think our primary focus is just to help the client, to help people who have these actual problems.

And it's kind of taboo to talk about paranormal experiences... We're not going around just looking for something spooky and then running out of the building like, "Oh my God, did you catch that?” If we do establish contact with an entity, we're always there to help, one, the client, and, two, if possible, the entity that we're making contact with.

Wilson: A lot of people feel like we are out there to find ghosts, which, I mean, the title of the show says that, but we're looking more for the truth, we're looking to help people more than to just have an experience. So when we have an experience, we try to milk it for all the information we can get instead of just being shocked and surprised by it.

Gatollari: We’re just as happy to debunk things. If somebody thinks that like, "Oh this, this is a paranormal experience," but actually we found a practical explanation for it, that's just as rewarding to us.

Fox News: What message do you have for nonbelievers?
Wilson: If someone doesn't believe in the paranormal, they haven't experienced it yet, and that's fine. I say don't believe in something unless you have a reason to. And skepticism is great. We're skeptics ourselves. Everything we experience, we scrutinize. And it's hard for that to come across in the show because they edit it a lot.

But if someone is skeptic, that is important. You need to try to find a rational explanation first or else you're not really helping people. So, if people don't believe in the paranormal, that's fine, but don't criticize those who do because they've had legitimate experiences that they don't have answers for. So get out there and try to experience it and see what you find.

Gatollari: Oftentimes... we're going in as skeptics, When we're reviewing evidence there've been times where we thought we experienced something paranormal and then it turns out that it wasn't or the opposite. We thought there was a practical explanation for something, and then we go and review the evidence... So that's the one thing about our show — we get legitimate evidence. We put it through the paces. We have multiple people and experts weighing in on it.

Wilson: But even then, when you catch an amazing piece of evidence, it's "What does it mean?" It shouldn't stop there. It should keep going. You shouldn't be happy with just the evidence, it's the information it provides.

Fox News: How important has it been for your team to seek the truth, as opposed to a “gotcha!” moment?
Wilson: We’ve been doing this for a while. I've been doing this for 30 years, [Gatollari] been doing it for 15? And you do anything that long and it takes a lot to surprise you. And when you're actually looking for paranormal activity, when you find it, you don't want to run away from it.

It's not spooky, it's a chance to gather information. So to me, it's very important to not play into that jump scare, that spooky factor. I mean, it's weird and it's strange and it confuses people and that's why we come in. We come in because we're level-headed. We won't run out on the client or anything like that. To me, that's the crux of it. We're looking for these people and we don't see them as monsters or things. We see them as people.

Gatollari: And we won't take a case unless there is a very, very dire client need. I mean there've been cases that we've shot down cause like, "Oh the location's cool and this could visually make for a good show, but we're like, 'But who are we helping?’". And then there are crickets.

Fox News: Why would certain people or even certain places experience paranormal activity?
Wilson: To me it's very simple. I mean not everything you encounter in the paranormal is just a dead person, but that's a majority of what we're going to encounter, or normal people would encounter. And honestly, if it's an intelligent person who's passed on that you can interact with, they're just a person.

Fox News: What can audiences expect from the upcoming episodes of "Ghost Hunters"?
Wilson: There’s going to be some familiarity with the original version of the show, but we've tended to take it the next step. I feel like the original "Ghost Hunters" opened the eyes to the whole world about the fact that this stuff may be out there, and now we're trying to show you what to do with it. So it's more about the humanity of it, if these entities are out there, they're real people, and how do you treat them, and how do you use this information to help the clients? So it's much more, I would say, much more emotional. Much more personal.