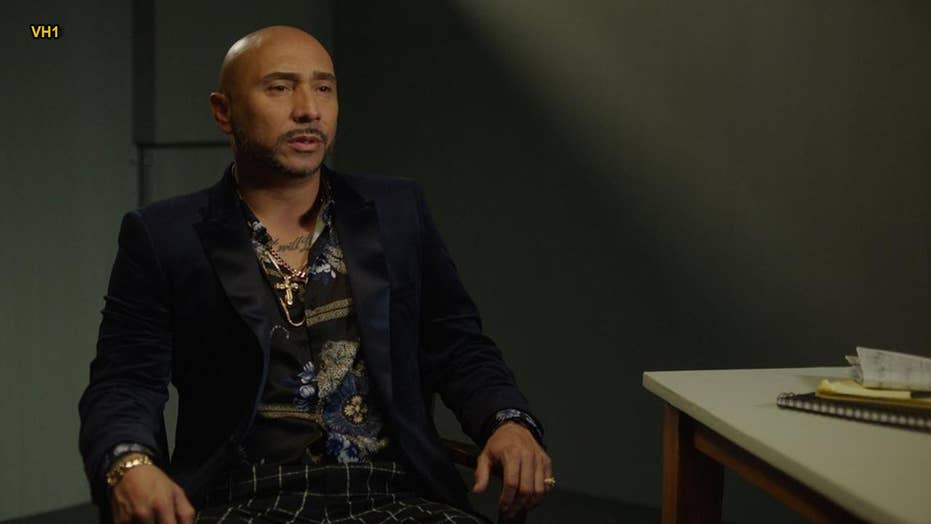 Michael Corleone Blanco, the only living son of the late cocaine godmother, is ready for his close-up once more.

The 41-year-old and his girlfriend, Marie Ramirez De Arellano, are starring in Season 2 of VH1’s reality TV series “Cartel Crew” to prove they’ve distanced themselves from their dark past.

Blanco, who claimed he turned his life around after his mother Griselda was shot to death by a motorcycle-riding assassin in 2012, is the most notorious of the cartel descendants being featured in the show.

The youngest of the four boys, Blanco was given the middle name "Corleone" after Al Pacino's character in the mafia film franchise “The Godfather.”

According to VH1, “Cartel Crew,” which originally premiered in January of this year, aims to look at the lives of the Blancos “as they navigate adulthood and the effects the legacy has had on their upbringing.”

The subjects, based in Miami, allege to have disconnected themselves from the violent narco lifestyle, the network says, and hope to make a name for themselves beyond the drug world.

“We’re not glorifying the life that we lived,” Michael Blanco told Fox News. “We’re glorifying us now reinventing ourselves because of that life we lived… I guess for the rest of my life I’ll be judged a certain way by certain people… Everybody’s going to have an opinion. That’s why we live in this beautiful country. Everybody has an opinion. You have the right to have your opinion. That’s perfectly OK with me.”

"Everybody’s going to have an opinion. That’s why we live in this beautiful country."

The infamous Griselda Blanco, who grew up in the slums of Medellin, Colombia, and was murdered there at age 69, commanded a ruthless crew that shipped an average of 3,400 pounds of cocaine per month to the U.S., the Miami Herald reported.

She is said to have inspired and even groomed Pablo Escobar. It is also estimated Griselda killed over 200 people in her lifetime.

Griselda's reign of terror started in the '70s, Newsweek reported, noting that unofficial tallies link the woman and her organization with at least 250 murders. She is believed to be the mastermind behind the drive-by motorcycle shooting and earned the nickname “black widow” for allegedly killing her three husbands. Two of her sons were later assassinated.

Police caught up to her in 1985, resulting in Griselda spending 19 years in U.S. prisons before cutting a deal in 2004 and being deported to Medellin. She reportedly kept a low profile in her final years before her death.

Blanco was still facing cocaine trafficking charges in Miami at the time of his mother's death and his probation ended last year.

“I find myself being supported a lot by my family,” said Blanco about appearing in “Cartel Crew.” “I mean, there’s always somebody that says, ‘Hey, you don’t think that you shouldn’t talk about this?’ … I just hit them with the truth. I’m like, ‘If anybody has the right to talk about it, it’s me. And if anybody has the right to actually share the life I lived in, it’s me.’ So many years people have tried to share the Blanco story We’re doing it differently on ‘Cartel Crew.’”

“… My hope is that the public understands that we’re not our parents or we’re not the people in the ‘80s,” he continued. “We’re this right now and we’re doing what we do and legally.”

Blanco is aware that since VH1 announced the premiere of “Cartel Crew” in December 2018, many viewers have slammed the series online, insisting the show glamorized drug a criminal lifestyle — one that is far from entertainment and much more horrifying. And while he stressed “Cartel Crew” does not celebrate drug kingpins — past or present — as celebrities, he also acknowledged Hollywood keeps on knocking.

In 2012, the Miami New Times reported Blanco and Griselda sold the rights to their life stories to First Born Films after she was the subject of a 2006 documentary titled “Cocaine Cowboys.” In 2016, The Hollywood Reporter announced Jennifer Lopez was poised to play Griselda in an HBO movie. Then in 2017, Catherine Zeta-Jones starred as Griselda in the Lifetime TV film titled "Cocaine Godmother.”

Earlier this year, Blanco told Fox News that he couldn’t “disclose too much about certain things” regarding the potential film starring Lopez, but that he was “all for JLo playing my mother.” Blanco also shared he runs Puro Blanco, which he described as a lifestyle and clothing brand that pays homage to his mother. In addition, Blanco provides consultation on projects associated with his mother’s life.

Jennifer Lopez told The Hollywood Reporter in 2016 that she would star in and produce an HBO biopic about late drug lord Griselda Blanco. (Rich Fury/Invision/AP, File)

“I guess [it’s] the era,” said Blanco about Hollywood’s growing interest during the ‘80s drug wars where his mother ruled as “La Madrina” (The Godmother).

“… They lived in a moment in time that will never repeat itself again,” he continued. “I guess people find that romance in the era and [the fact that] these people were able to create so much money… we’ll probably never see [that] again. I think that’s why Hollywood is so in love with the lifestyle.”

Blanco said it took his mother’s assassination to turn his own life around. And while he’s aware Griselda was one of the most feared drug lords of Colombia’s Medellin Cartel, Blanco also isn’t afraid to admit that he still loves his mother.

“That’s my momma,” he said. “How important it is? It’s the most important thing to me. In Colombia, we say, ‘You can’t deny your parents. You can’t deny your mother and the mother shouldn’t deny her children.’ So I’ll never deny my mother… She took care of me and I love her forever.”