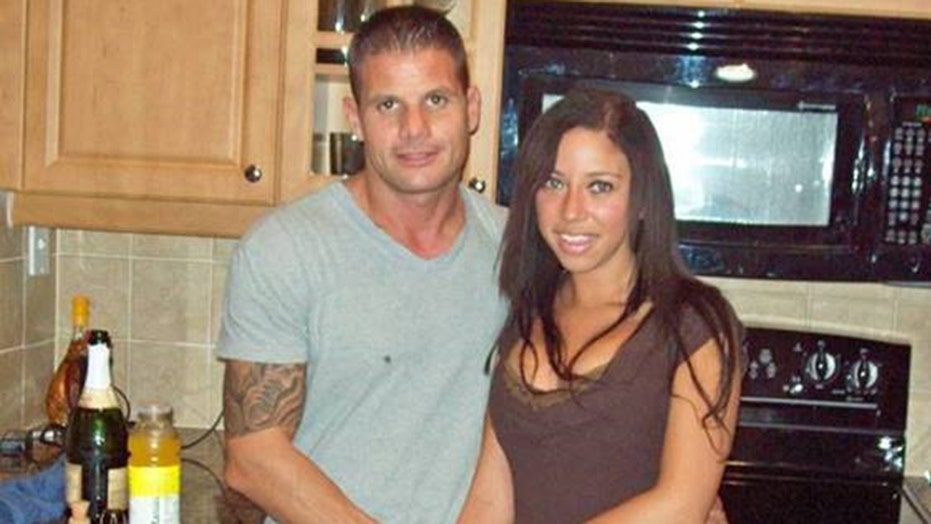 Mike Dippolito wasn’t that surprised when he learned from investigators that his then-wife, Dalia Dippolito, was trying to hire a hit man to kill him with the help of a former lover.

The shocking tale, which gained national attention when it was featured on the TV shows “Cops” and “20/20,” is now being analyzed in the new season of Oxygen’s true-crime docuseries “Murder for Hire” premiering Oct. 5. The show, from executive producer Dick Wolf, of “Law & Order” fame, explores the dark world of contract killings, highlighting some of the most shocking murder-for-hire cases ever caught on tape from across the country.

WYOMING MAN RECALLS EX-WIFE'S ATTEMPT TO HIRE A HIT MAN IN NEW DOC: 'I DON'T THINK SHE HAS REMORSE'

“I knew it,” Dippolito told Fox News. “I couldn’t catch her doing anything. But I had my eye on her and I had a good suspicion… I’m not oblivious to what’s going on around me, but who wants to immediately think it’s your girl or your wife? That’s just not a natural reaction… But I was praying it wasn’t her.”

Dippolito is aware that his story is unusual, even from the beginning. Before his newlywed spouse, now 36, was trying to have him killed, the pair met in October 2008 while she was working as a professional escort.

“I did order an escort,” Dippolito admitted. “It was weird. I had a connection with her immediately. She was uncomfortable, I was uncomfortable. She’s doing something she shouldn’t be doing and I’m doing something I shouldn’t be doing. But we still had that moment where it was just two regular people getting along. And there was a connection. It was more than what we were doing.”

“After the second time we met, we got along extremely well," he continued. "It seemed like we had the same goals in mind. I was heading towards doing things I’ve been trying to do and she told me she was a real estate agent. Everything was just going well, or so it seemed.”

In February 2009, four months after Dalia showed up at Dippolito’s door, the couple married.

“I remember we were out having lunch and we were like, ‘Why don’t we just get married?’” Dippolito explained. “‘What’s the difference? Let’s just do it.’ I wanted to get married, but… I should have gone a lot slower."

Dippolito said he was eager to have a fresh start after dealing with his own legal troubles. In 2009, Broward Palm Beach New Times reported Dippolito ran a telemarketing business that preyed on strangers, convincing them to invest in the foreign currency options market of 2001.

Court documents showed Dippolito’s companies collected more than $200,000 in about 11 months. The outlet shared that by February 2002, customers started complaining to the Federal Commodity Futures Trading Commission. While investors were told they made a profit, Dippolito never wired their earnings.

Mike Dippolito said his ex-wife Dalia Dippolito was working as an escort when they first met. (Courtesy of Oxygen)

Dippolito was arrested on March 2002 and pleaded guilty to charges of organized fraud and unlicensed telemarketing. He was sentenced to two years in state prison but served seven months for the time he spent in jail awaiting trial. He was ordered to pay restitution every month to his victims.

“I paid every penny back that I was supposed to pay,” said Dippolito. “I did everything I said I was going to do. That’s what made these past 10 years harder."

The seemingly blissful, whirlwind marriage Dippolito happily dived into went crashing fast. The South Florida Sun Sentinal reported Dippolito accused Dalia of making off with $100,000 of his savings intended as restitution payments for his victims. Dalia also convinced Dippolito to give her sole ownership of his house.

The case of Dalia Dippolito is chronicled on Oxgen's docuseries "Murder for Hire." (Courtesy of Oxygen)

According to police records, Dalia was planting drugs in Dippolito’s car in a failed attempt to get his probation revoked, the outlet shared. Then, detectives said, she tried to have Dippolito killed.

The documentary showed Dalia told former lover Mohamed Shihadeh she wanted her husband dead and was ready to hire a hit man to do the deed. A concerned Shihadeh then contacted Boynton Beach Police to reveal Dalia’s plot. The South Florida Sun-Sentinel reported Shihadeh immediately began to work for investigators as an informant.

Dalia wound up meeting a hit man – who actually was an undercover cop – and insisted she was “like 5,000 percent sure” she wanted Dippolito gone for good. Dalia agreed to pay the undercover officer, Widy Jean, $7,000. She also discussed various plots before Jean said he would kill her husband at the couple’s home, making it look like a botched burglary while she was at the gym.

“Half of me was relieved,” said Dippolito, explaining his missing savings and the drugs found in his car finally made sense. “I just knew it. But the other half of me was scared to death. Because what’s going to happen to me now?”

The documentary revealed police kept Dippolito safe as they staged a murder scene at the couple’s home. Video footage showed officers confronting Dalia, who believed her husband was fatally shot. As Dalia was taken away, Boynton Beach Police posted the video on YouTube where it quickly went viral, the outlet shared

Dippolito vividly remembered the moment when he finally confronted Dalia.

“I told her, ‘You’re caught,’” he recalled. “… She just kept lying. I actually started laughing right in front of her. Maybe I felt like crying, but I laughed. I thought maybe the law would crack her, but it didn’t. She just kept lying to my face. But I finally caught her red-handed.”

Prosecutors believed Dalia wanted control of the couple’s Palm Beach County townhouse and his savings. But a 2011 conviction and a 20-year sentence were thrown out on appeal. Then a 2016 retrial ended with a hung jury.

Dippolito said that while he was the victim in this case, he was painted out as a criminal during the lengthy trials.

“At the time, I was trying to pay my victims back,” he explained. “Dalia was trying to steal my money and have me killed. I wasn’t doing anything wrong. I was making my payments — my full payments. And I haven’t been in trouble once since then… My mother just passed away this year. She probably had like three nervous breakdowns over this.”

Dalia was finally convicted in 2017 and given a 16-year sentence for soliciting first-degree murder. She is currently held at a women's prison in central Florida.

Dippolito said he’s determined to build a new life for himself, one that is scandal-free. He recently earned his real estate license and said he paid off his debts. Now, Dippolito said, he can “start living.”

“I finally got my freedom back,” said Dippolito. “.. I have no legal issues. [But] I’m disappointed [Dalia] was so dumb to do what she did. Stealing is bad enough, but you’re going to kill me over it? You could have hired a lawyer and moved out… You would have gotten half of what we had and everybody would have gone their separate ways… I just feel bad that she didn’t have enough sense. It’s terrible. It’s so stupid. I don’t know, I probably would have just given her the money. It’s just insane.”

Dippolito knows he’s made plenty of his mistakes in his life. He hopes his story on “Murder for Hire” will serve as a warning.

“If anybody is watching, don’t do anything so dumb,” he said. “It’s not worth it… Have you not watched these shows? They tell you exactly what not to do. Yet people still do it. If you’re unhappy in a relationship, just leave.”

"Murder for Hire" premieres Oct. 5 at 6 p.m. on Oxygen. The Associated Press contributed to this report.