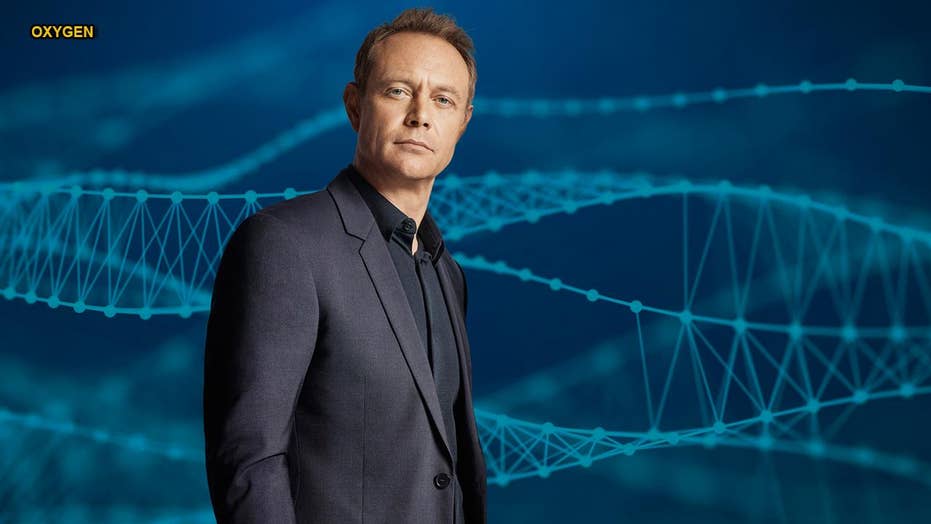 Holes, the former chief of forensics for the Contra Costa County, Calif., District Attorney’s office, is the host of a new true-crime series on Oxygen titled, “The DNA of Murder with Paul Holes.” Each hour-long episode focuses on an unsolved murder somewhere in America. Holes investigates each case and lends his expertise to local law enforcement actively searching for answers.

“[This] is a show that I helped create,” Holes told Fox News. “I worked with the production company and the Oxygen network in order to come up with this concept. And what’s exciting about it is during the course of my career, I was a cold case investigator and that’s my passion.”

“I like going after these unsolved cases,” he continued. "In essence, I am doing ... what I did when I was active in investigating cold cases. And so the viewers are going to see sort of an inside track on how an investigation is conducted.”

Paul Holes has a new series on Oxygen titled "The DNA of Murder with Paul Holes." (Oxygen)

Holes is famously known for his involvement with the arrest of the alleged Golden State Killer, who had eluded capture for decades.

Joseph DeAngelo, 73, was taken into custody last year based on DNA evidence linking him to at least 13 murders and more than 50 rapes across California in the 1970s and ‘80s. He’s awaiting trial on 26 charges in a Sacramento jail and has not entered a plea.

Holes, who was working on the case at the time, said DNA profiling techniques helped lead to an arrest. The Golden State Killer went undetected for years as he broke into his victims' homes to rape and murder them. It is believed his final victim was killed in 1986.

Holes started his search for the killer as a police academy graduate and forensic toxicologist in Contra Costa when he was in his 20s, according to The Sacramento Bee. The Golden State Killer case became a career-long obsession.

But even with DeAngelo behind bars and Holes retired, the former lawman still has the urge to help grieving loved ones.

“… In the last 10 years of my career, I was working [the Golden State Killer case] every day,” he explained. “And then once that case got solved and I was retired, I just ... felt a void. It’s like, ‘What am I going to do?’ Well, this show is allowing me to step back into that investigative role of evaluating crime scenes, looking at what kinds of forensic testing can be done and to see if I can help law enforcement agencies across the nation solve some of the most difficult and horrific unsolved cases out there.”

And Holes insisted “The DNA of Murder” could finally lead to answers.

“It is absolutely possible that cases can and will be solved during the course of ‘The DNA of Murder,’” he insisted. “My goal is to advance every single case. I want the law enforcement agency and the victims’ families to understand that when I have come into the case and I have assessed the case that they’re better off than before. But there are cases that I am incredibly optimistic are solvable and that can be solved with the steps that I am taking…”

An attendee holds a photo of Cheri Domingo and her boyfriend Gregory Sanchez, who were killed in 1981, during DeAngelo's arraignment. (Photo by Justin Sullivan/Getty Images)

The first episode focuses on Rose Burkert, a 22-year-old nurse, and her married boyfriend, 32-year-old Roger Atkison. On Sept. 12, 1980, the pair checked into a Holiday Inn near Williamsburg, Iowa. After a last-minute cancellation, Atkison and Burkert were able to book a room at the hotel where a mortician’s convention was being held. However, Atkison and Burkert were found dead in their rooms.

According to News Press Now, investigators described the scene as “overkill.” Several head wounds on both Burkert and Atkison indicated they were killed by a hatchet. There was no sign of forced entry and chairs were arranged near the bed as if the killer had carried on a conversation with the victims.

For the episode, Holes met with Burkert's best friend, as well as Atkison’s brother and widow.

“Anytime I sit down and I talk to the victim’s families, it’s always hard,” Holes admitted. “Even in a case like Roger and Rose’s, which occurred all the way back in 1980, to this day, these families, they’ve suffered not only a horrible loss of this loved one, but they’ve been traumatized as a result of that loss, of that homicide. And they want answers. So, sitting down with them is absolutely necessary for me in order to establish a rapport and to get to understand who the victims were. But also, my role is to comfort them.”

“It’s a tough balance to have, being an investigator, as well as somebody [who] is trying to say, ‘Hey, I’m trying to make your life better. Get you the answers you’re desperately seeking.' But seeing the pain on their faces and hearing the voice quiver as they talk about their loved one and the trauma that they suffered is emotional. [But] it’s just part of the job.”

And when it comes to “The DNA of Murder,” Holes said the response he’s received from local law enforcement agencies has been positive.

“Law enforcement has been great,” he said. “And of course, I come out of law enforcement. I talk their language. Some agencies are, ‘We got this. We’re continuing to move forward with our case.’ But then [there are] other agencies that have their arms wide open and say, ‘Paul, please come in and take a look. See what you can see.’ Whether it’s just me having fresh eyes or I’m coming in with a level of experience and expertise that the agency doesn’t have.”

Holes hopes “The DNA of Murder” will give viewers a closer look at how investigations are conducted.

“Law enforcement agencies are allowing me to come in and take a look at their case files, their evidence, their forensic testing results,” said Holes. “I will [then] proceed with my investigation and then update law enforcement as to what I think is the most likely way that they will be able to solve their case. Additionally, I am talking to witnesses, I'm talking to the victims' families. The audiences are going to start to understand what happened to these victims, who these victims were [and] that these victims never should have died the way they died.

“So there is an insight into the investigation, an insight into who the victims are, as well as what the story is about the crime and this act of investigation. So 'The DNA of Murder' is unique in many ways in that I am going in and working collaboratively with local law enforcement on their unsolved case.”

"The DNA of Murder with Paul Holes" premieres Oct. 12 at 8 p.m. on Oxygen. The Associated Press contributed to this report.