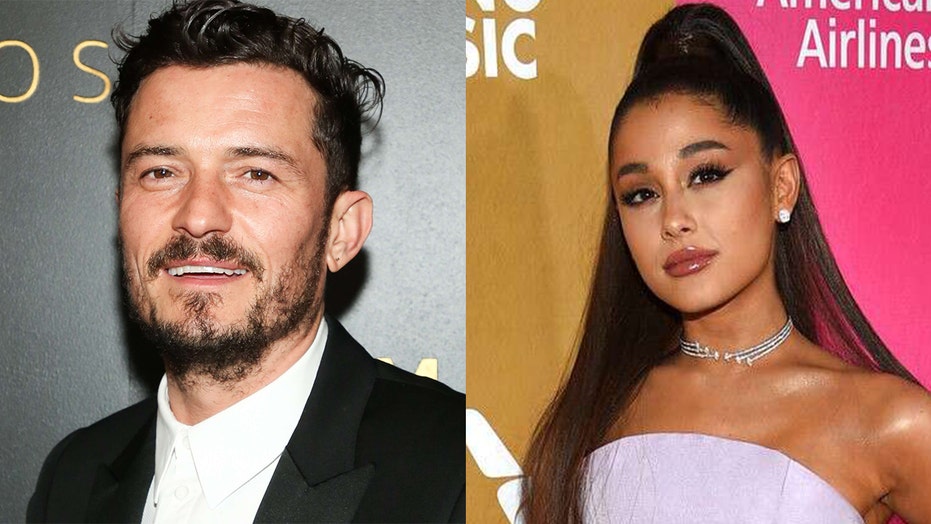 Whether the artwork is to express themselves, to honor a loved one or just to add to their growing collection — celebrities have a passion for fresh ink.

But sometimes, mishaps happen and tattoos turn out, well, not exactly the way they were intended to appear.

Here's a look at some tattoos that have accidentally gone wrong:

The "Pirates of the Caribbean" star recently took to Instagram to share a photo of his new tattoo: the name of his son, Flynn, spelled in morse code on his forearm. It also features the date and time of Flynn's birth.

"New #tattoo can you guess who?" he wrote in the caption. Unfortunately for the 43-year-old actor, the name was misspelled.

The lettering on Bloom's arm spells F-R-Y-N-N, with a single dot missing, symbolizing "R" rather than "L."

Bloom's tattoo artist also shared a photo of the ink at the time, acknowledging the foul-up. Not to fret though, Bloom got the ink fixed shortly after.

Ariana Grande revealed in January 2019 that she fixed her Japanese text tattoo after fans pointed out that the ink, which was supposed to read “7 Rings,” actually spelled out “shichirin,” which translates to a Japanese style barbecue grill.

"Slightly better. Thanks to my tutor for helping me fix and to @kanenavasard for being a legend. And to my doctor for the lidocaine shots (no joke). Rip tiny charcoal grill. Miss you man. I actually really liked u," the singer, 26, wrote along with a photo of the edited tattoo on her Instagram Story at the time.

JENNIFER LAWRENCE REVEALS HOW SHE KNEW COOKE MARONEY WAS THE ONE

While at ComicCon in 2015, the actress opened up about a time when she was hanging out with her "Hunger Games" co-star, Liam Hemsworth's family, and everyone was getting tattoos.

"... And I was like, well, I'm always going to need to be hydrated so I guess I should just get H2O on my hand..." Lawrence, 29, recalled to HitFix of her ink, which ended up having a slight mishap.

Lady Gaga revealed she averted a “musical crisis” in February 2019 after she realized she forgot to ink the fifth staff line in her musical note-inspired tattoo, which featured G-A-G-A spelled out in musical notes.

“Musical crisis averted. Too many tequilas forgot the fifth staff line poor thing. Here’s the real deal,” she wrote on Instagram at the time showing off the corrected ink.

“As a music theory student, I’m appalled. As someone having fun with their friends, I’m relieved,” Gaga, 33, confessed in a separate video post of the tattoo blunder.

Jessie J showed some skin in a bikini shot shared to social media in May 2019. In the post, the "Bang Bang" singer addressed the visible tattoo near her hip and how it included a spelling error.

She noted that the ink, which she got done as a teenager, is of her own song lyrics.

“Yes my tattoo says... ‘don’t loose who you are in the blur of the stars.’ Yes they are MY lyrics from my song who you are. Yes that I wrote. Yes I spelt the tattoo wrong. Yes I repeat it’s spelt wrong. Yes I got it done in Essex. Yes the tattoo artist didn’t mention it. Yes I was 18. Yes I still don’t know the difference between lose and loose,” she wrote.

The songstress, 31, also explained that her misspelled ink is why she wears high-waisted clothing.