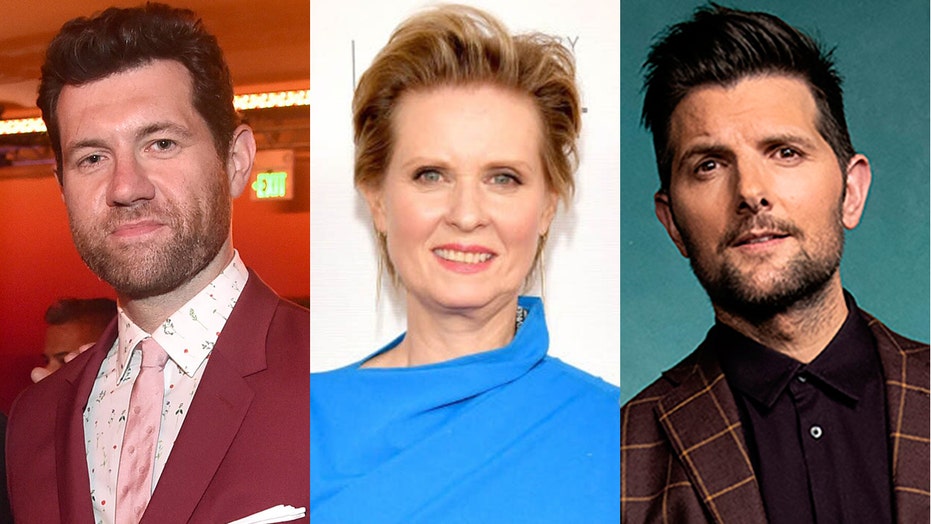 Voters in South Carolina and across the country, as well as outspoken celebrities in Hollywood, tuned in on Tuesday to watch the remaining 2020 Democratic presidential hopefuls engage in their most intense debate yet.

After winning early states, almost every candidate set their sights on front-runner Sanders. The self-described democratic socialist was hammered on his plans and where the money will come to fund them. In addition, latecomer to the race, Bloomberg, had to handle another deluge of criticism over his past policies such as stop and frisk, sexual harassment allegations and his tax returns, much to the dismay of his supporters in the crowd.

Celebrities took to Twitter to comment on the 2020 candidates' performance at the South Carolina debate. (AP Photo/Patrick Semansky)

Several stars and celebrities who are paying attention to the primary race took to Twitter during the debate to share their thoughts on the issues and to take a few playful jabs at some of the candidates.

Actor Michael McKean got the ball rolling with a joke about Bloomberg’s ad campaign leading up to the debate.

“Our pregnant friend had a sonogram yesterday and there was a Bloomberg ad on the readout,” he wrote.

"The audience at the debate — tickets to get in cost up to $3,200. No surprise to see Bloomberg get some cheers. Is there any joy in watching this debate?" filmmaker Michael Moore said of the former New York City mayor's obvious support in the room.

"After watching the Democrat candidates debate it became crystal clear that any one of them was a thousand times more qualified to be our President than the joker, who, with Russia's help stole the Office from Hillary," actor Carl Reiner wrote.

"That face you make when you've been trying to be president for 30+ years and you finally realize it's never gonna happen," comedian Hannibal Buress wrote over a photo of Biden.

"It’s cynical & maybe a little “tinfoil hat” to suggest Bloomberg hired people to cheer & clap for him at the debate. Couldn’t they merely be a concentration of concerned voters who believe in his policies & had thousands of dollars to spend on debate tickets?" comedian Paul F. Tompkins noted.

"While the world burns, melts and gets sick these children and opportunists running for president talk about a dirty joke from the 80s. What’s the emoji for Losers?" Bill Maher tweeted.

"Please honor the rules of the debate. The first rule is there are no rules....” wrote Mike Birbiglia.

"What I really do love about the debates is that they’re really one of the only times you see old people on TV," Billy Eichner tweeted.

"How are we supposed to have little “d” democratic debates if the insidious billionaire on the stage buys up all the tickets and has his hand-picked audience repeatedly boo his opponents?" wrote "Sex and the City" star and former New York gubernatorial candidate Cynthia Nixon.

"The moderators of this debate smoked a joint together at approx 4:50p," Adam Scott wrote.