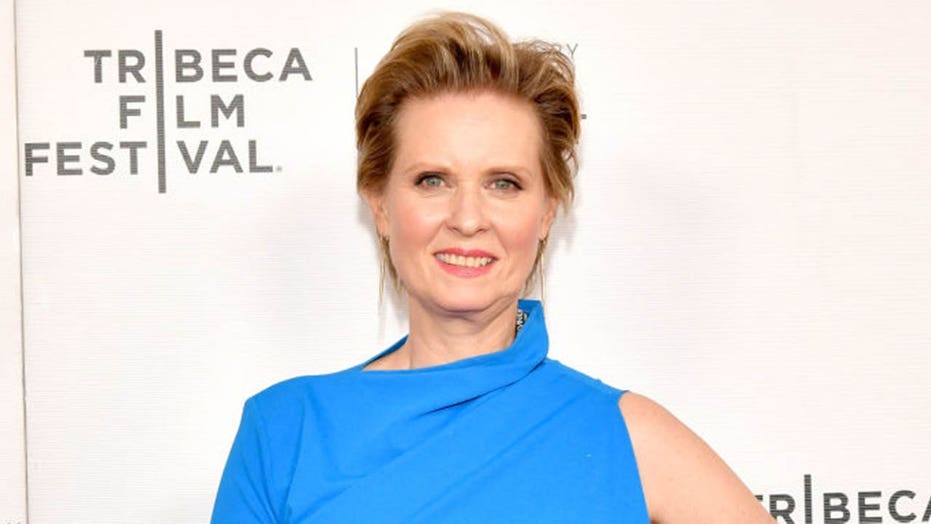 Cynthia Nixon criticized Michael Bloomberg while promoting the candidacy of Bernie Sanders in a lengthy op-ed published earlier this week.

The “Sex and the City” actress and former Democratic candidate for New York governor has been hitting the campaign trail for Sanders in the 2020 presidential election. She penned the article for NBC News following the Democratic debate in Nevada, the first that the former New York City mayor participated in.

Nixon began her op-ed with a scathing rebuke of Donald Trump and the effects of billionaires on politics in general.

'SEX AND THE CITY' STAR CYNTHIA NIXON COULD BE NEW YORK'S NEXT GOVERNOR: A LOOK AT HER POLITICAL ACTIVISM

“Trump spoke directly to primarily white working-class voters, and he lied to them. He told them that he felt their pain and was going to fix it. And then he wrapped it all up in a big ugly bow of white supremacy that placed the blame on the ‘other,’” she wrote. “He distracted us from the real problem — which is that billionaires like him have rigged the system to such an obscene degree that the three wealthiest families in America now own more wealth than the entire bottom half of the country combined.”

From there, she noted that the country has changed under Trump, causing her to question why Democrats would accept Bloomberg if they hope to change the direction the current president has taken the country.

“Now that Sanders has led the Democratic field to nearly unequivocally assert that, yes, the time for universal health care has come, why are we considering the candidates who are johnny-come-latelys to this position and the baby steppers who are hesitant about implementing it? Why aren’t we all supporting the man who ‘wrote the damn bill?’” she wrote.

Nixon later added: “As our economy skews more and more toward wealthy people and the billionaires who are gorging themselves at the banquet, how can we elect a billionaire and expect him to reorder our country so that it works for everyone?”

The actress-turned-political-candidate went on to note that far too many Democrats seem to be settling for a Bloomberg candidacy despite other front-runners like Sanders promising to address their problems.

“The mantra we hear out of a panicked Democratic establishment is that we must have ‘unity.’ Unity shouldn’t mean that people who are suffering are told to just shut up and vote Democratic and we’ll get to your problems later,” she explained.

The star concluded her article by once again throwing her full support behind Sanders.

“We are all desperately worried about finding the candidate who can take out Trump, and some keep making the argument that we must compromise our values and needs to achieve that,” she wrote. “I’ve got good news: With Bernie Sanders, we don’t have to.”