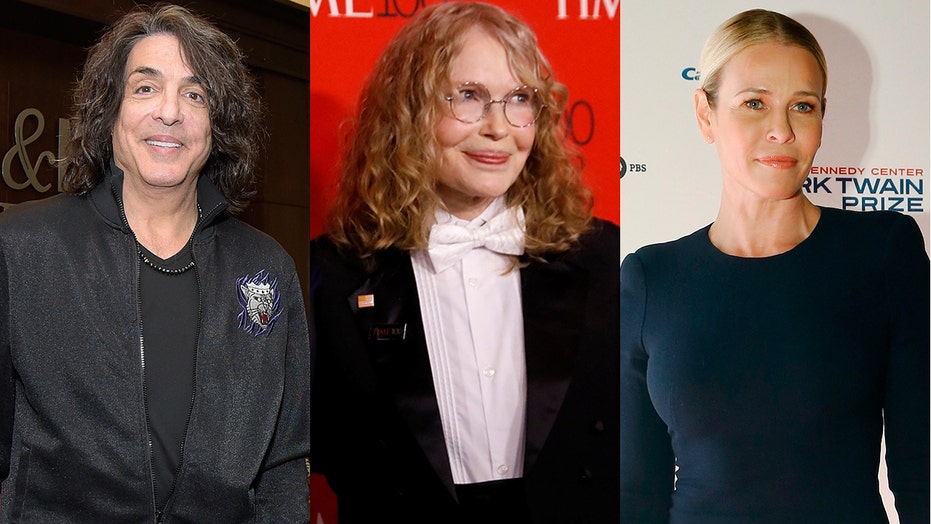 Celebrities are taking to social media to call for gun control in the wake of a random shooting rampage in West Texas Saturday that left 7 dead and a further 22 injured.

The deceased victims ranged from 15 to 57. The gunman—who was identified in a press release Sunday—used an “AR-type weapon” in the rampage that had multiple crime scenes.

Outspoken celebrities took to Twitter over the weekend to comment on the shooting spree and, in some cases, call for leaders to change gun laws in an effort to reduce or prevent more mass shootings.

KISS band member Paul Stanley asked his followers on what to do about shootings like this.

“We don’t have more ‘crazy ‘ or ‘mentally unstable ‘ people in the US. What we DO have are commonplace mass shootings with automatic and semi-automatic high powered firearms. THAT cannot be disputed. Tell me what we and our government must do. Prayers and sympathy are not enough,” he wrote. “I DON’T KNOW THE ANSWER but am asking for everyone’s thoughts. Anyone who thinks I should 'stay in my lane' should leave now. This is MY house. If you DO have opinions why shouldn’t I? In this case I will leave up some of those dopey comments for your enjoyment. Not again.”

"Happy Friday, everyone. And to Republicans, how about no white supremacists with guns after Labor Day?" comedian Chelsea Handler wrote.

"GUN OWNERS ❤️ THE NRA
IT’S SHOCKING HOW MUCH THEY WILL PAY
TO BUY WAYNE LAPIERRE HIS SUITS
AND MAKE-UP FOR HIS WIFE, TO BOOT
SUITS AND ROUGE AIN’T MAGIC WANDS:
THESE TWO ARE A PAIR OF CONS!" wrote Bette Midler in all caps.

"Star Trek" star George Takei called out Sen. Mitch McConnell by name writing: "When will the Senate act on gun control? How many more mass shootings will we see before we come to our senses? Mitch McConnell, the nation is watching and waiting for you to somehow find your soul."

"Over the last 24hrs people have asked why I haven’t posted anything, 'don’t u have anything 2 say about the mass shooting in Odessa, TX?' No, I don’t. I said what I had to say in 2002. Sadly, that film could be shown today without having 2 change a single scene. We know what 2 do," wrote filmmaker Michael Moore referencing his 2002 film "Bowling for Columbine."

"I love you, TX. 💔 I can’t believe we all are being forced to live in a constant state of fear. 2nd mass shooting in my home state in a month? Makes me sick to my stomach. When will we live in a world where human lives mean more than money?" wrote singer Kacey Musgraves.

"God gave you the right to guns?   Really?  He told you that? God loves guns?  Our country is drowning in blood and guns.  You just want to make it easier for any lunatic to get one during this moment of horror?  Shame on you. We need sane gun laws," filmmaker Judd Apatow wrote in response to Rep. Matt Schaefer's tweet about gun control.

"When are the benchwarmers in Washington going to do something about the river of blood produced by gun violence? Change tHe laws or change the ones who make the laws," author Stephen King chimed in.

"We HAVE A CRISIS HERE," concluded Mia Farrow.