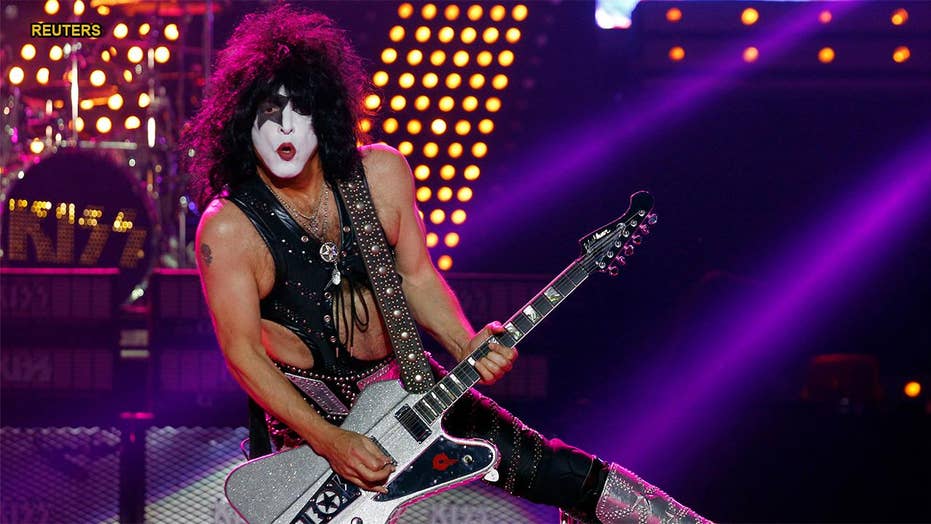 KISS singer Paul Stanley weighs in on Ace Frehley, Gene Simmons feud: ‘I wouldn’t lose any sleep over it’

Paul Stanley believes that with time, Ace Frehley and Gene Simmons will solve their public feud.

“I think that whatever ill will or anger there is, [it] usually dissipates over time; hopefully, it will,” the KISS frontman told Fox News. “The difference between us and other families or other relationships is that ours finds its way into the news. Everybody goes through things that are similar but in our case, it’s entertainment for people."

The two rockers stirred headlines in January when Simmons, 68, told Guitar World (via Blabbermouth) that he wasn’t sure Frehley, a founding member of the glam rock band KISS, along with Peter Criss, would ever officially be a part of the group ever again.

"Ace and Peter have gotten three chances. They were in and out of the band – fired – three times. For drugs, alcohol, bad behavior, being unprofessional," Simmons alleged. "They weren't carrying their load ... We'd love to have Ace and Peter join us here and there. And if they don't, it's not going to be because of us. But they're never going to be in KISS again.”

Inductees Ace Frehley and Gene Simmons of KISS speak onstage at the 29th Annual Rock And Roll Hall Of Fame Induction Ceremony at Barclays Center of Brooklyn on April 10, 2014, in New York City. (Photo by Kevin Kane/WireImage for Rock and Roll Hall of Fame)

He added, "Would we welcome Ace or Peter to jump up onstage for a song or two? Of course. Could we depend on either Ace or Peter to do a full set night after night? Not on your f—ing life.”

In response, the 66-year-old wrote a blistering Facebook post, accusing the rocker of lying about his past with KISS, attempting to sabotage his solo career and even allegedly groping his wife. 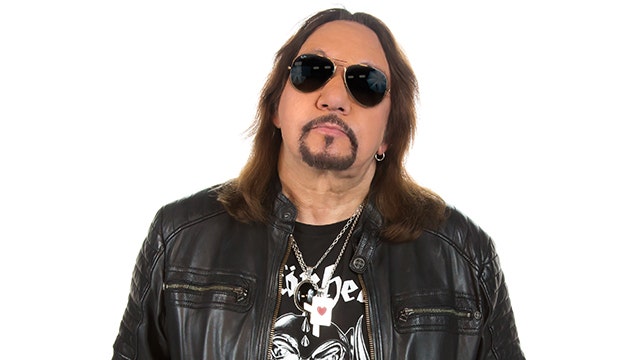 "The icing on the cake was when you groped my wife and propositioned her in Los Angeles at the Capitol Records building behind my back, when I was trying to help you out at one of your 'Vault Experiences' which I only found out about several weeks later…she was planning on pursuing a suit against you, but I told her to call it off," he wrote.

At the time, a rep for Simmons did not immediately return a request for comment on Frehley’s claims.

But Stanley isn’t worried about old wounds. He’s looking towards the future and what it holds for him. Earlier this year, KISS kicked off their “End of The Road” tour, which the band promises to be its last ever. The 67-year-old also recently published a new book titled “Backstage Pass” where he details his philosophy on life and the many lessons he’s learned along the way.

“It is the end of the road,” said Stanley. “Touring is, at this point, it’s luxurious. We do everything first class, but there’s a point in your life where you realize that time is limited, time is finite, life is finite and you have to pick and choose what you want to do. And besides not wanting to be away from home as much, physically, it’s incredibly demanding. You don’t see basketball players, football players in their 60s, but you’re looking at a guy who does a work that’s every bit as strenuous sitting right here and I’ve got the scars to prove it.”

In his book, Stanley admitted there was a time when he was frustrated that Simmons seemingly got all the media attention for being the face of KISS with his infamous long tongue and demon makeup. It also didn’t hurt for Simmons to spit blood on stage for shock value and get the girls (the New York Times reported it was allegedly over the 3,000 mark in 1997). Meanwhile, Stanley is undeniably the voice of KISS.

LONDON, UNITED KINGDOM - OCTOBER 23: Gene Simmons and Paul Stanley of American Heavy Metal group KISS, perform on stage on the 'Lick It Up' tour, the band's first without makeup, at Wembley Arena on October 23rd, 1983 in London, England. (Photo by Pete Still/Redferns)

“I’d say a good analogy is winning the lottery and complaining about taxes,” said Stanley. “You don’t always get everything. The fact is that Gene’s makeup certainly is quintessential KISS. Gene is very vocal and like a certain amount of attention. And there’s the old adage, the squeaky wheel gets the oil. I don’t squeak a lot. I had to also come to terms with the fact that we’re different people, and we have different results of that. But this is a partnership that’s lasted 50 years, and we’re incredibly blessed because we both have the lives that we would want or probably never could have dreamed of, and we made that possible for each other.”

And despite the fame and fortune Stanley has achieved with KISS since the band formed in 1973, he’s also a proud family man to four children. And after being married to Pamela Bowen from 1992 until 2001, he found love again with Erin Sutton. The couple tied the knot in 2005 and have been happily married since.

“I think the key to influencing people is to lead by example,” said Stanley on instilling certain values to his children. “It’s really not what you tell your children, it’s what they see. And for me, I’ve always led my life with the idea that my children are watching and they will emulate what they see.”

“In most lives, I think you find that you pattern yourself on what you saw at home,” continued Stanley. “So regardless of how much money you have or how little money, whatever economic strata, I think the important thing is to teach your children morality and ethics that transcends economics or anything else. And the best way to teach that, other than to tell your children, is to reinforce it by them seeing you live it.”

Through KISS, Stanley was given the liberty to not only pursue his passion for rock ’n’ roll but also take risks on his terms. Many members of the KISS Army accused the group of selling out when they famously went disco at one point in 1979 for their “Dynasty” album. The result was the glitzy single “I Was Made for Lovin’ You,” one that Stanley isn’t afraid to admit he wrote.

Looking back, does Stanley have any regrets? No, he insisted.

Paul Stanley says he has no regrets. (Brian Lowe)

“I have no regrets in life,” he explained. “I think it’s important to not get caught up in what I call ‘would of, should of, could of,’ which is you reach a point in your life where you have regrets of what you didn’t do or how you handled situations. I know I’ve always done the best I can and I’ve certainly not let anyone else hold me back. It’s very easy to find people who want you to live within their boundaries or to live within their limitations and I’ve never subscribed to that kind of life.”

“And as far as I know, this is my own chance at this life,” he continued. “So I’m going to make sure that I do everything I can. I’ve never hurt anybody intentionally. That being said, I’ve lived a full life and intend to live it more.”