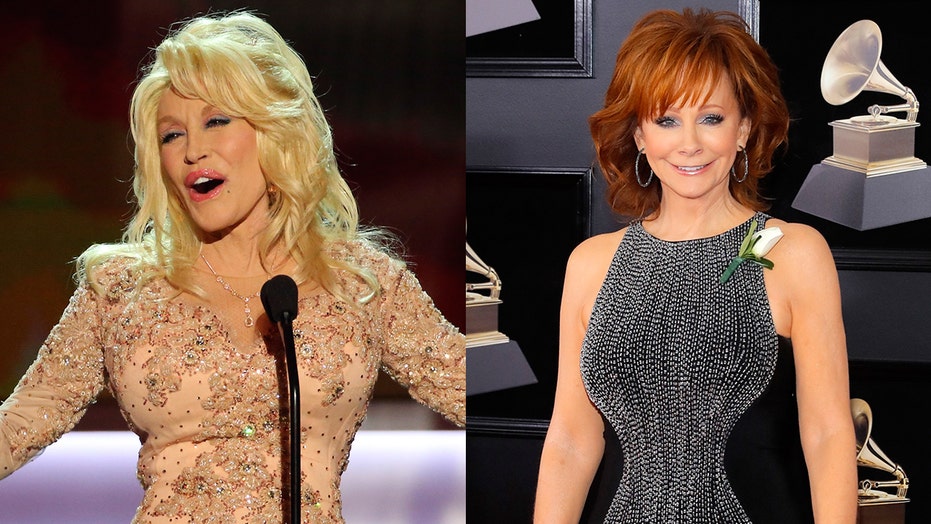 Carrie Underwood will be mixing up her Country Music Association Awards hosting duties for the first time now that her co-host since 2008, Brad Paisley, is taking a break for the 2019 show.

Fortunately, Paisley leaving doesn't mean she'll be on her own: The CMAs announced Monday that "special guest hosts" Dolly Parton and Reba McEntire will join Underwood during the Nov. 13 event. The organization says the show will celebrate "legendary women in Country Music throughout the ceremony."

Paisley's representatives had no comment for Fox News concerning why he's not hosting, but he acknowledged the change on Twitter writing: "As a fan of all 3 of these amazing women, I can’t wait to watch."

The CMA Awards will air live on ABC from the Bridgestone Arena in Nashville, Tennessee.

Though female acts are finding success on the country music scene, they've received little love on country radio as male acts continue to dominate. The last time a woman won CMA's top prize, entertainer of the year, was in 2011 when Taylor Swift won the honor.

Hosts Brad Paisley, left, and Carrie Underwood during the opening of the 51st annual CMA Awards in Nashville, Tenn. Underwood will be working triple-duty at the 2018 Country Music Association Awards as co-host, performer and nominee. The singer, who is hosting the show alongside Brad Paisley for the 11th time, is pregnant and will hit the stage Wednesday night at the Bridgestone Arena in Nashville, Tennessee. (Photo by Chris Pizzello/Invision/AP, File)

ALL THE BIGGEST CMA AWARDS WINNERS

“It’s an incredible honor to welcome Carrie, Reba and Dolly to the CMA Awards stage this year,” Sarah Trahern, CMA Chief Executive Officer said on the organization's website. “In addition to awarding the year’s best and brightest in the genre, ‘The 53rd Annual CMA Awards’ will celebrate the legacy of women within Country Music, and we couldn’t think of a more dynamic group of women to host the show.”

Nominees for the CMA Awards will be announced Aug. 28.