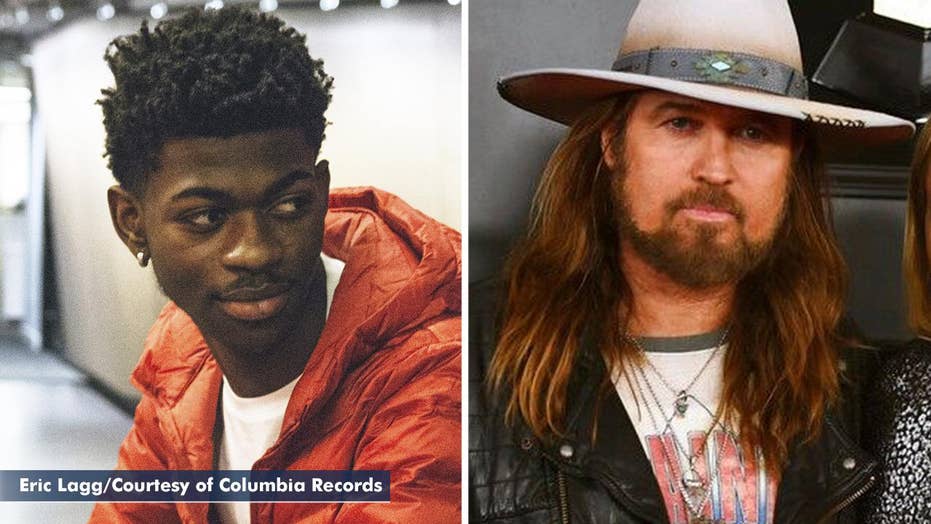 Though Lil Nas X has broken chart records and become a streaming juggernaut with his breakout country rap hit “Old Town Road” with Billy Ray Cyrus, the song faces an uphill challenge to get a nomination for a CMA award.

Ballots have gone out for nominations for the Country Music Association Awards, but some voters are struggling to decide how to recognize the musical phenomenon of the year, which has become the longest-running No. 1 song in the history of Billboard’s Hot 100.

Billboard decided “Old Town Road” wasn’t a country song and pulled it off country charts early on, but the song made enough of an impact anyway that it became eligible for a number of CMA categories this year, including single of the year and song of the year. CMA voters, which include musicians, producers, songwriters, touring professionals, country radio employees and others, vote in three ballots with the final nominations typically being announced in late August or early September. The award show will air Nov. 13.

But there are already signs that the song isn’t getting wide support. It failed to get enough votes in the major song categories. The song only earned enough votes to be considered in the musical event category on the second ballot, which went out to voters Monday.

Lil Nas X visits the Country Hits Radio studios on July 04, 2019 in London. The rapper's smash "Old Town Road" has CMA Awards voters divided on whether it's "country" enough to qualify for a trophy.

Shane McAnally, one of country’s biggest hit-makers who has written for Sam Hunt, Kacey Musgraves, Kenny Chesney and more, said he’s been impressed with the way the song has resonated with fans, but it never felt country to him.

“I just think country people do not see that as a country song,” said McAnally, who is co-president of Monument Records and one of three producers on NBC’s song competition series, “Songland.” ″Pop listeners think it’s a country song.”

The song’s genreless approach by mixing trap beats with a Nine Inch Nails sample and Western-themed lyrics appealed to millennials on TikTok but took Nashville’s music industry by surprise. While pop, rap and rock artists have gotten CMA nominations before, it’s a lot harder to earn a nomination without broad support among Nashville’s labels and country radio.

Nelly was nominated for musical event in 2013 with Florida Georgia Line for “Cruise,” but that was a country song with a rapper added to the remix. Nelly’s earlier collaboration with Tim McGraw on “Over and Over” in 2004, which was primarily promoted as a rap song, did not earn any nominations from the CMAs.

“I will be shocked if it makes the final ballot,” McAnally said of “Old Town Road.”

LIL NAS X BREAKS RECORD FOR MOST WEEKS AT NO. 1 WITH 'OLD TOWN ROAD'

Still McAnally pointed out that non-country acts can still surprise at the CMA Awards, such as when John Denver, largely considered a pop-folk artist, won entertainer of the year in 1975, prompting Charlie Rich to set fire to the card with Denver’s name during the broadcast.

David Macias, president of Nashville-based entertainment company Thirty Tigers, which works with Americana artists like Jason Isbell and John Prine, said Billboard’s decision to not classify the song as country probably just reinforced CMA voters who weren’t inclined to vote for it anyway.

“I haven’t really decided what I am going to do where that’s concerned,” Macias said. “There’s no doubt it’s the musical cultural phenomenon of the year. I am on the fence on whether or not it sits in there. It deserves some recognition, and frankly no matter what happens on the voting part, it will be interesting to see what the CMA does.”

Hunter Kelly, a veteran country music journalist, was surprised that the song didn’t get enough early votes for single of the year, but he said its qualifications for the musical event category seemed undeniable.

During the voting period, labels or management agencies often engage in lobbying efforts that include advertisements in music industry publications. Representatives for Lil Nas X’s label, Columbia Records, did not respond to the AP for comment about the CMA voting.

Kelly said that since “Old Town Road” didn’t originate in Nashville and Lil Nas X is not signed to a Nashville label, there are fewer voters emotionally or financially invested in seeing it nominated.

At the very least, “Old Town Road” has proved that lightning can strike twice in the same place with the re-introduction of Billy Ray Cyrus to a new generation, McAnally said. The mullet-wearing Cyrus was last nominated for a CMA in 1992 when he won single of the year for his own ubiquitous, danceable hit “Achy Breaky Heart.”

“That’s pretty crazy,” McAnally mused. “He wasn’t going away. You can’t discount that.”