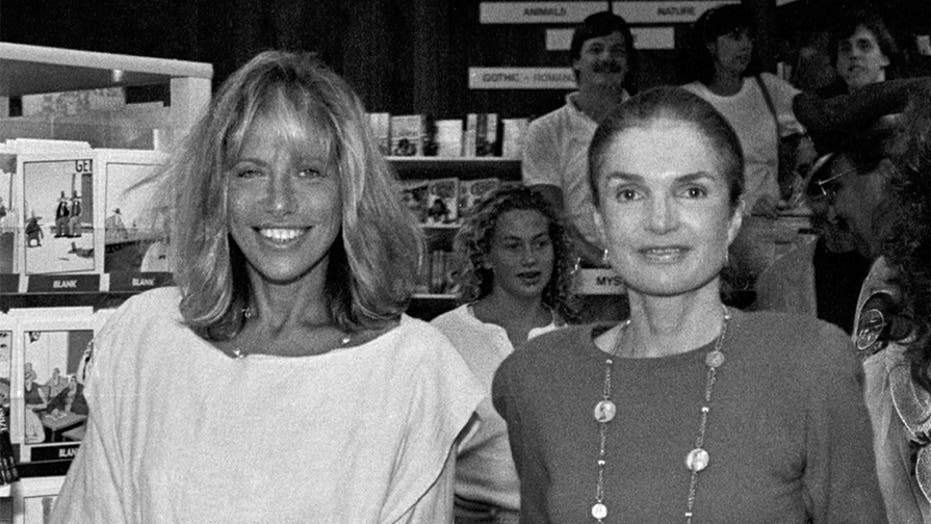 Carly Simon still vividly remembers being at pal Jackie Kennedy Onassis’ beside as she lay dying.

The former first lady passed away in 1994 at age 64 from cancer. The “You’re So Vain” singer is releasing a new memoir on Oct. 22 titled “Touched by the Sun: My Friendship with Jackie,” which details the political and fashion icon’s thoughts about both of her husbands — President John F. Kennedy and Aristotle Onassis — as well as her two children.

“I was holding her hand, telling her I loved her and saying goodbye,” recalled the 74-year-old in this week’s issue of People magazine.

“There was an otherworldly recording of monks singing, intermingled with sounds of uproarious laughter from the next room, where various Kennedys were having an Irish gathering. It was surreal.”

According to Simon, it was Onassis’ son John F. Kennedy Jr. who introduced his mother to her on Martha’s Vineyard back in 1983. The two remained close until Onassis’ death.

“I could be neurotic, bohemian and all over the place; she always had to be so correct,” revealed the singer/songwriter. “I was who she wasn’t. I think she got a big kick out of that.”

When Onassis fell ill with non-Hodgkins lymphoma in 1993, Simon told the outlet she was there to support her friend — even though she initially learned about the devastating diagnosis from others.

“Women of that generation didn’t talk about illness,” said Simon.

Onassis was buried four days later next to her late husband at Arlington National Cemetery.

After Onassis passed away, her son John Jr. gave a statement on the steps of her New York City apartment.

“Last night, at around 10:15, my mother passed on,” he said at the time. “She was surrounded by her friends and family and her books and the people and the things that she loved. And she did it in her own way, and we all feel lucky for that, and now she’s in God’s hands.”

Simon shared that while it was heartbreaking to lose Onassis, her friends were grateful that she passed before her son, who died five years later in a horrifying plane crash at age 38. His wife Carolyn Bessette-Kennedy, as well as her sister Lauren Bessette, perished in the 1999 accident.

JOHN F. KENNEDY JR. WAS READY TO PURSUE POLITICS, DETERMINED TO SAVE HIS MARRIAGE BEFORE PLANE CRASH, SAYS PAL

“There was a communal sigh of relief that she didn’t live to see that,” said Simon.

Simon previously told People magazine that while Onassis was 16 years older than her and notoriously private, it didn’t take long for the two women to become friends.

Onassis also got candid about her second husband, Aristotle Onassis, whom she married in 1968 — five years after Kennedy’s 1963 assassination.

No matter what was occurring in Onassis’ love life, she remained fiercely protective of her son, John Jr., and daughter, Caroline Kennedy. Simon said Onassis was particularly worried about her son.

“Jackie was very consumed with getting him on the right path,” Simon explained. “She didn’t approve of some of [the women] — she was horrified by Madonna.”

But Simon also stressed that Onassis was “incredibly funny.” She described how the two women attended a recording session with opera singer Placido Domingo in 1990. The next day, Simon received a gushing letter and photograph from him. But when Simon called Onassis to share the exciting news, she got an unexpected revelation.

“She paused for a long time, and then she said, ‘Carly, did you really think it was from Placido?’” said Simon. “She’d written it up herself and disguised her handwriting! The practical joker in her was nonstop.”