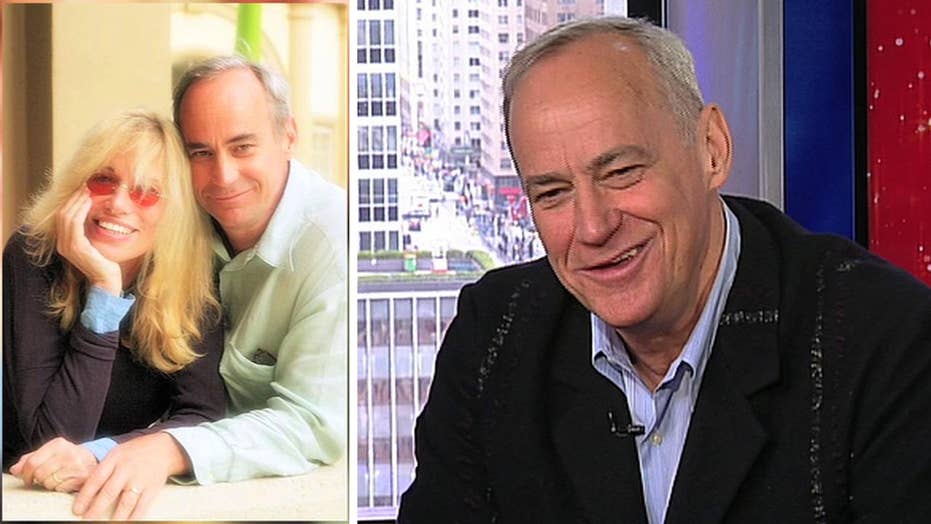 James Hart will never forget when he was first introduced to Carly Simon by a friend on the platform at a train station in upstate New York. Simon is an award-winning singer/songwriter who’s made some of Hollywood's top leading men, like Warren Beatty and Jack Nicholson, swoon. Hart was no different.

“He was standing next to this gorgeous woman,” said the 67-year-old writer to Fox News. “He introduced me and it was Carly. Then I followed her on to the train and we had this amazing conversation going back to New York [City]. And six months later, we were married.”

But the road to their wedding on December 23, 1987 wasn’t an easy one. Hart, who published a candid memoir titled “Lucky Jim” about his tumultuous marriage to Simon on Tuesday, revealed that he was often compared to her famous ex, fellow musician James Taylor.

CARLY SIMON REVEALS WHO INSPIRED 'YOU'RE SO VAIN'

“It was odd in the sense that the ghost of any former lover of anyone can be invasive. But particularly when he’s as big a star as she is,” said Hart, who bears strikingly similar features to Taylor.

Taylor married Simon in 1972 and had two children with her before splitting up in 1983.

“But James is very likable and that made it easier, but complicated,” added Hart.

However, there was one other complication within Simon’s second marriage. Hart was secretly wrestling with his attraction to men.

“I was beginning to wonder about being bisexual,” he said. “And when I met Carly, all doubts about my sexuality disappeared. I’d never been straighter in my life. And so I just thought, ‘Well, I was wrong.’”

While he privately fought his urges, Hart easily settled into a new glamorous world, one filled with film icons, rock stars and even former First Lady Jackie Kennedy Onassis, who made a special request to the couple for her 62nd birthday.

“We told her, ‘Look, we don’t want to do the usual dumb thing. What would you like for your birthday?’” he said. “And a couple days later, she called Carly and said, ‘Is Jim friends with Alec Baldwin? Is that true?’ Carly said 'yes' and she said, ‘Do you think Alec would be my date for my birthday?’ I called Alec and he said, ‘Absolutely! I’m there!’ And so, we went to the theater. He was more of her escort than a date. But it was such a fun evening.”

Despite Hart’s love for his wife and a new life surrounded by fame and wealth, Simon began to have suspicions about her husband's sexuality 12-15 years into their marriage.

“She turned over one morning and said, ‘I think you might be gay,’” said Hart. “And I was very defensive and in denial in some deep way. But then we began to explore together and see what we could find out together and see if we could have a marriage that could last through that news. We tried very hard, more credit to her than me because she wasn’t frightened like I was. She wasn’t afraid of it… One of the wonders of Carly is her insistence on truth in a rather vigorous way.”

Still, Simon worried her husband was cheating, even with other women. Hart recalled an incident when she believed the women in Hart's writing course were “madly in love” with him, prompting her to dress in disguise in a “hooker outfit” to investigate for herself.

The marriage continued to slowly crumble. And even though Hart stood by Simon’s side when she was diagnosed with breast cancer in October 1997, the relationship ultimately wouldn’t survive.

“It was a slow unveiling of my sexuality that was of course, very difficult for us,” said Hart. “And then… I wind up as a crack cocaine addict [in 2002] after having been sober for 21 years. And Carly went through all of that with me. So the unraveling is rather dramatic.”

Simon would file for divorce in 2006 after 19 years of marriage. Hart revealed he was “heartbroken” the relationship came to an end. But these days, he is sober again and he’s come out as a gay man with “two fabulous ex-wives.”

And surprisingly, not only is Simon still in Hart’s life, but she supported his decision to publish a tell-all about their relationship.

"Lucky Jim" is currently in bookstores.