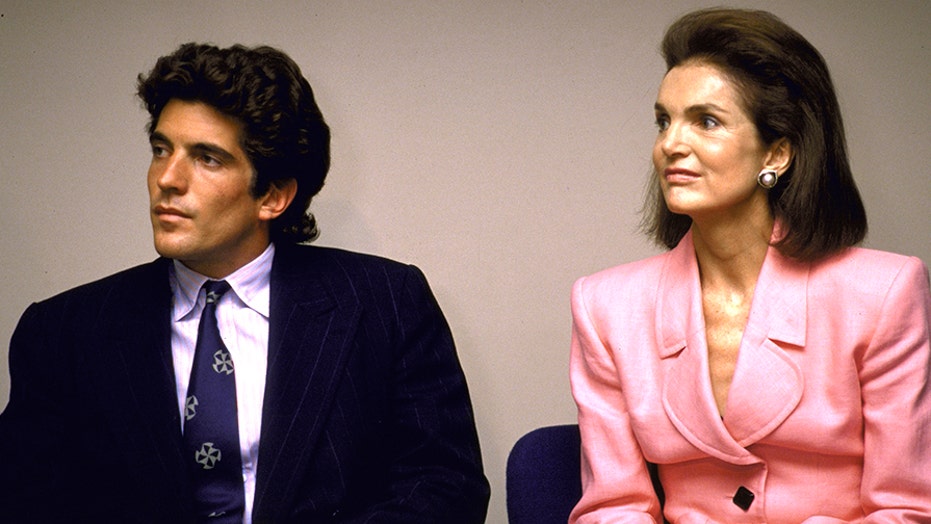 John F. Kennedy Jr. was aware his name alone carried the history – and future – of Camelot. But one person who regretted giving the son of late president John F. Kennedy a name of great privilege was his mother.

“Jackie [Kennedy Onassis] told people she regretted naming John after his father,” historian Steven M. Gillon told People magazine on Tuesday. “She realized it only added to the burden. The irony is that in the effort to honor her husband, she inadvertently made her son’s life more challenging.”

Gillon wrote the upcoming biography “America’s Reluctant Prince,” which is scheduled to hit bookstores on July 9. It offers an in-depth reflection of Kennedy’s life based on personal conversations from over the years. It also highlights interviews with some of Kennedy’s closest friends, including some of those who are speaking out for the first time.

It was 20 years ago when the 38-year-old’s plane crashed into the waters off Martha’s Vineyard, killing him and his two passengers, wife Carolyn Bessette Kennedy and her sister, Lauren Bessette.

According to the outlet, Gillon first met Kennedy at Brown University and the two became fast friends.

“He said he was two people,” recalled Gillon from their many talks. “He said he played the role of John Fitzgerald Kennedy Jr., the son of the president. But at his core, he was just John.”

John F. Kennedy Jr. and his wife Carolyn during the annual White House Correspondents dinner on May 1, 1999 in Washington, D.C. (Photo by Tyler Mallory/Liaison)

And while Kennedy was determined to make his own mark, he was aware of what his name represented to others.

“John understood the public viewed him the way they did and he accepted it,” said Gillon. “He understood what he represented to people.”

But life for “America’s Prince” wasn’t always simple. In fact, Gillon said his final months alive proved to be the hardest. Not only was his magazine George struggling, but he and his wife were also having marital woes.

Kennedy found solace in pursuing some of his favorite pastimes, including kayaking, skiing, rollerblading and playing football — just to name a few. However, his personal troubles remained on his mind.

JOHN F. KENNEDY JR. WAS TURNED DOWN BY MADONNA AND PRINCESS DIANA TO APPEAR IN GEORGE MAGAZINE, PALS REVEAL

“If I had to stop and think about it all, I would just sit down and fall apart,” Kennedy once told pal Billy Noonan.

However, Gillon insisted Kennedy was also considering to finally follow in his famous father’s footsteps.

“He spent his entire life trying to figure out who he was and what he wanted to do,” Gillon continued. “And in those final years, he figured it out. What he discovered was that politics was part of his DNA… I think he was ready to answer that call.”

It was a goal Kennedy would never fulfill.

“His whole life is about promise and what he would have become,” said Gillon. “And he will always be remembered for the promise that went unfulfilled.”

Back in 2017, Kennedy’s assistant Rosemarie Terenzio told Fox News that the stress of tackling the media was always challenging, especially during the last years of his life.

“I think it was twofold,” said Terenzio at the time. “John had this big life. And just that alone was difficult. There were a lot of social obligations, charity obligations. Then you had the magazine and the family. So I think that was a little challenging. And I think obviously the media scrutiny… no matter how much people say ‘she knew what she was getting into,’ you don’t know until you’re in it. That was a huge adjustment for [Carolyn].