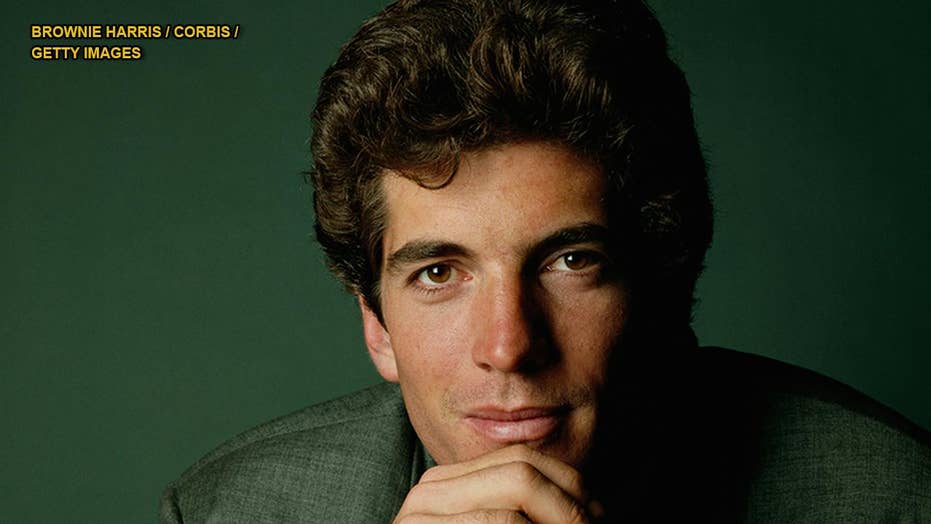 Steven M. Gillon can vividly recall when he and his pal John F. Kennedy Jr. were at a bar watching a fight on the big screen and a man pushed him aside and exclaimed “You’re John!” hugging the son of late President John F. Kennedy.

“He said, ‘I loved your father,’” Gillon recalled to Fox News. “That happened a lot. A couple of minutes later, the guy comes out again. He’s dragging his wife behind him and says, ‘Marilyn, I want you to meet my friend, John F. Kennedy Jr.’ John reaches out and he says, ‘Hi, Marilyn. I’ve heard so much about you. I’m glad I finally got to meet you.’ And I looked at him. He had just met this guy 20 minutes ago. And John said, ‘What was wrong with that? I made two people really happy.’”

On July 16, 1999, the 38-year-old’s plane crashed just off the coast of Martha’s Vineyard in Massachusetts — killing him, his wife Carolyn Bessette Kennedy and her sister Lauren Bessette.

A&E’s documentary titled “Biography: JFK Jr. — The Final Year,” which is airing on Tuesday, the 20-year anniversary of his death, explores the events impacting Kennedy before he perished, including coping with the fatal illness of his closest friend and cousin, Anthony Radziwill, his struggling marriage and his quest to rescue his political magazine, George. It features interviews with those who knew Kennedy over the years, including Gillon.

John F. Kennedy Jr. (left) spent a great deal of time onstage while at Brown. This photo is from a Brown University production of The Playboy of the Western World. (Cecil Stoughton. White House Photographs, JFK Library.)

“We don’t want John to be remembered as ‘the hunk flunks’ or ‘the sexiest man alive,’” Gillon explained. “John was a very complicated guy. And I think for the first time this documentary captures that complexity and shows John as a man of many different dimensions, a guy who had problems in his relationships just like we all do, but a man who was full of life. A man who was enormously generous and kind. And I think that’s the image of John that we wanted to present.”

JOHN F. KENNEDY JR. AND HIS WIFE CAROLYN BESSETTE WERE WORKING ON THEIR MARRIAGE BEFORE FATAL PLANE CRASH, BOOK CLAIMS

“I taught John,” Gillon continued. “I had numerous conversations with John. I was surprised by how well read he was, especially about modern politics and his father’s presidency. John’s issue was he had a really short attention span, and that was one of the reasons why I think he struggled with the bar and he struggled on other standardized tests. But… he was passionate about civil rights, he was passionate about the Supreme Court. He could be as engaged and as thoughtful as any person I’ve ever met.”

John F. Kennedy Jr. and his sister, Caroline, chat while attending a ceremony at which their late father was honored.  (Getty Images / Bettmann)

According to both Gillon and the documentary, Kennedy was gearing up to follow in his famous father’s footsteps and pursue politics. While he was long determined to make his own mark despite being a member of the Kennedy dynasty, he wanted to make a difference for everyday Americans.

“About a year or so before he died, we were having dinner after we had played a game of racquetball,” said Gillon. “And it was during the winter. He had spent the afternoon working with underprivileged youth in Harlem on a skating rink, and he was describing how they just clung to him as he’s skating around. And he said to me, ‘Stevie, what these kids need is hope. They need to know that tomorrow is going to be better than today.’ He paused and said, ‘I can do that. I can give them that hope.’

“And it was at that moment… John, who had kept politics at a distance, realized that it was in his DNA. He understood that he had something he could offer people. And I think from that point forward, it was just a matter of looking for the right opportunity.”

John Kennedy Jr. was ready to pursue his famous father's footsteps, according to his pal Steven M. Gillon (Photo by Brooks Kraft LLC/Sygma via Getty Images)

But around this time, his wife Carolyn was struggling with the intense media scrutiny surrounding their marriage, which caused Kennedy to pause.

Despite the paparazzi constantly following the couple’s every move, Gillon insisted Kennedy was determined to save his marriage.

“The paparazzi created an environment that made it very difficult for Carolyn and she oftentimes directed a lot of her frustrations towards John,” said Gillon. “So the marriage was really spiraling downward, but neither one had completely given up. And I think Carolyn’s fateful decision to get on that plane that Saturday and going to [Rory Kennedy’s] wedding was a sign that she was still working on the relationship. And I know John was as well. We just don’t know how the relationship would have ended up. It was in a very difficult place, but I think both John and Carolyn both wanted to make it work.”

Gillon said he last spoke to Kennedy on the Tuesday before his death. They had made plans to play racquetball the following Monday.

“Instead of playing racquetball on Monday, I was flying to New York to plan for his memorial service,” said Gillon.

The forecast for that fateful night indicated clear skies, which was essential because Kennedy was flying under visual flight rules rather than relying on instruments, People magazine previously reported. Kennedy had only completed half of the lessons in his instrument training course at that time.

John F. Kennedy Jr. (right) with his cousins Anthony and Tina (behind), the children of Jackie's sister Lee Radziwill, in Green Park, London, on May 13, 1965. (Photo by McCabe/Express/Getty Images)

The weather deteriorated by the time Kennedy arrived at an airport in Essex, New Jersey, where he kept his plane. After his plane took off that evening, Kennedy was heading into a thick fog. The outlet shared that Kennedy became disoriented and his plane entered a downward spiral.

“John was a risk taker,” Gillon admitted. “That’s one of the things I tried to explore in the book and we talk about in the documentary, too. What was it about John’s personality and his makeup that led him to be so reckless? It was a thread that runs throughout his entire life and he always managed to escape danger. And I think he went up that night and he figured he would escape it again. Unfortunately for him, his wife, his sister-in-law and for all of us, he made a miscalculation.”

Gillon said he hopes people will remember his friend not for what he could have achieved in his life, but for the legacy he left behind.

“What surprised me is just how humble he was,” said Gillon. “John grew up with all these expectations imposed upon him by the public, by his family, that he was going to be the heir of Camelot, and there were expectations. It was a burden that would have crushed most people. And what was remarkable to me was how John dealt with it with such enormous grace. The fact that John, despite the circumstances in which he grew up, turned out to be such a decent, kind, down-to-earth, unpretentious human being is probably the greatest testament to his character.”