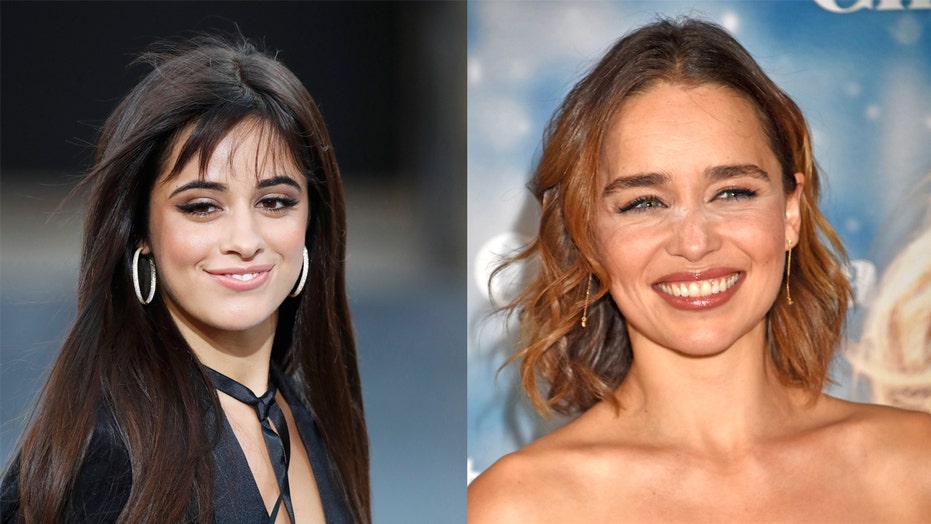 Camila Cabello is a huge fan of "Game of Thrones" -- and especially the Mother of Dragons.

During a visit to "The Graham Norton Show," Cabello, 22, met Emilia Clarke, who played Daenerys Targaryen on the popular HBO show.

Luckily someone was there to take a few pictures, because the singer's reaction was priceless.

Cabello posted three photos to Instagram from the unforgettable encounter.

The first showed Cabello bowing at Clarke's feet, mimicking characters in the show bowing to their queen.

"Oh you bet your a-- I bent the knee," Cabello captioned the photos.

Of course, there was also a photo of Clarke, 33, and Cabello with their faces smiling and smooshed together.

Finally, the post included a shot of Cabello with Jason Momoa.

Momoa, 40, appeared as Khal Drogo in the first season of "Game of Thrones" alongside Clarke.

It was recently announced that Cabello would be starring in an adaptation of "Cinderella," joined by Billy Porter as the Fairy Godmother and Idina Menzel as the evil stepmother.