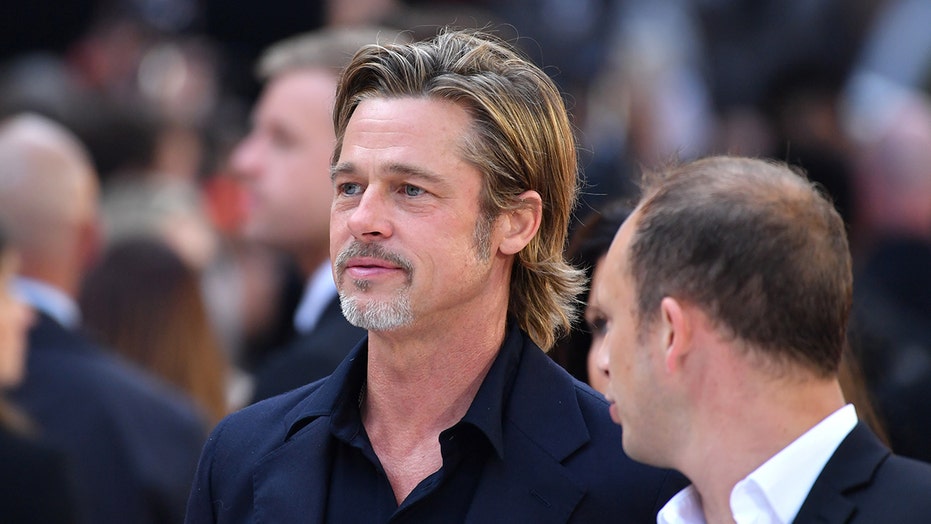 Brad Pitt is reflecting on the recent cultural changes in Hollywood.

The actor is currently on a press tour, promoting his latest role in Quentin Tarantino's "Once Upon A Time in Hollywood," where he stars alongside fellow leading man Leonardo DiCaprio and actress Margot Robbie.

In a recent interview, the 55-year-old and DiCaprio sat down with British newspaper, The Sunday Times, in which DiCaprio, 44, recalled a time when his parents told him about the Manson murders -- which are depicted in the film -- back in 1969.

"When my parents described it, it was as the end of this idealized revolution," DiCaprio told the outlet. "My parents are still hippies, but it was the loss of this dream."

He went on to say, "As Quentin [Tarantino] describes, you sort of portray this utopia, but there is a mildew around the canvas that brought the darkness of humanity into play and ended a lot of my parents' hopes for how they could infuse that ‘love and peace' ideology into the rest of the world.

"It all sort of crashed and ended so much that some talk of it as a conspiracy. It was the total end of an era — immediately," DiCaprio added.

‘ONCE UPON A TIME IN HOLLYWOOD’ BILLBOARD DEFACED TO ADD JEFFREY EPSTEIN, ROMAN POLANSKI IN ‘PEDOWOOD’

When asked about any incidents they feel have impacted Hollywood in a similar way since then, Pitt pointed to the 2017 Harvey Weinstein scandal, which gave way to the #MeToo movement.

"Harvey Weinstein. Can I say that?" Pitt said. "It's more that I think we're getting recalibrated. But in a good way."

Later in the interview, the "Fight Club" star also discussed the movie industry's shifting definition of masculinity and pondered how male characters were portrayed in film decades ago, compared to today.

"When I started, I loved Mickey Rourke and Sean Penn," Pitt recalled. "I loved them because there was a toughness to them, which was how the male I'd grown up being taught about was meant to be. But they were also vulnerable, raw and open, and I always appreciated that."

The actor went on to share his views on how men are being depicted in cinema, saying leading men are now more "open" about their flaws and emotions than ever before.

"What I see now is a new masculinity, especially with people who have gone through Hollywood and its recalibration, a new male who is more vulnerable," he said. "I'm not talking mushiness — I mean a man who owns his own flaws and is aware of them and open about it.

"Once Upon A Time in Hollywood" is currently showing in theaters.