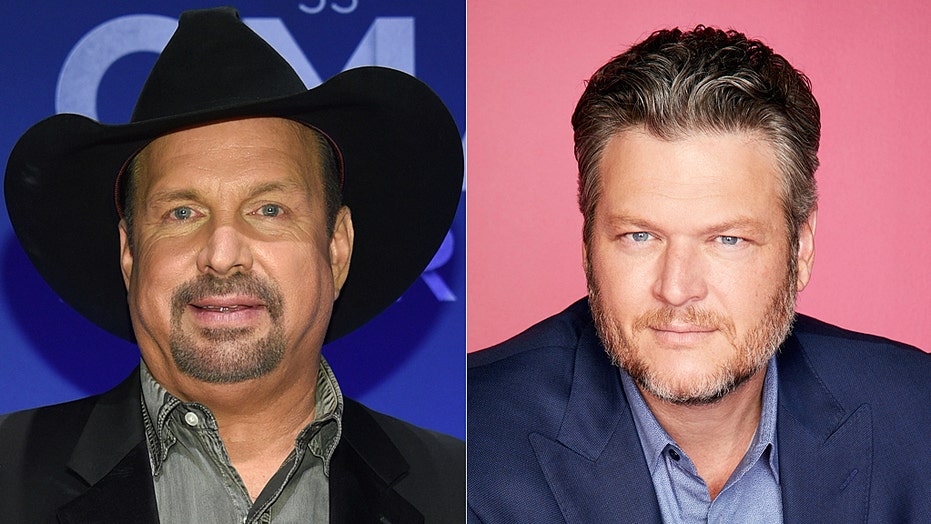 Blake Shelton reacted to Garth Brooks’ announcement that he has stepped down for consideration in the Country Music Association (CMA) Awards “Entertainer of the Year” category.

Brooks' winning the category for the seventh time in his career last year, beating out Eric Church, Chris Stapleton, Carrie Underwood and Keith Urban, had received a lot of backlash.

The singer’s collaborator for “Longneck Bottle,” Steve Wariner, reacted to the news on Wednesday and tweeted, "If you’ve ever seen @garthbrooks live, you know why he consistently wins ‘Entertainer of the Year.'"

GARTH BROOKS WITHDRAWS FROM CMA 'ENTERTAINER OF THE YEAR' CATEGORY: 'IT'S TIME FOR SOMEBODY ELSE'

The “God’s Country” singer continued: “I don’t give a s--t what anyone says. ANYONE. Entertainer of the century.”

Brooks’ wife, Trisha Yearwood, later thanked Shelton and Wariner for their support of Brooks amid the controversy.

"I love you boys!! @blakeshelton @stevewariner Thanks for always having my cowboy’s back!" Yearwood, 55, wrote.

Brooks, 58, announced during a press conference on Wednesday that he was stepping down from the category, according to The Tennessean.

"You pretty much saw what happened after the CMAs, all the way through the new year. It got a little — it wasn't fun, let's put it that way," he said.

Brooks continued: "But there was one tweet that really stuck in my head. It said, 'Hey, man. This guy, why doesn't he just step down (and leave) the entertainer for the next generation?' 100% agree."

The “Friends in Low Places” singer added that he didn’t want to “seem ungrateful” but that “it's time for somebody else to hold that award ... 'cause they're all out there busting their butts."

The 54th Annual CMA Awards are being held in November in Nashville. Voting began last month.