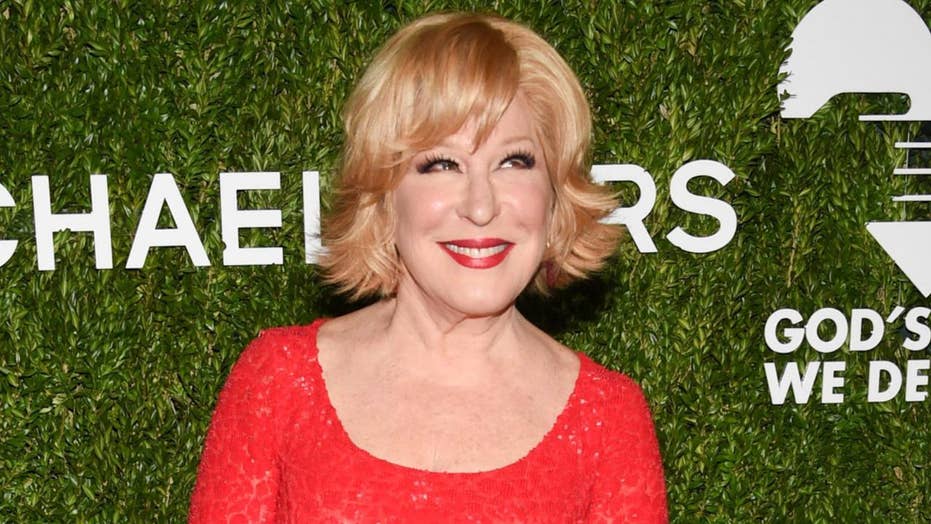 The 73-year-old actress launched her own production company, All Girl Prods., because she held "a grudge" against male execs in the film industry, but won't take full credit for spearheading a wave of female stars who are also producers — a list of which now includes stars like Drew Barrymore, Reese Witherspoon and Jennifer Aniston, to name a few.

"I raised awareness [of women getting shafted by producers], but I don’t think I raised rage. I think actually it’s Donald Trump that did it, because the way he spoke about women confirmed what women believed men said about them behind their backs all along," Midler told Variety. "And so that enraged them. Then the Women’s March came in and people started telling their stories."

BETTE MIDLER SAYS DONALD TRUMP GOT AWAY WITH 'WAR CRIMES'

Still, Midler thinks feminism has a long way to go in the world, and when specifically asked about having a female president someday, the "Hocus Pocus" star isn't optimistic.

"I'd like to hope so. I wouldn't put money on it," she said. "I think that the country is in some ways stuck in an emotional rut. Many people don’t want to give up what they’ve earned to someone who is different from them. I would say they are not enlightened."

However politically opinionated Midler may be, she's not enthusiastic about social media in general because she admits she can't quite take it as well as she can dish it.