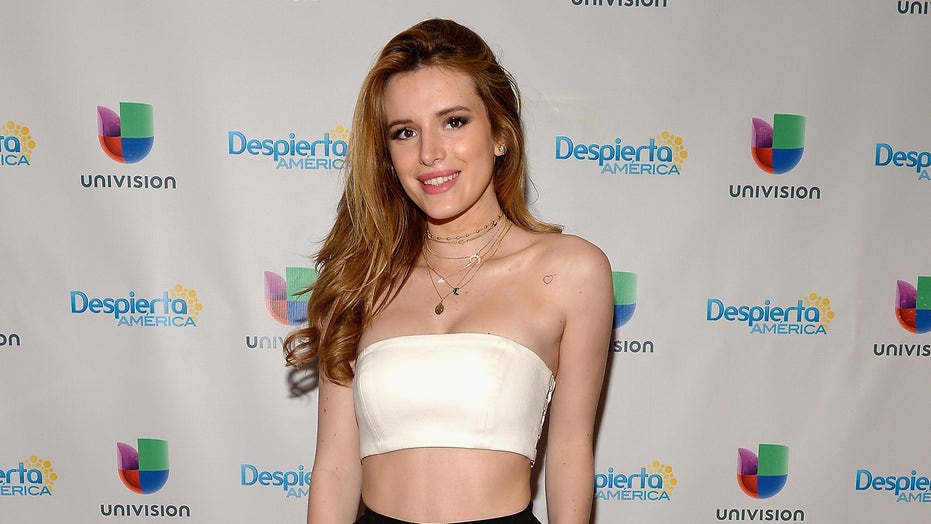 Bella Thorne is ringing in her 22nd birthday with throwback beach photos.

On Tuesday, the former Disney Channel star shared several old pictures of herself rocking a hot pink-colored bikini with an animal print pattern as she smiled for the camera.

"ITS MY BIRTHDAY B---H," Thorne captioned the series of photos on Instagram. The snaps caught the attention of Thorne's fans and her celeb pals, including "Mom" star Anna Faris, who wrote in the comments section: "Ahhhhhh you sexy beautiful babe."

It appears the actress is celebrating her special day at an amusement park in Los Angeles. "Shutting down six flags," she wrote of Six Flags Magic Mountain on her Instagram Story. "I'm so hyped," Thorne added.

In a separate Instagram post, the actress shared a few close-up selfies, writing candidly in the caption: "This is me at 22, no filters no edits, the usual."

She continued: "I found myself confidence this year, 22 has in store for me beauty, laughter, lots of tears, and work work work and more work."