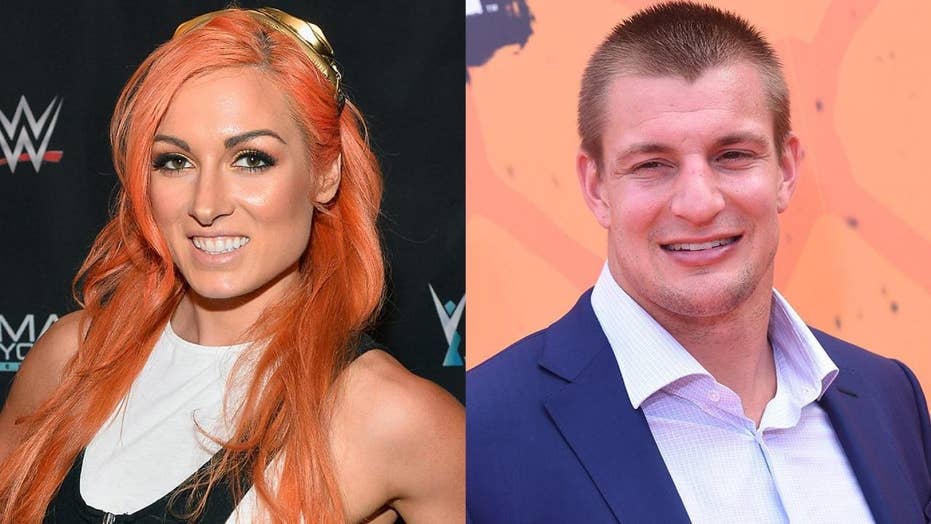 WWE star Becky Lynch slams rumors that Rob Gronkowski is joining the WWE following his NFL retirement. Lynch spoke to TMZ and also criticized Gronkowski's surprise appearance in the ring during ‘Wrestlemania’ in 2017.

Now that Patriots tight end Rob Gronkowski is retiring from the NFL, rumors are circulating that he’ll take a page out of Ronda Rousey’s book and pivot his career to the WWE. However, current WWE star Becky Lynch is not happy about the idea.

Gronkowski took to Instagram over the weekend to announce that he’s officially “retiring from the game of football.” Now, questions about the 30-year-old athlete's next move are running rampant amongst fans. However, one rumor that seems to be gaining traction is that Gronkowski is in talks with WWE’s Vince McMahon to play a role in the organization going forward.

TMZ caught up with Lynch, who had some less-than-kind things to say about the idea of Gronkowski joining her and her fellow professional wrestlers with no real training.

“Wouldn’t that be nice, to never have done anything in wrestling and just go into Wrestlemania? I would love that,” she deadpanned while walking out of an airport.

“Some of us almost get fired and have to work our way and scratch and claw, and then we come to the main event," Lynch continued, referencing Gronkowski's surprise appearance in the ring during "Wrestlemania" in 2017. "Other people are like here you go, here's your debut match at Wrestlemania ... see you at Wrestlemania."

While nothing is set in stone, Gronkowski’s name sure has come up a lot in the WWE since his retirement announcement.

“That wouldn’t surprise me one bit,” Gronkowski’s friend, wrestler Mojo Rawley, said of a potential WWE move. “He’s always been a wrestling fan. I know WrestleMania [33], he was all excited about it, we still joke around about it, we’re still really proud of that moment. So yeah, man, in the future I’m sure at some point you’ll see him inside the WWE ring at one capacity or another.”

These rumors were kicked into high gear during “Monday Night Raw” in which Lio Rush called him a “hot piece of garbage.”