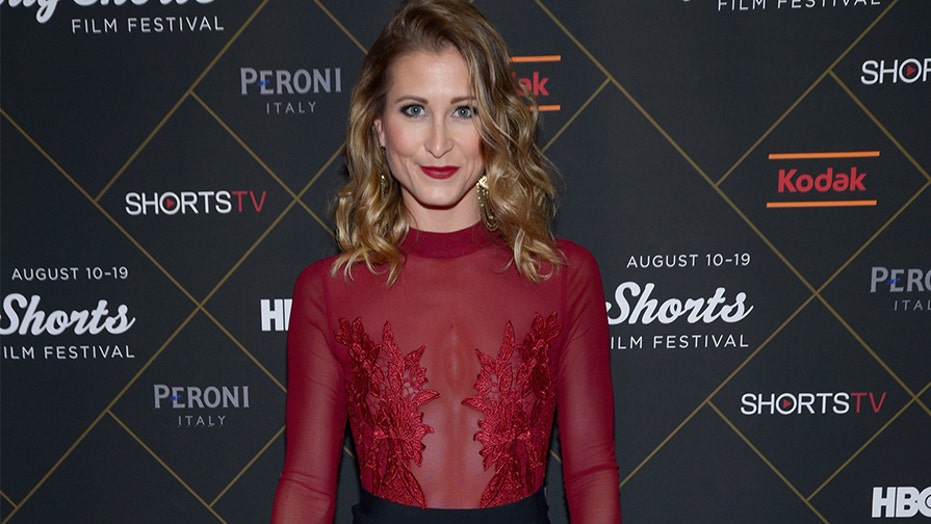 Nearly two years after Gabrielle Stone said “I do,” the actress and director discovered her husband had been having an affair with a 19-year-old for six months.

Then, just two weeks after filing for divorce, she fell madly in love and found herself in a fairy-tale romance. But that lasted only two months and ended as she and her beau were about to embark on a monthlong romantic trip to Italy — Stone learned he wanted to go on his own.

Rather than feeling heartbroken, though, Stone hopped on a plane and didn’t look back.

The daughter of actress Dee Wallace and late actor Christopher Stone, who is 31 today, has chronicled her adventures in a book titled “Eat, Pray, #FML,” which explores the many lessons Stone learned along the way in between triumph and heartbreak. Stone spoke to Fox News about why she told all in her book, overcoming her fears and how she feels about love today.

Fox News: What compelled you to write this book?
Gabrielle Stone: This was the culmination of what happened to me in 2017. I was married for almost two years and found out my husband was having an affair with a 19-year-old for six months. Shortly after that, I met a man and we fell madly in love with each other. He convinced me to go on a monthlong trip to Italy.

Then 48 hours before we were getting on the plane, he told me he needed to go by himself. I was devastated. Then I thought, “I can stay at home and be heartbroken or I can go travel to Europe for a month by myself.” I took a backpack and left the country with no plans. I visited seven countries for a whole month.

Fox News: Looking back at your marriage, did you ever feel something just wasn’t right?
Stone: From the beginning, we did have a lot of issues that I kind of swept under the rug. I just figured we would fix it down the road. But looking back, yes, there were warning signs. I just had such a blind trust and never felt I needed to dig deeper.

But when everything unfolded, it just made it so easy for me to walk away. Otherwise, I think I would have probably stayed a lot longer in hopes that we could work it out. So I’m very grateful for the way that everything happened. I was able to get out and we’re a lot happier on the other side.

Fox News: How did you initially cope with the loss of your marriage?
Stone: I came to realize in my next relationship that I had never really been in love with my husband. I loved him, of course. But I don’t think I was truly in love. So when everything happened, I don’t think I was dealing with heartbreak.

It was more like betrayal and rage. So when I left, it was weirdly OK. I just felt in my soul that this was all happening for a reason and it was right for me. Unfortunately, it was the relationship that I had after, the one that ended right before the Europe trip, that really broke my heart into a million pieces. That was the one I truly needed to heal from.

Fox News: Some readers might think you moved quickly from a divorce to this passionate, brief romance. What’s your response?
Stone: Remember, after my divorce, I was weirdly OK. I had known about my husband’s affair two and a half weeks before I handed him the papers. It was really like a month that I had known and made the decision that I was going to finally leave from a relationship that just wasn't working. I was preparing mentally for all of it. And the man I fell for, we had met six years earlier but had then reconnected.

I just think I was in an OK place. If I was truly heartbroken after the divorce, I would have never jumped into another relationship. And I’m a big believer that the universe places you in situations for a reason. Meeting him, having my heart broken and going to Europe really changed my life. I was really able to go find myself, figure out how to love myself and heal. None of that would have happened if I would’ve closed my heart off after the divorce.

Fox News: In your book, you said staying at home heartbroken wasn’t an option. Why?
Stone: When I was first told by him that he needed to go on this trip alone, I was just a mess. I was hysterically crying. I was so hurt. I don't think I could have ever had my heart feel so many feelings at once as it did that night. But then I realized that going to Europe was on my list for so long. I already had my ticket. Why should I stay home and feel so devastated, knowing he had gone on this trip? It was just a no-brainer for me. I knew the universe was clearly handing me away to go deal with a lot of things.

One of my biggest fears since I was a little girl  — because my father passed away — was being OK by myself. I was afraid to be alone. Then the universe literally made me face that fear head-on. And oh my God, it was life-changing. I think everyone should do it at some point in their lives. I stayed at a hostel and connected with so many people that I wouldn’t have otherwise met if I was staying with a friend, at an Airbnb or a hotel. It made me not want to travel with another person again. I was 28 years old at the time and I learned more in that time span than I had in all 28 years.

Fox News: How do you feel about dating today?
Stone: This is the first time in my life where I don't want or need a relationship. I’m sure that will change in the future, but right now I’m just really happy to be with me. I would get married again at some point, but I’m in no rush and I will not be planning a big, extravagant wedding like I did the first time *laughs*. It will be more like, “Tell me what time I need to be there and I’ll show up in a pretty dress.”

Fox News: What do you hope readers will get from this book?
Stone: I think my experience has many lessons. But the biggest one is that you’re always going to be OK. There’s always a light at the end of the tunnel and it’s usually way brighter than you could ever imagine. You truly have to love yourself before you can love someone else. No one can ever really explain that. You have to experience it for yourself. And don’t be afraid to take risks. You’ll be pleasantly surprised in the end.

Fox News: What does your mom think of the book?
Stone: My mom is over the moon proud. She has been so supportive of this whole journey. But reading about my heartaches was difficult for her. And obviously, there were some things I did on my trip that isn’t every mother’s proudest moment *laughs*. But when she finally read everything, she called me in tears. She was just so proud of me and how determined I was to heal. She loves it.