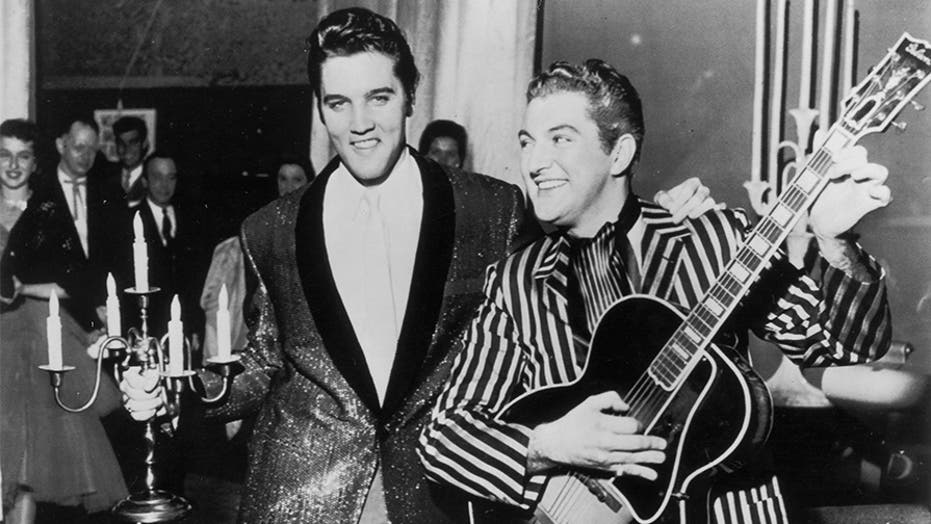 When Elvis Presley headed to Las Vegas in 1956, the hip-swiveling teen idol developed an unlikely friendship with one candelabra-loving showman.

Richard Zoglin, author of “Elvis in Vegas: How the King Reinvented the Las Vegas Show,” told Fox News Presley’s manager Col. Tom Parker arranged a meeting between The King and Liberace when he first performed in Sin City — and the two artists quickly bonded.

“Elvis was a fish out of water in Las Vegas,” Zoglin explained. “So the colonel went to Liberace, who was this big Vegas star at the time, and asked him to meet Elvis. Liberace did. He was a very generous performer who loved helping out younger artists.”

“Liberace said, ‘You need more glitz in your act,’” said Zoglin. “And Elvis listened. He started wearing gold suits and capes — that inspiration came from Liberace. I don’t think people realized Elvis’ over-the-top showmanship in Vegas was influenced by Liberace. But there was a real connection.”

And there was more to Presley and Liberace’s friendship than just their mutual love of fashion.

For his book, Zoglin was able to track down some of Presley’s closest confidantes, band members, as well as Vegas entertainers who knew and befriended the star. They all shared Presley was eager to give his career a much-needed jolt.

“He wasn’t excited about his work anymore,” said Zoglin. “And the music scene was changing. You had The Beatles. And the films he was making weren’t the ones he envisioned for himself. Las Vegas rejuvenated Elvis. I don’t deny that it was also in Vegas where you can clearly see Elvis going downhill. But in the beginning, it was Vegas where he was at his peak as a stage performer. It allowed him the chance to totally reinvent himself.”

“He was bored,” Zoglin continued. “He was envious of groups like The Beatles, who were getting the screams from girls that he used to get. So he was jumping out of his skin. He wasn’t satisfied. I think Vegas revived him. And it was in Vegas where Elvis truly realized he still had an audience. It brought him his confidence back.”

But the moment that truly re-launched Presley’s career was his 1968 televised comeback special.

“That was a big deal for Elvis,” said Zoglin. “It did great in the ratings and it showed Elvis that he was still a very powerful, dynamic performer. It inspired him, made him realize that he still had an audience. It brought his confidence back. And it encouraged him to perform again. He finally had something to look forward to in his life again.”

Frank Sinatra hated rock ‘n ‘roll, but when Elvis returned from the Army, Frank gave him a welcome-home party on his ABC-TV special. (Photo by Getty)

But Presley also had his critics - specifically ol’ blue eyes. Frank Sinatra, who ruled the Strip alongside the Rat Pack, wasn’t a fan of rock ’n’ roll and made his feelings well-known to others.

“He wasn’t a fan of Elvis, but he was respectful to him,” said Zoglin. “There was no denying Elvis was a star. He was aware Elvis was a big draw. But they were never friends. They were civil to each other in public, but that’s as far as it went.

“While Sinatra did more intimate nightclub shows, Elvis was having these grand shows, which changed everything for artists. Sinatra saw this and he somewhat changed his shows to suit bigger venues and audiences. Sinatra knew he had to stay relevant and that’s exactly what he did.”

But Presley’s return to the stage tragically ended. In 1977, Presley passed away at age 42 from a heart attack, which was likely brought on by his addiction to prescription barbiturates.

“Think about the residencies from Celine Dion to Jennifer Lopez and Lady Gaga,” he said. “These big concert extravaganzas were led by this man who had reached a low in his life and was eager to shake things up. Not only did Presley do that, but it cemented his role as the undisputed king.”