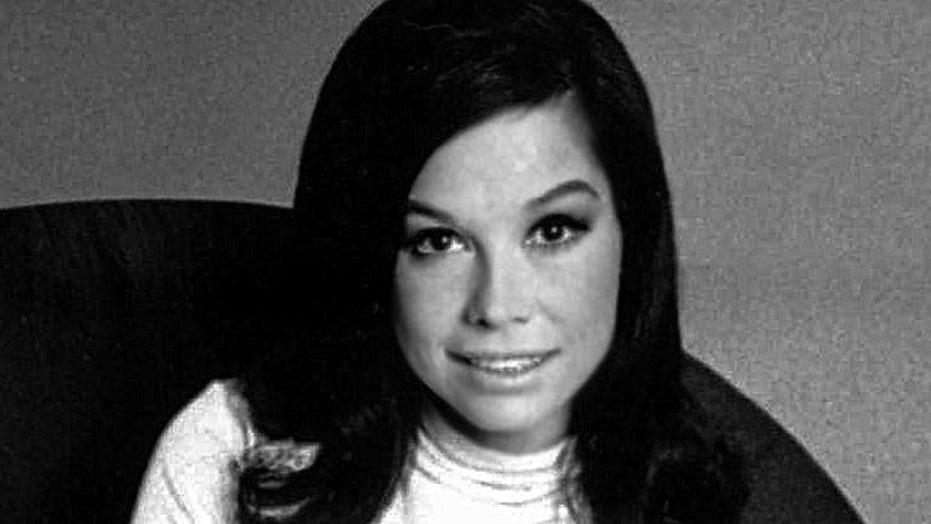 Mary Tyler Moore turned the world on with her smile, but when cameras weren’t rolling, America’s sweetheart suffered the worst tragedy any mother can endure.

In 1980, the “Dick Van Dyke Show” and “Mary Tyler Moore Show” star received word that her only son Richie Meeker died of a self-inflicted gunshot wound at age 24.

Moore, who passed away in 2017 at age 80, is the subject of a book released earlier this year titled “Mary: The Mary Tyler Moore Story,” which explores both her triumphs and struggles on the screen and behind closed doors.

The biography features interviews with many of her co-stars from over the years, including Ed Asner, Joyce Bulifant, Gavin MacLeod, Larry Matthews and Carol Channing, just to name a few.

Author Herbie J. Pilato is the founder of the Classic TV Preservation Society, a nonprofit organization dedicated to the positive social influence of classic television programming. He is also the host and executive producer of “Then Again with Herbie J Pilato,” a classic TV talk show streaming on Amazon Prime.

“Some talk of suicide, but she herself denied it,” Pilato told Fox News. “He apparently collected guns and accidentally shot himself the same year. It was incredibly tragic.

“A colleague of mine actually worked with Richie at CBS,” Pilato continued. “It seemed like everything was fine in his life. He never seemed like an unhappy person. But the whole suicide aspect became an unfortunate rumor when he died.”

Moore herself revisited her painful past in the 1995 memoir “After All.” According to Us Weekly, she received a phone call from her then-estranged husband, CBS executive Grant Tinker, who told her the news.

Richard G. Meeker, 24, son of television star Mary Tyler Moore, accidentally shot himself in his home near the University of Southern California campus. Meeker is shown here in a photo taken a month earlier before his death. (Photo by Getty)

“The phone awakened me,” she recalled at the time. “It was Grant. 'If you’re standing, you should sit down… It’s Richie. He’s dead.’”

Meeker was a gun collector who was attending the University of Southern California at the time, the outlet report.

“He was loading and unloading the short-barreled gun when it went off,” Meeker’s roommate Judy Vasquez told The Washington Post. “It was awful. He must have pulled the trigger. There was a big bang and he fell on the bed.”

The gun went off in Meeker’s hands, the New York Times reported. That model was later removed from the market.

Pilato noted that 1980 was also the same year when Moore's film “Ordinary People” was released. Moore played a resentful mother whose son passes away.

VALERIE HARPER'S CANCER BATTLE: 'NOW IT'S 5 YEARS INSTEAD OF 3 MONTHS'

Moore wrote that she spread her son’s ashes in the Owens River in California.

“The water was clear and high as I knelt over it,” she described. “I opened the container and emptied it into the rushing water. What was meant to be a prayer became an outraged demand. ‘You take care of him,’ I screamed at the sky.”

Moore welcomed Meeker in 1961 with her first husband, Richard Meeker, when she was 18. Mother and son ultimately became estranged due to her busy schedule.

“She admitted that she was not the best mother,” Pilato explained. “She was devastated by her son’s death and faced a lot of guilt for feeling like she wasn’t the best mother she could have been. After he died, Moore said she wished she would’ve had children later or at least have more children to do a better job as a mother than what she did with Richie.”

Donald Sutherland and Mary Tyler Moore are shown in a scene from their movie, "Ordinary People" directed by Robert Redford and released by Paramount Pictures. Sutherland and Moore's characters attempt to pick up the pieces of their shattered life after a major tragedy by planning a holiday trip to London.  (Photo by Getty)

After Meeker was born, Moore immersed herself in various television shows. She was up for playing Danny Thomas’ daughter in his sitcom “Make Room for Daddy," but Thomas decided that her nose was too small to belong to a member of his family, the New York Times shared. However, “The Dick Van Dyke Show” made Moore a sensation. Her marriage to Meeker’s father came to an end in 1961.

“I demanded a lot of Richie,” Moore admitted in her book. “I was responsible for a lot of alienation. There is no question about it. By the time Richie was 5, I had already let him down. When he needed me the most, I was busier and even more self-concerned than I had been when he was an impressionable infant.”

Moore would go on to find a sense of happiness when she met Dr. Robert Levine. The couple tied the knot in 1983 and remained together until Moore’s death.

Pilato revealed Levine declined his request to participate in his book. But based on his conversations with Moore’s closest confidantes, Levine was the real deal.

“He became completely devoted to her,” said Pilato. “He loved her and dedicated his life to loving her. She really became one of the first cougars because he was like 15 years younger than her. And it lasted.”

It was the cardiologist who stood by Moore’s side in her final hours, People magazine reported.

Pilato hopes his book with shed new light on Moore, whose roles in television continue to deliver laughter in homes across the country.

“I did not set out to write a salacious biography,” he explained. “This book is not salacious, but it is the closest thing to the objective truth that I came to with the most dignity I could muster to tell her story — the Mary Tyler Moore story.”