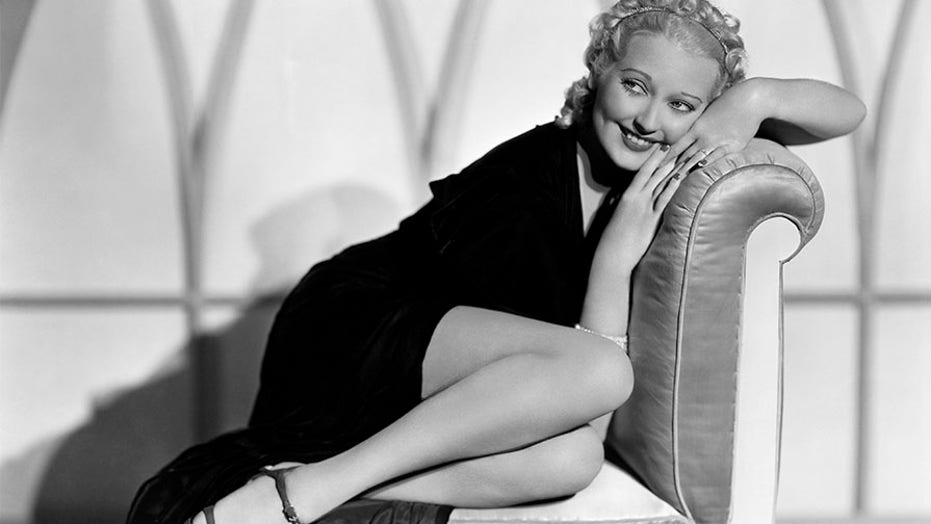 Thelma Todd was thinking about her future before she met a grisly end.

The actress was found dead in her automobile on Dec. 16, 1935, at age 29 from carbon monoxide poisoning after attending a party. To this day, the circumstances surrounding her death still remain a mystery.

Author Michelle Morgan, who has studied Marilyn Monroe's career, had previously written a book in 2015 on the comedienne which is now available on Kindle titled “The Ice Cream Blonde: The Whirlwind Life and Mysterious Death of Screwball Comedienne Thelma Todd.”

While Todd’s contemporaries are no longer alive, Morgan researched archives dedicated to the star, unpublished interviews, FBI files, studio records and the original coroner’s inquest to further understand what could have happened during Todd’s final days. She also interviewed Donald Gallery, the adopted son of actress ZaSu Pitts, who was friends with both Todd and Gallery’s mother Barbara La Marr — another star who met with a tragic ending.

Gallery, who fondly recalled his childhood memories with Todd, passed away in 2014 at age 91.

Morgan told Fox News it’s clear to see why Todd has been forgotten despite appearing in about 120 films between 1926 and 1935.

“When she died, the studio and the people surrounding her wanted to push everything under the rug and move on,” she explained. “Her death had become a massive story that lasted for months. Even her last movie, “The Bohemian Girl,” her role was cut down to this tiny part when she was supposed to be featured prominently in the film. I think people wanted to move on from this scandal.

“Her career ultimately became whittled down to a one-liner in magazines, such as ‘Remember when tragic Thelma Todd passed away?’” Morgan continued. “Her death had become this dirty thing that happened in Hollywood that everyone wanted to quickly forget. Sadly, because no one wanted to speak about her, she was forgotten with time.”

Thelma Todd (1905 - 1935), Hollywood's comedienne. She entered films in the mid-1920s after winning a beauty contest. She died in her parked car of carbon monoxide poisoning, in mysterious circumstances. (Photo by Hulton Archive/Getty Images)

In July of this year, the Eagle-Tribune reported Todd’s hometown of Lawrence, Mass. was determined to keep her legacy alive. It launched a four-day festival dedicated to “Hot Toddy.”

While Todd had yearned to become a schoolteacher, she began entering beauty pageants in her teens, and won the title of Miss Massachusetts in 1925, the Los Angeles Times reported. This earned her the attention of film scouts and she soon found herself in supporting roles.

Despite her growing success, Todd wasn’t completely impressed by fame.

“She was extremely outspoken in Hollywood and wasn’t afraid to speak up when she felt something wasn’t right,” Morgan explained. “She wasn’t a typical Hollywood bombshell who needed to be better than everyone else. If she believed in you, no matter your role, she would defend you. She was far from a dumb blonde.”

And then there was the casting couch.

“She was threatened with blacklisting because she wouldn’t entertain producers at parties and then speak to reporters about her experience,” Morgan pointed out.  “Her New England upbringing influenced her a lot.

“She later gave an interview about the lack of morals that existed in Hollywood and how that was so shocking for her. She saw married people carrying on with other married people and it just wasn’t what she was accustomed to. She didn’t get Hollywood. She was always so thrilled to return home because she could truly understand the people around her. She got the people of Massachusetts versus the strange types she was meeting in Hollywood.”

Actress Thelma Todd, considered one of the silver screen's most beautiful women, has said she prefers serious roles to the comedic ones that have made her famous. Yet she is now playing the comedy lead in Sitting Pretty, also starring Jack Haley, Jack Oakie, and Ginger Rogers. (Photo by John Springer Collection/CORBIS/Corbis via Getty Images)

“Thelma was becoming tiresome of Hollywood and was eager for a change,” said Morgan. “She chose to run a cafe because she knew her career would only have a limited amount of time and she wanted to provide for herself. Thelma herself spoke out about how wasn’t going to be like some of those former stars who disappeared once their fame dwindled. The future was always on her mind and she was optimistic about this new change in her life.”

Morgan doesn’t believe Todd took her life as many in the star's lifetime insisted.

“I don’t think for a second she committed suicide,” said Morgan. “She had been out to a party and was in good spirits. She never gave any kind of indication she was going to take her life.”

As for accidental death? Morgan wasn’t buying that either.

“I rule out accidental death as well,” she said. “People thought she must have accidentally killed herself because she wasn’t aware of carbon monoxide poisoning. But in her lifetime, there was so much press warning the public about carbon monoxide poisoning. It was all over the Los Angeles Times. So I find it hard to believe that a woman who was running a restaurant wouldn’t have been aware of the risks. It was being written about on a near-daily basis.”

Did Todd accidentally lock herself out of her home and decide to stay in her car overnight to keep warm? Morgan didn’t think so.

“The last time she was locked out of her own apartment, she actually smashed the window,” said Morgan. “So what could have kept her out the night she died?”

As for murder, Morgan admitted it would be near-impossible to prove that theory today.

A few months before Todd died, she was receiving several extortion letters by “Ace of Hearts,” threatening her with death unless she paid $10G,” the Los Angeles Times reported. But the outlet also noted that after an arrest was made, the letters stopped coming.

There also was a slew of personalities who were immediately marked as suspects by the press, including Todd’s ex-husband Pat DiCicco, who allegedly had underworld connections, her lover West, who allegedly resented Todd’s relationships with other men, West’s estranged wife Jewel Carmen and even mobster Lucky Luciano, the Chicago Tribune reported.

Roland West mourning the death of movie actress and friend Thelma Todd the morning after her death in 1935. Todd was found in her garage overcome by carbon monoxide poisoning and West became a suspect in her death.

Still, it is believed Todd’s death was an unfortunate accident, KCET shared. According to the network, it is likely Todd locked herself out and didn’t want to wake West up. Therefore, she may have gone into her garage to sleep for a few hours and probably turned on the car to get warm, only to be overcome by the fumes. Todd was still wearing her evening gown and mink coat when she was found by her maid.

Dr. A.F. Wagner, the county autopsy surgeon, testified that there were “traces of alcohol in the brain of the actress,” reported the Los Angeles Times. The outlet noted that “by today’s standards, with a 0.13% blood-alcohol level, she would be considered drunk.” Still, the engine in Todd’s car was not running and there was still fuel in the tank, noted the New England Historical Society.

Morgan suspects we may never know what really happened to Todd. However, Morgan does hope she will be remembered for so much more.

“She was a human who courageously spoke out in Hollywood, not just a body in a garage,” she said.