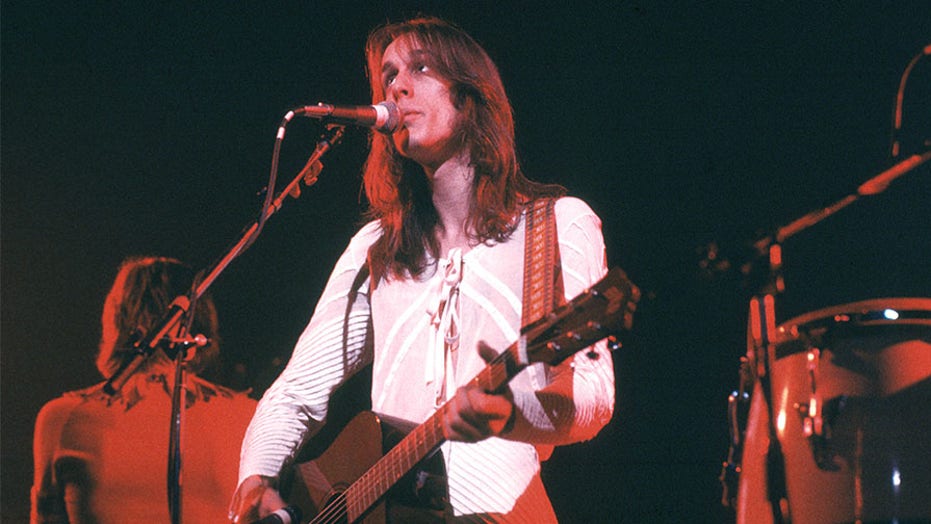 The 71-year-old singer/songwriter/record producer previously didn’t make the final cut for the class of 2019, Billboard reported. But despite earning a second nomination for 2020, the artist is more interested in doing what he loves best — performing for the fans.

According to the outlet, Rundgren is wrapping up “a second album of collaborations” featuring Rivers Cuomo of Weezer, Neil Finn and Steve Vai, among others, which is scheduled to be released sometime in spring 2020. He will also tour some more around the same time, continuing this year’s “The Individualist Tour” coinciding with his 2018 memoir of the same name, all while playing one side of 1973’s “A Wizard, A True Star” each night.

Rundgren spoke to Fox News about why he isn’t taking his second nomination seriously, as well as how he really feels about “Hello, It’s Me” and Bang the Drum All Day.”

Fox News: Looking back, what inspired you to write your memoir?
Todd Rundgren: It started to feel like something was going to get written and I didn’t want somebody else to write it. I had made enough progress on the book that it wasn’t worth just quitting… I think I made a commitment to just push forward. And that forced me to do so until it was finished.

Fox News: How difficult was it for you to revisit some of those memories from your past?
Rundgren: Some things were challenging to encapsulate in the format of a book. So it was challenging… But since these events took place so long ago, I believe that sort of distance gives you a degree of emotional detachment and plausible deniability. Now it’s just too long ago.

Fox News: When it comes to the Rock & Roll Hall of Fame, some artists are all for it. Others feel it’s a popularity contest. What’s your stance?
Rundgren: Well, I’ve never taken it seriously for one thing... When they decided that this was a good idea, I already had like three careers *laughs*. So personally, I never saw that kind of acknowledgment — you know, just some arbitrary bunch of people get together and hand out awards at a fancy event according to rules nobody really understands. I never cared about it. I have made no secret about that.

I have to say that I am upset at the fact that they pulled this stunt — vote and essentially ignore the fans. For years, I have tried to get [my audience] to be realistic about it. But for years, they felt it was an important thing for them, for me to be up there… The treatment towards the fans does upset me. They seem to be out of the whole process. And I believe their say matters the most in this whole process.

Fox News: You previously said there’s a lot of interesting music out there, but chances are you won’t find it because people have become more personalities than artists.
Rundgren: I think it’s a reaction to the collapse of the old record industry model… I don’t think people are selling the music anymore. The product is now your personality. My Apple newsfeed is just loads of clickbait stories that don’t tell you anything except the names of celebrities… You don’t really learn anything and it turns out there’s nothing really controversial at all. But one interview can turn into all these stories you end up clicking on.

It seems like the thing to do these days. You’ll create any sort of attention you can instead of focusing on the music and letting that speak for itself… People seem to be more interested in the larger package than any other element. They’re just as likely to buy your sneakers as they are to buy your music.

Fox News: Who’s one artist you would love to collaborate with if given the opportunity and why?
Rundgren: Well, when I did my “White Knight” record, I got very, very close to potentially working with Tony Bennett. That was the biggest disappointment I had about that particular record. And I think it’s likely at this point that will never happen… I had a lovely conversation with Pete Townshend in which he was just so busy that he just didn’t have the time to consider it at the same time there was an opportunity for us to catch up. But, I don’t have the attitude that I need to collaborate with one particular artist. For so much of my life, my policy was always not to approach the artist. I have to be approached by the artist.

[I do this because] if I go after an artist and it somehow doesn’t turn out so well, then that’s my fault for initiating the whole thing. But if there’s a mutual desire to get a project going, that’s all the more satisfactory… I’m not interested in collaborating with someone who doesn’t excite me or vice versa. Otherwise, then it’s probably not a great idea. And the music will speak for itself.

Fox News: How do you feel about “Hello, It’s Me” today?
Rundgren: It got tiring a long time ago, which is why it kind of became one of the first casualties in my shows. People would call out for it and I had to essentially make a public policy that I don’t take requests *laughs*. So don’t bother yelling out songs at shows. But I do realize the effect the song has on others and how much they enjoy. So, depending on the context, I will play that song because of its historical significance.

Fox News: It’s been said your song “Bang the Drum All Day” occurred to you in a dream.
Rundgren: Sometimes my subconscious will take over the writing process. So even when I’m not thinking about it, there’s something going on in there and it will often pop out when I’m asleep. “Bang the Drum All Day” was a song that I dreamed of… I have no idea where it came from. It just popped into my head one night while I was in the process of recording. So I went down to the studio and essentially jotted down everything I could remember.

It’s become the most lucrative song I have ever written. It was never a hit single, but it got adopted by a lot of sports fans… then it got picked up for various commercials and movie promos — things like that. And then Carnival Cruise decided they wanted it to be their entire identity. For several years, they were paying me ridiculous money to use it. And then they started sinking a lot of ships. So they decided they should change their image *laughs*… I don’t make as much money currently off of it as I used to, but it’s available *laughs*… But, I like to say it was some kind of cosmic gift I was given.

Fox News: What has kept you going as an artist?
Rundgren: Well, you’re never really done. I guess if your aim is commercial, you can say once you have a million-seller and become wealthy, you’ve done it and you’re “successful.” For me, I have always felt there was something more. I don’t want to repeat what others are already doing. I feel there wouldn’t be a sense of purpose in pursuing this if that were the case. I have to do something different that will justify people listening to it. That has kept me going.

Fox News: Liv Tyler previously announced on social media that she was blessed to have two fathers in her life. How would you describe your relationship with her today?
Rundgren: I just came back from England where I had some dinner with her and spent time with her kids. It was a terrific time. In that sense, our relationship has been unaffected by the passage of time. The last time that I saw her was like a year ago. But even though you’re physically far apart, it doesn’t really seem like time passes. Time really does make a difference. Everything’s just like it always was.

Fox News: I understand you reside in Hawaii when you’re not on tour. What lured you there?
Rundgren: I have been going to Kauai since the ‘70s in particular because of the remoteness of it. I was looking to get away from people and things at a certain point. Someone suggested the island of Kauai. It was not the most well-known known place… Most people go to Maui or something like that… Then in 1992, there was a hurricane and the eye of the hurricane just went right over. It essentially flattened it… About eight months later, we were thinking we should look at property because if it’s ever going to be affordable, that was probably the time. And we found a piece of property and fell in love at first sight. It was no longer just a place for vacation.

LYNYRD SKYNYRD FOUNDING BASSIST LARRY JUNSTROM DEAD AT 70: ‘THERE WILL NEVER BE ANOTHER LIKE HIM’

… San Francisco at the time was changing… and gangster rap was becoming the central musical theme with kids. Their idols were Snoop Dogg and Tupac. My oldest son is telling everybody he’s in a gang with Tupac. I’m thinking, “This has to stop or I’m going to be collecting his body any day now.” *laughs*… So we moved the whole family out to Hawaii and enrolled him in a school that had the best baseball coach in the state. He loves baseball so that gave us ammunition. [His team] went on to win championships. My son eventually became drafted as a professional baseball player… It was a move we might have made any time, but it seemed like the right time for us. And we’ve been there ever since… It’s the longest I’ve ever lived in any place.