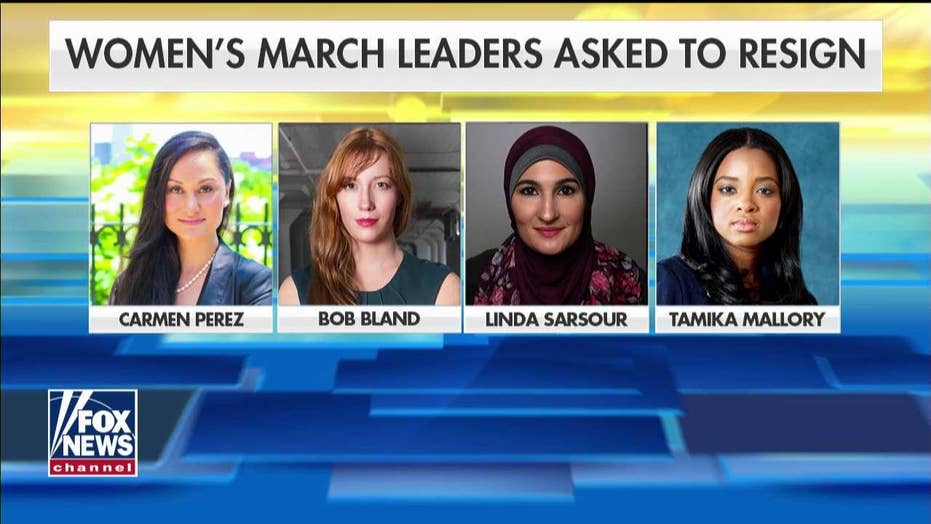 A rift between current leadership and a former organizer of the Women's March has become so extreme that two marches on the same day will be held next month on the streets of New York City, according to a report.

Vanessa Wruble, a Brooklyn-based activist, said she was kicked out of the progressive group in part for being Jewish, after Tamika Mallory, a black gun control activist, and Carmen Perez, a Latina criminal justice reform activist, told her that Jewish people needed to confront their own role in racism, The New York Times reported.

Wruble went on to help found a local women’s group called March On, and now that group, which stresses its denunciation of anti-Semitism, will have a march the same day in New York as the Women’s March group, which the Times said will be led by women of color.

Mallory and Perez denied the allegations to The Times.

“...We’ve all learned a lot about how while white Jews, as white people, uphold white supremacy, ALL Jews are targeted by it,” Mallory said in a statement to The Times.

Mallory, however, did tell the Times that white women were “not trustworthy,” and claimed Wruble gossiped behind the backs of the other march leaders instead of confronting them with issues.

None of the march’s leaders returned Fox News’ request for comment Sunday night.

The leadership of the national chapter has faced significant scrutiny over its alliance with the Nation of Islam and its leader Louis Farrakhan, who has come under fire for many years over his controversial comments that critics have decried as anti-Semitic.

The growing issue: which women could be front-and-center.

“We must create a society in which all women — including Black women, Indigenous women, poor women, immigrant women, disabled women, Muslim women, lesbian, queer and trans women — are free,” the group’s statement read prior to its big D.C. march on Jan. 21, 2017.

However, as The Times reported, the march leaders couldn’t decide which identity might offend another identity.

Wruble told the news outlet that she was told by one of the march leaders that “we really couldn’t center Jewish women in this or we might turn off groups like Black Lives Matter.”