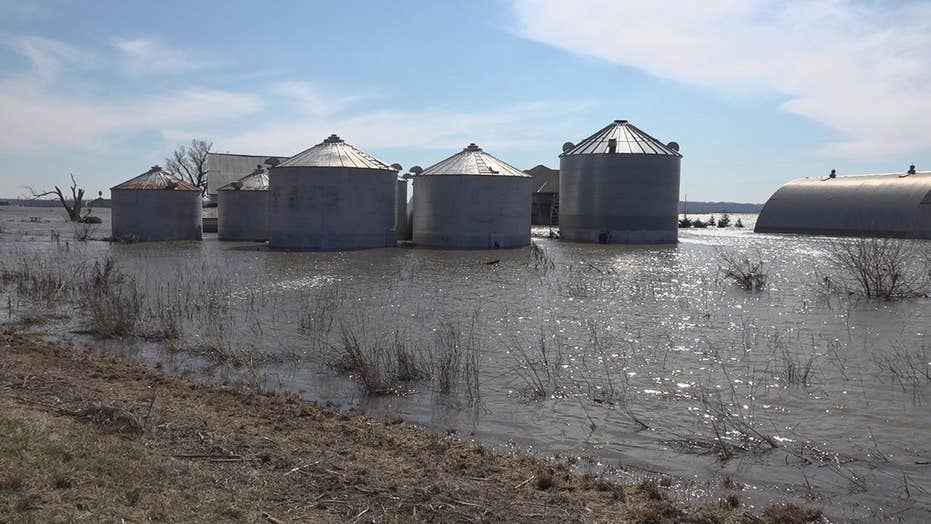 Those April showers brought more than just May flowers, as record-breaking flooding continues along the nation's second-longest river while most of the country is nearly drought-free.

The National Oceanic and Atmospheric Administration said much of the country saw above-average precipitation in April, which helped to bring "sizeable drought relief."

In the U.S. Drought Monitor's report from May 7, only 2.53 percent of the total U.S. was experiencing drought, which was a new record low.

"This is the second smallest drought footprint on record," NOAA said in its April climate report. "Drought conditions improved across Oregon, New Mexico and Texas and expanded across Hawaii and Puerto Rico."

Above-average precipitation was reported in western states, the Mississippi and Ohio River Valleys, Great Lakes and into New England.

"Tennessee was second wettest while Nevada and Utah ranked fourth wettest for this year-to-date period," the NOAA stated.

The 12 months from May 2018 to April 2019 were also the wettest year-long period in the United States period dating back to 1895 when records first started being kept, according to NOAA.

Much of the country experienced above-normal precipitation in April. (NOAA)

That has also contributed to devastating flooding which has caused an estimated $3 billion in damage in the Midwest and continued flooding across the South. At least 44 deaths have been attributed to flooding this year, according to the NWS.

Downriver in Mississippi, the National Weather Service's Vicksburg office said Monday on Twitter that the Mississippi River at Vicksburg has been above flood stage for 86 consecutive days since Feb. 17.

"This is the longest continuous stretch above flood stage since 1927," the NWS said.

The U.S. Army Corps of Engineers opened a floodgate north of Vicksburg on April 1 after six weeks of closure. Floodwaters fell for a time, but began to rise again because of heavy rainfall.

Experts warn water levels are expected to remain high until the end of the month.

On Friday, officials said the rising Mississippi River meant the gate will have to be closed again to prevent even worse flooding inside the walled-off basin.

By late-May, the flooding at Red River Landing and Baton Rouge, Louisiana will "become the longest flood event since 1927," according to the NWS.

The lingering flood makes it unlikely that farmers will plant any summer crops on hundreds of thousands of acres in the south end of Mississippi's Delta region.