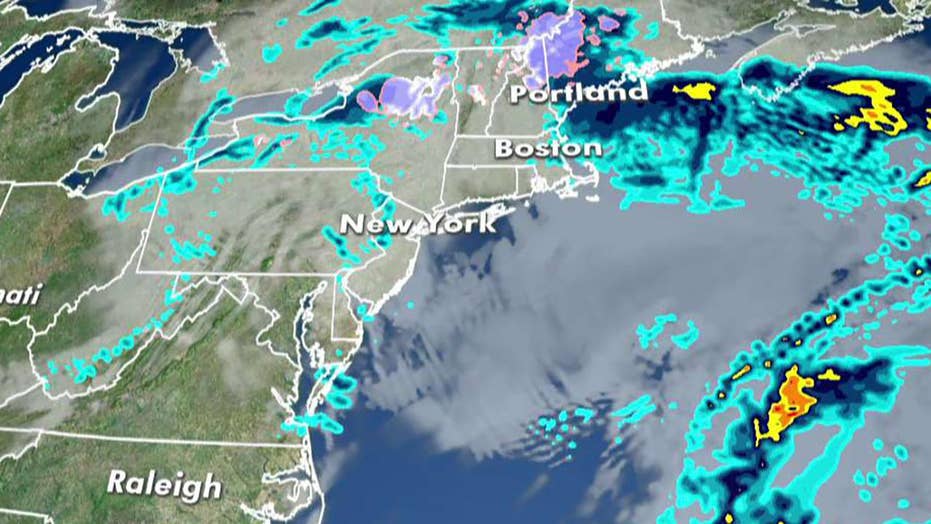 National forecast for Tuesday, May 14

The National Weather Service said a low-pressure system that caused rain across the big Northeast cities on Monday is bringing late-season snow Tuesday to higher elevations of northern New England.

A Winter Weather Advisory was posted for northern New Hampshire and parts of Maine until 4 p.m. on Tuesday, with 1 to 2 inches of wet snow potentially falling in valley locations and 6 to 12 inches in areas above 1,500 feet.

"Plan on slippery and snow-covered roads as elevation increases, especially above 1,500 feet," the NWS said. "The hazardous conditions could impact the morning commute."

Up to 2 inches of snow was reported in elevations in western New Hampshire as of Tuesday morning.

Besides the frozen precipitation, the storm system was bringing winter-like temperatures across the region.

"I think this will be the last snowfall," Fox News Senior Meteorologist Janice Dean said Tuesday on "FOX & friends. "I do have some good news, though: once we get this system out of the way, we're going to start to warm up. But for now, yes that is mountain snow across portions of upstate New York into New England."