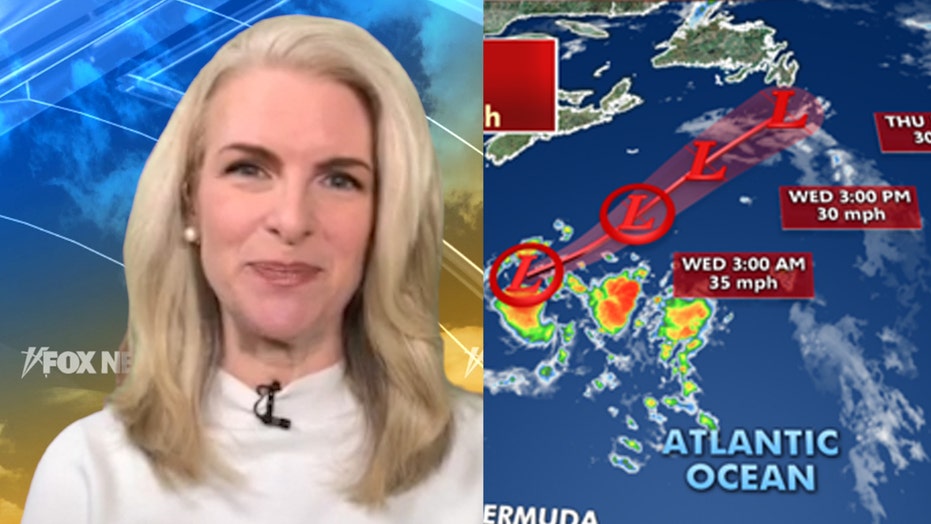 The threat of severe weather returns Tuesday for tens of millions of Americans as another tropical system forms, continuing an already busy 2020 Atlantic hurricane season.

A widespread area of showers and thunderstorms are possible, stretching from the Southern Plains through the Gulf Coast and into the Southeast.

Parts of New Mexico and Texas also will be more at risk for stronger storms and flash flooding.

According to the National Weather Service's (NWS) Storm Prediction Center (SPC), the greatest threat will be large hail and damaging winds, though isolated tornadoes also are possible.

The threat for severe weather on June 23. (Fox News)

The biggest risk of large hail exists from central and east Texas, into Arkansas, Louisiana and Mississippi. About 72 million Americans may see storms Tuesday, according to the SPC.

Another spot that could get hit with severe thunderstorms is over the Interior Northeast, especially later Tuesday afternoon.

Severe thunderstorms are forecast to develop in the South and interior Northeast by Tuesday afternoon. (Fox News)

Ahead of a cold front that’s helping spark some of these storms, temperatures will be very summerlike.

Parts of Northern New York and New England should get into the 90s with possible records being broken.

California also is dealing with above-average temperatures across the Central Valley and northern portions of the state.

Heat advisories are in place from southwestern Oregon into the central valleys of California. Record high temperatures are possible on Tuesday in and near Northern California.

Heat advisories stretch from central to northern California and into Oregon. (Fox News)

The dangerous heat wave will continue through Saturday from the Central Valley to Northern California and into southwestern Oregon.

Subtropical Depression Four is moving across the North Atlantic, away from the U.S. (Fox News)

In addition to severe weather, a subtropical depression has formed in the North Atlantic.

The storm is forecast to remain offshore and shouldn’t strengthen much over the next few days. While it's not expected to become the next named storm, the system continues the trend of above-normal activity.