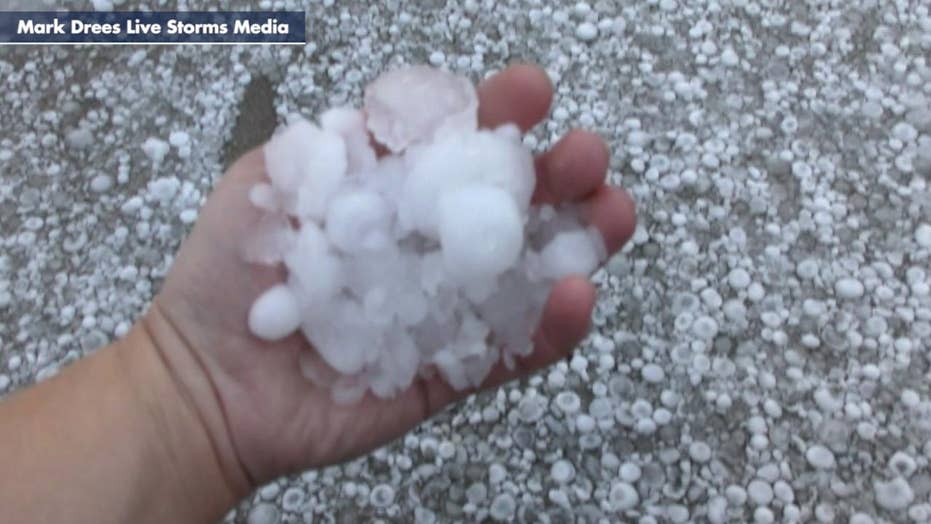 When thunder roars, there's good reason to heed the advice of forecasters and go indoors.

The National Oceanic and Atmospheric Administration's National Severe Storms Laboratory defines a severe thunderstorm as a storm that contains one or more of the following: hail one inch or greater, winds gusting in excess of 57.5 mph, or a tornado.

In general, thunderstorms produce lightning and tornadoes in addition to heavy rain that can cause flash flooding.

According to the National Weather Service, severe thunderstorm warnings are issued with storms meeting the criteria as reported by weather spotters or indicated by radar.

"Warnings indicate imminent danger to life and property," according to the NWS.

Storms that grow to be that strong can have hail large enough to damage property such as plants, roofs and vehicles.

In addition to lightning, severe thunderstorms bring the threat of hail one inch or greater, winds gusting over 57.5 mph, or a tornado. (iStock)

Winds gusting more than 58 mph can also break off large branches, knock over trees, or cause structural damage to trees and nearby buildings.

"Some severe thunderstorms can produce hail larger than softballs or winds over 100 mph, so please pay attention to the weather so you know when severe storms are possible," according to the NWS.

According to the NSSL, thunderstorms are most likely in the spring and summer months, particularly during the afternoon and evening hours, but they can occur year-round and at all hours.

"Along the Gulf Coast and across the Southeastern and Western states, most thunderstorms occur during the afternoon," the agency states. "Thunderstorms frequently occur in the late afternoon and at night in the Plains states."