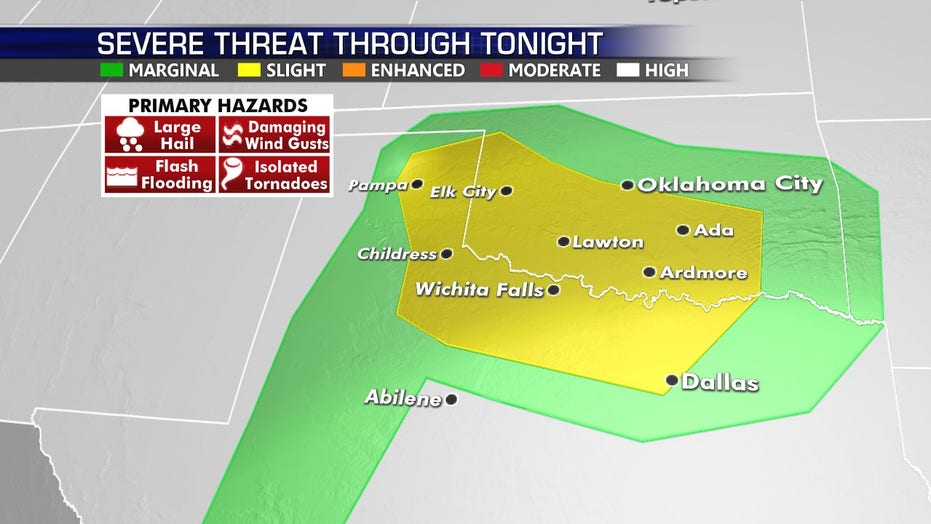 The threat of severe weather is returning across the Southern Plains as a developing system ushering in the polar vortex this week also may bring violent weather on Thursday.

The National Weather Service's (NWS) Weather Prediction Center said a swath of rain and high-elevation snow across the northern Rockies will "quickly expand eastward" into the central and southern Plains by Thursday afternoon into Friday morning. Strong to severe thunderstorms will be possible across the area, with locally heavy rainfall.

"The storms may contain large hail and gusty winds, while the rain may yield some flash flood concerns," according to the NWS.

The best chance for severe thunderstorms on Thursday will be from the Texas and Oklahoma panhandles into central Oklahoma.

According to the Storm Prediction Center, about 14 million Americans are under the threat of severe storms.

Cities such as the Dallas/Fort Worth Metroplex, Oklahoma City, Lubbock and Midland, Texas, and eastward into Tulsa and Fort Smith, Ark.

According to forecasters, the biggest threat will be severe hail and damaging thunderstorm gusts. 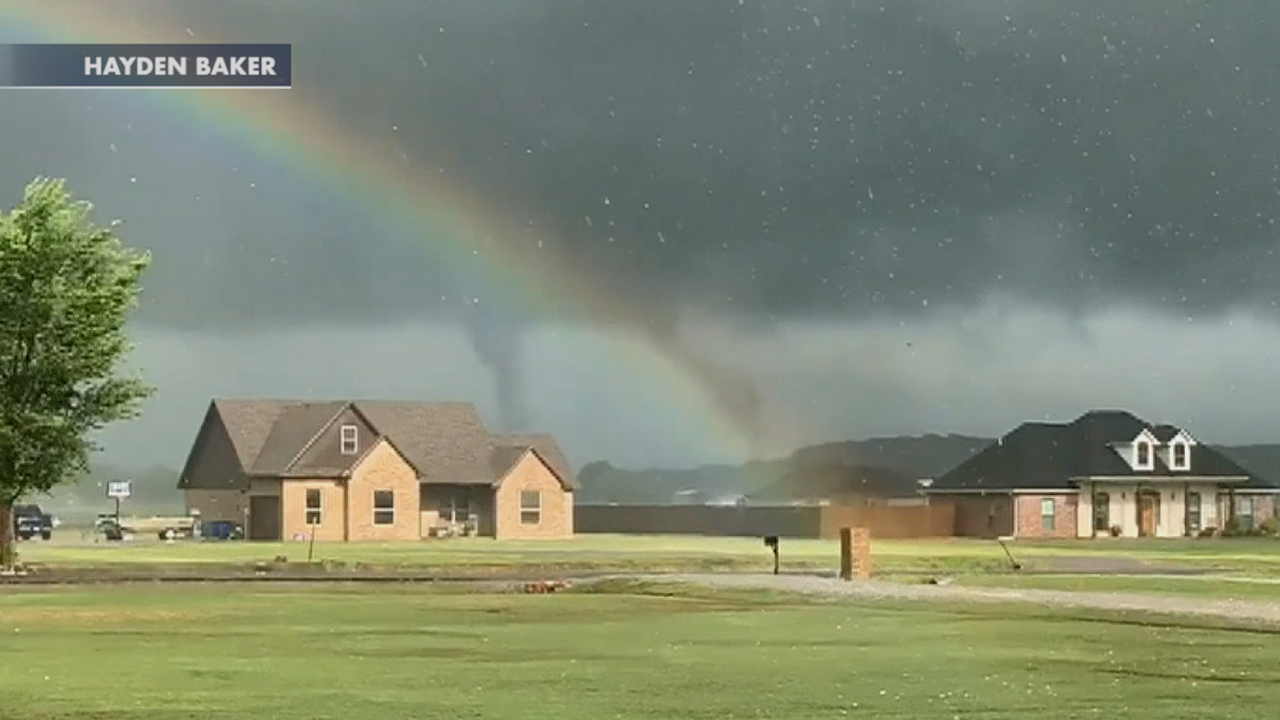 Raw video: Tornado funnel forms in Lake Durant, Oklahoma, as a rainbow is visible in the foreground.

According to the SPC, the greatest threat of storms will be in the late evening and overnight hours.

"Local gusts near hurricane force may occur," the SPC said.

A squall line that develops may move as far southeast as parts of Arkansas and northeast/north-central Texas into the overnight hours.

Isolated tornadoes also are possible across the region on Thursday. Tornado season typically peaks in May when more than 250 twisters are reported, on average.

Tornado probability in the month of May, on average. (Fox News)

Tornadoes are more likely to form in the southeast portion of the U.S. from mid-April to early May, Jeffrey Basara, an associate professor of meteorology at the University of Oklahoma, previously told Fox News. Then, from late April to early June, the twisters transition westward into the Great Plains.

As the season reaches its peak, it's important to know the difference between a tornado watch and a tornado warning: A watch indicates a tornado could form, or “there are weather conditions that are favorable for tornadoes,” according to Fox News senior meteorologist Janice Dean. A warning means a tornado already has been spotted.

So far, 2020 has been the deadliest year for tornadoes since 2011 after severe weather in the Tennessee and the South.