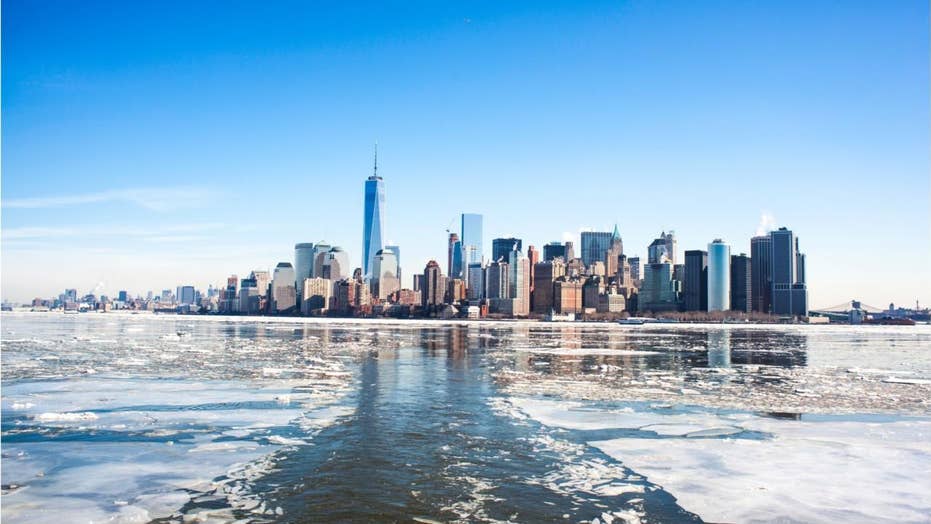 In the winter months, bitterly cold outbreaks of Arctic air across the Midwest and the Northeast can be tied to what is known as the "polar vortex."

The polar vortex refers to the cold air and low pressure that constantly surrounds both of the Earth’s poles. In the winter, a disruption in the polar vortex can occur as it tends to expand in the Northern Hemisphere, pushing that cold air farther south, according to the National Weather Service (NWS).

"This occurs fairly regularly during wintertime and is often associated with large outbreaks of Arctic air in the United States," according to the NWS.

WHAT IS A NOR'EASTER? THE CLASSIC EAST COAST STORMS EXPLAINED

Read on for a look at what to know about the polar vortex and how it could impact weather conditions during the winter.

A polar vortex “is a large area of low pressure and cold air surrounding both of the Earth’s poles,” the NWS explains. In the Northern Hemisphere, the vortex tends to expand in the winter, pushing the colder air south.

The boundary between the colder air coming down from the Arctic and the warmer air from the south is called the polar front jet stream, which usually moves quickly from west to east, according to Mark Serreze of the National Snow and Ice Data Center. That boundary line is continually moving – generally shifting farther south in the winter.

The polar vortex can be seen in this graphic from the National Weather Service. (NOAA/NWS)

"Aside from temperature, the very important thing about where the jet stream lies is that storms (like nor'easters) form along the jet stream and their path is guided by the jet stream," Serreze told Fox News, adding the temperature contrast of the warm and cold air "is what feeds the storms."

WHAT IS A BOMB CYCLONE?

The vortex is continuously present – whether we feel the effects or not.

While the name seems menacing, the greatest danger a polar vortex brings is a decrease in temperature as it expands – particularly in areas that don’t normally experience drastically cold weather.

CAN IT BE TOO COLD TO SNOW? WHY LIFTING OF AIR MATTERS

"In short, there is no cause to be alarmed when you hear about the polar vortex, but you should be prepared for colder temperatures," according to the Weather Service. "It is also a good idea to check the items in your home and car emergency kits at the beginning of each winter season to ensure you are prepared for any type of hazardous winter weather."

No. Polar vortexes have been occurring for a long time, albeit the term “has only recently been popularized,” according to the NWS.

A frigid look at the United States in the midst of the polar vortex in 2019. (NOAA)

Does it only impact the US?

While residents in the Midwest and Northeast may be used to the term "polar vortex," they're not alone in shivering in the cold.

Many times during winter months,the polar vortex will expand, sending cold air southward with the jet stream into the U.S. (Fox News)

Portions of Europe and Asia also experience cold surges connected to the polar vortex, according to the NWS.

Does climate change play a part?

The effect climate change has on the polar vortex is still up for debate among climate scientists, Serreze said.

"Nobody is questioning the strong Arctic warming. Where the questions lie are the effects of the warming on the polar vortex and jet stream," he said. "While some scientists argue that the Arctic warming is already having an effect on the polar vortex and jet stream (hence weather patterns), other scientists remain unconvinced and focus on other things that can affect the jet stream, such as sea surface temperatures in the tropics."