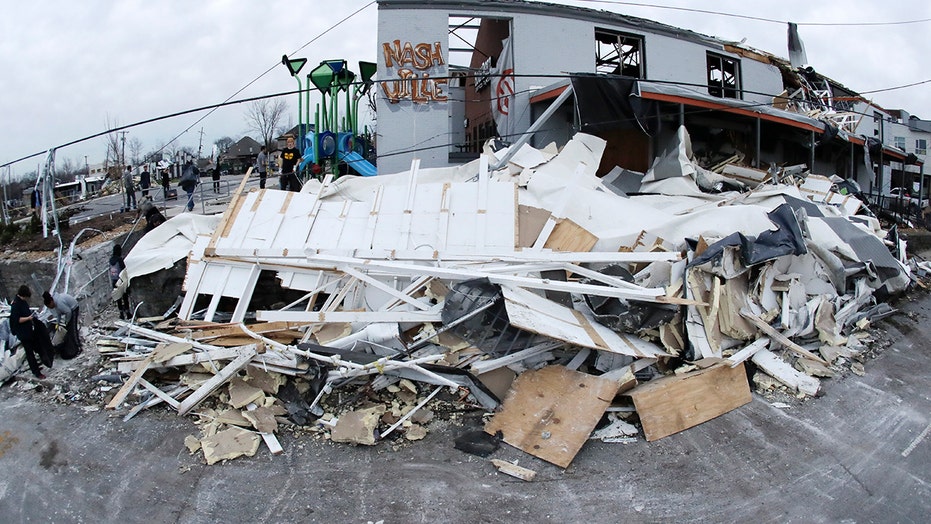 As April ends, severe weather across the South and Southern Plains has made 2020 the deadliest year for tornadoes in nine years -- even as the annual peak period for the destructive storms looms.

As of Thursday, 73 people have been killed by tornadoes in 2020, according to the National Oceanic and Atmospheric Administration's Storm Prediction Center (SPC) said. Overall this year, there have been 589 reports of tornadoes across the U.S., with the SPC saying six of the top 10 tornado days were in April.

"We've had rounds of severe weather for the month of April, way ahead in terms of tornado reports," Fox News senior meteorologist Janice Dean said Wednesday on "Fox & Friends."

The number of twisters reported so far this year appears to be well ahead of the three-year average of 424 by late April, but that number likely will decrease as tornado reports are analyzed by forecasters.

The number of tornado reports so far in April 2020, compared to on average. (Fox News)

On average, around 1,200 tornadoes are reported in the U.S. every year, more than any country in the world. Tornadoes kill about 60 people per year, on average, mostly because of flying or falling debris. But the actual number can vary from single digits to hundreds, according to the SPC. The last time the numbers were so high for tornado fatalities was in 2011, when 553 people were killed overall.

So far in 2020, Tennessee has the greatest number of tornado-related fatalities, with 28 reported, the SPC said. Most of those deaths were in March when a tornado and severe weather outbreak was blamed for several deaths in and around Nashville.

The locations of deadly tornadoes so far in 2020. (NOAA/Storm Prediction Center)

One particular twister that struck near Cookeville killed 19 people, as the EF-4 tornado brought winds up to 175 mph. It also injured 88 people in Putnam County, east of Nashville.

Forecasters said the Putnam County twister was the first violent tornado in the Middle Tennessee area since April 2009.

By mid-April, that toll jumped after more than 100 tornadoes struck the South on Easter Sunday and Monday, the National Weather Service (NWS) said. Officials said at least 36 people were killed in the two-day outbreak of storms. 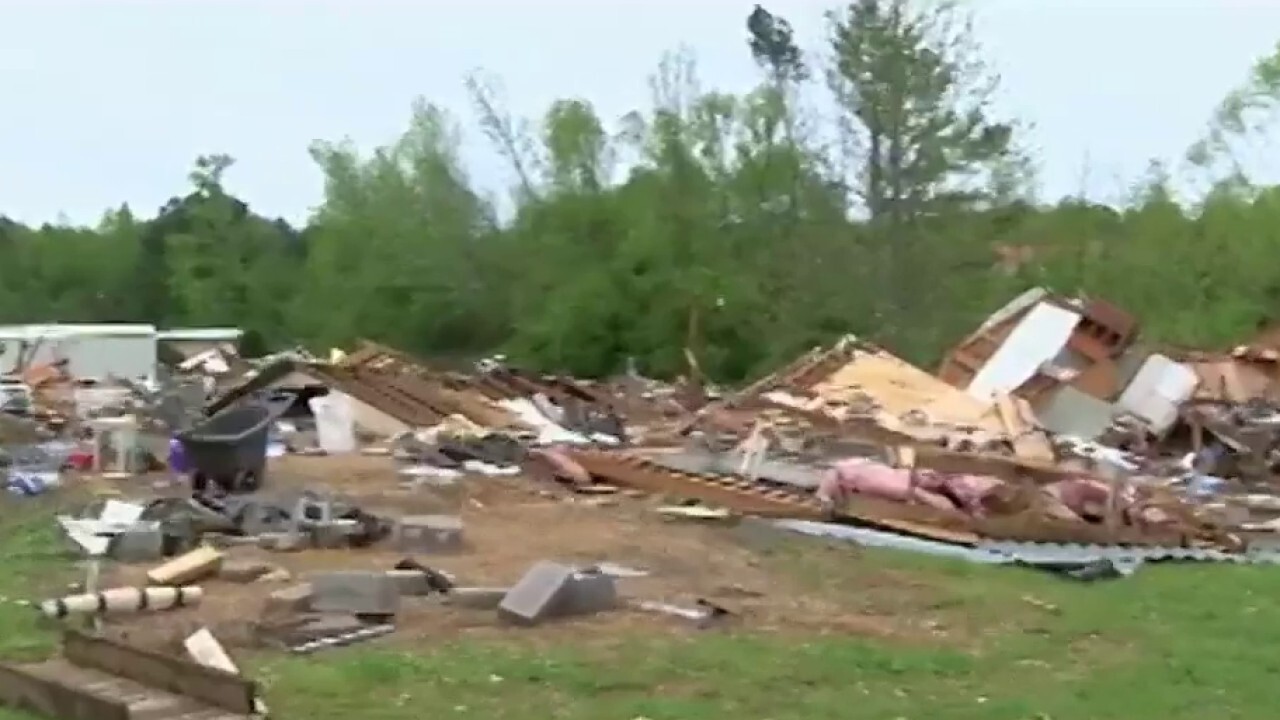 One week after that Easter Sunday outbreak, another round of tornadoes killed four in Mississippi and two in Alabama. That same week, a total of seven people were killed after tornadoes tore through parts of Texas, Oklahoma and Louisiana, splintering buildings and overturning a semi-truck on an interstate.

According to Dean, one thing that sticks out with tornadoes in 2020 is "definitely" the strength. So far this year, there's been an unusually high number categorized as "violent" and more than 40 percent designated as "strong."

Besides the powerful twister that struck Tennessee in April, one of dozens of tornadoes that ripped across the South on Easter Sunday was so powerful, its mark on Mississippi was picked up by satellites. The NWS office in Jackson, Miss., said one of those tornadoes that went roughly southwest of the town of Bassfield had a preliminary rating of an EF-4 tornado with peak winds of 170 mph.

WHAT CAN YOU DO TO PROTECT YOURSELF DURING A TORNADO? WHAT TO KNOW

The agency released a satellite image that showed the "big long-track tornado scars." That showed the mark from the powerful tornado that killed four people as it traveled at least 67.7 miles from Jefferson Davis to Clarke County, with a width of at least 2 miles.

Tornado scars can be see in Mississippi on satellite after severe storms on Easter Sunday, including a violent tornado that traveled over 60 miles. (NWS Jackson)

Storms have struck in heavily populated areas, such as near Nashville. Severe weather outbreaks in the Southeast have higher odds of being deadlier than in the Plains, where the population is more spread out.

An analysis of tornado destruction so far this year also shows that it's been dark during several of the tornadoes.

Tornado probably in the month of April. (Fox News)

"Nighttime tornadoes are more than twice as likely to be deadly than tornadoes that occur during the day," Dean said Thursday.

The reason is a combination of people sleeping, not listening to the news or having their phones silent, in addition to not being able to see severe weather coming, according to Dean.

Tornado season typically peaks in May when more than 250 twisters are reported, on average.

Tornadoes are more likely to form in the southeast portion of the U.S. from mid-April to early May, Jeffrey Basara, an associate professor of meteorology at the University of Oklahoma, previously told Fox News Then, from late April to early June, the twisters typically transition westward into the Great Plains.

Tornado probably in the month of May. (Fox News)

As the season reaches its peak, it's important to know the difference between a tornado watch and a tornado warning: A watch indicates a tornado could form, or “there are weather conditions that are favorable for tornadoes,” according to Dean. A warning means a tornado already has been spotted.

Part of preparing for the storms includes having an emergency plan before a tornado to know if one is coming -- such as having NOAA weather radios on -- and knowing the safest place in one's home for protection. If you do not have a basement, Dean suggests hiding in a closet or bathroom on the ground level.