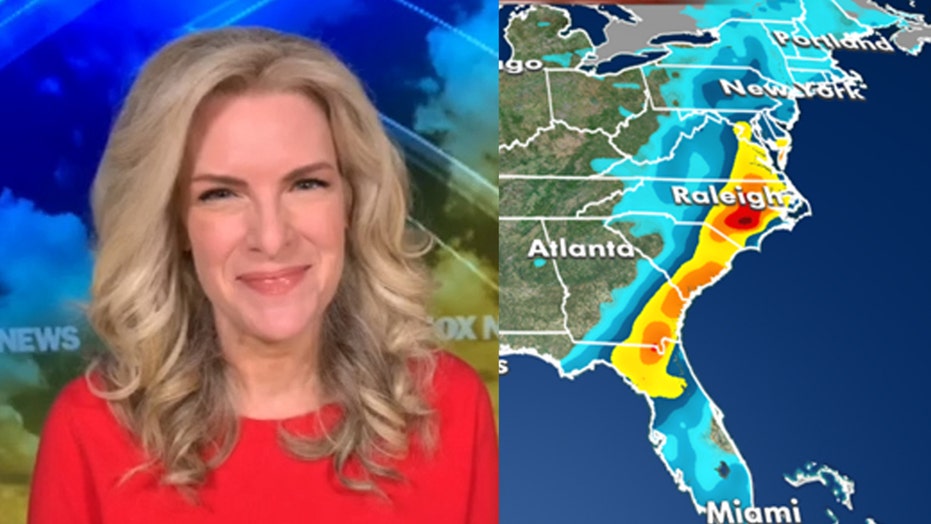 More than half a million customers lost power late Wednesday as severe thunderstorms blasted through the Midwest after remnants from Tropical Storm Cristobal merged with another storm.

In Michigan, 430,000 customers of the state’s electric utilities, Jackson, Michigan-based Consumers Energy, and Detroit-based DTE Energy, were reported to be without power late Wednesday.

And as of Thursday morning, power outage tracking site poweroutage.us showed more than 288,758 outages in Michigan and 100,500 outages in Ohio.

Storm reports from severe weather on Wednesday across the Midwest. (Fox News)

Storm damage is seen at a home on Main Street in Concord, Mich., on June 10. (J. Scott Park/Jackson Citizen Patriot via AP)

"I saw that my sunroom was blowing off of its foundation, off the house," Justin Macksoud told FOX2. "It was in half, it had an upper half and a lower half. Almost like a mouth, chomping up and down. And when it went up one final time, I noticed there was a tree laying there. I looked in the backyard and my oak and my maple had knocked each other and left giant holes in the concrete."

Concord firefighters work at the scene of a downed tree and power line on Main Street on June 10. (J. Scott Park/Jackson Citizen Patriot via AP)

A church roof was peeled away in southeastern Michigan's Sanilac County.

Video from LaGrange County, Ind., showed a semi-truck being blown over as storms moved through Wednesday afternoon.

The theater, which opened in 1928, was closed due to the coronavirus pandemic. City officials said on Twitter the building suffered "extensive damage" from the storms.

"We love this city and can’t wait to help build the next chapter," the theater tweeted. "We will be back."

Besides the damaging winds, heavy rain and up to 2-inch hail was reported in the region.

The Indiana Department of Transportation reported some lanes of Interstate 80/94 in Hammond were flooded after the rain.

Heavy rain is in the forecast through parts of the East Coast. (Fox News)

A cold front stretching from Maine to Florida will bring the risk for heavy rain and thunderstorms on Thursday to the East Coast.

The wet weather will linger across the MidAtlantic and Southeast over the weekend.

Showers and thunderstorms will bring heavy rain to the East Coast on Thursday. (Fox News)

Showers and thunderstorms can be expected across coastal sections of the Carolinas, Georgia, and into northern Florida.

Rain that moves into northern California by Thursday should reach Nevada by the weekend.

Because of low humidity and strong winds, fire danger remains elevated for parts of the Great Basin and Southern Plains.