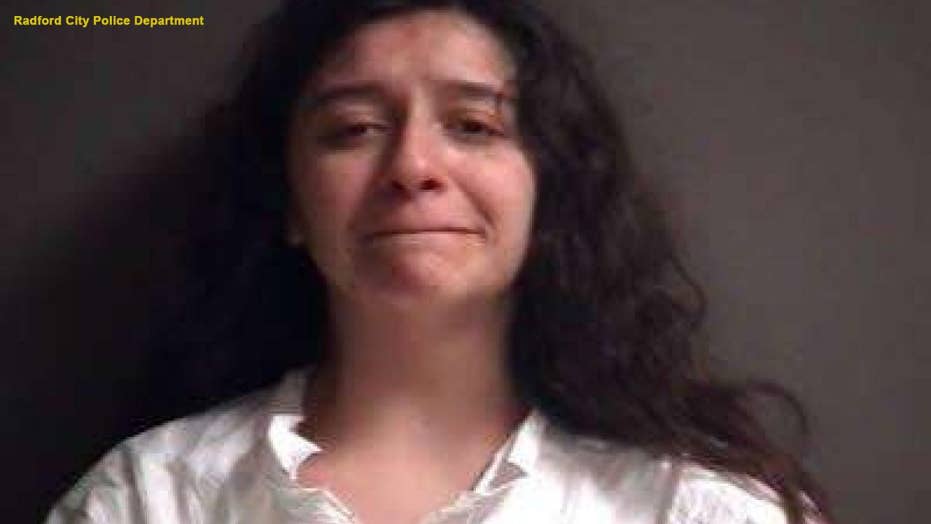 Radford University student, Luisa Ines Tudela Harris Cutting, 21, was arrested and charged with second-degree murder for the killing of a fellow classmate.

Former Radford University student Luisa Cutting reportedly told police she was “doing cocaine with the devil” before she fatally stabbed her roommate more than 30 times earlier this year in what authorities have called a psychotic episode.

Cutting, 21, allegedly admitted to killing Alexa Cannon in their apartment near the school on Jan. 24 and asked police to arrest her when they discovered her covered in blood at the scene. The two had been friends prior to moving in together.

OKLAHOMA MAN, 80, FATALLY SHOT WIFE IN HEAD BECAUSE SHE HAD DEMENTIA: REPORTS

The 21-year-old psychology student pleaded guilty Monday to second-degree murder and was sentenced to 20 years in prison, The Roanoke Times reported.

While Radford City Commonwealth's Attorney Chris Rehak said authorities have been unable to establish a motive for the killing, new details emerged at Monday’s hearing.

Cutting told police in “a rambling and bizarre” recorded confession that she was on a cocktail of drugs, including cocaine, mushrooms, Xanax and Adderall the night she killed Cannon, Rehak said.

She also prayed, mentioned the apocalypse and uttered the line about doing cocaine with the devil, the paper reported.

Rehak said these factors, combined with evidence that Cutting had been sleep deprived in the days before the murder, triggered a psychotic episode, WSLS-TV reported.

Cutting also exhibited strange behavior while at the jail, like trying to repeatedly shove her entire hand into her mouth, according to the station. She was reportedly taken to a mental health facility for a week.

Judge Joey Showalter handed down a sentence of 40 years in prison, to be suspended after Cutting served 20 years, and 10 years of probation, the Times reported. Cutting also had to enroll in mental health counseling.

At the hearing, Cutting gave a brief apology to Cannon’s family.

"There are no words for this tragedy,” she said. “And my heart is filled with sorrow and grief. My heart goes out to the Cannon family.”