Earlier this month, Cuomo, a Democrat, announced that he would limit indoor and outdoor gatherings at private residences to up to 10 people and impose a 10 p.m. ET curfew on bars, restaurants and gyms or fitness centers.

Schools have also shuttered once more as the COVID-19 infection rate continues to spike upward, and the Big Apple announced it would open its first field hospital since the spring. On Tuesday, the ratio of New York City residents who tested positive for COVID-19 reached a seven-day average of 3.17%, up from 3.06% on Monday.

In addition, guidance from the Centers for Disease Control and Prevention (CDC) says the safest way to hold a Thanksgiving celebration is to keep it limited to the members of a household.

Nevertheless, just hours before the order took effect, authorities decided the holiday is a family affair and that they would be better served turning their attention elsewhere -- even if they receive complaints.

Many sheriffs in upstate New York argue that they lack the resources to do as they're told, promising not to interfere with the "great tradition."

Some went even as far as to call it "unconstitutional," and Saratoga County Sheriff Michael Zurlo wrote in a press release that he couldn't see how devoting "resources to counting cars in citizens’ driveways or investigating how much turkey and dressing they’ve purchased is for the public good."

Speaking on Monday, Cuomo added that those who choose not to enforce the law are violating their constitutional duties. 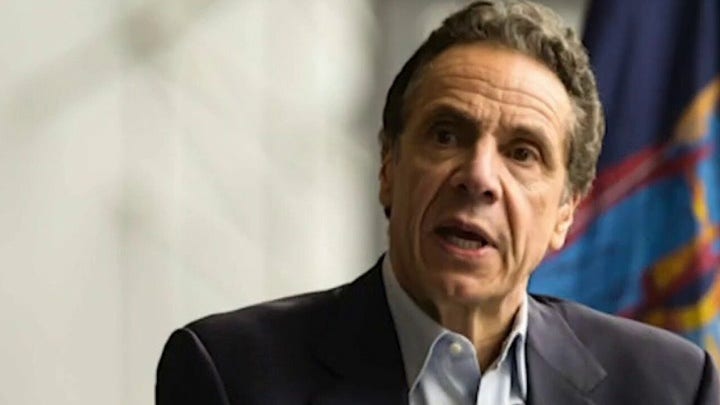 In a letter responding to Cuomo, the New York State Sheriff’s Association called the governor's comments "ironic" and "disingenuous."

They said that he had previously told state police that it does not have to enforce the order and NYPD Commissioner Dermot Shea urged residents to "be smart" in an interview with NY1 last week.

"We're encouraging everyone to use common sense here and to get New York City through this," he pleaded.

On Tuesday, the governor asserted that the law is the law. "Are you a politician, or are you law enforcement? You have to pick because it gets dangerous when law enforcement says, 'I'm only going to enforce laws I agree with,'" he added. "This is not normal Thanksgiving. ... Nothing is normal because it isn't normal."

Ironically, Cuomo himself was widely criticized this week for planning to dine with his 89-year-old mother and two young daughters on Thanksgiving. He has since canceled those plans, telling reporters it was hard for him to do so.