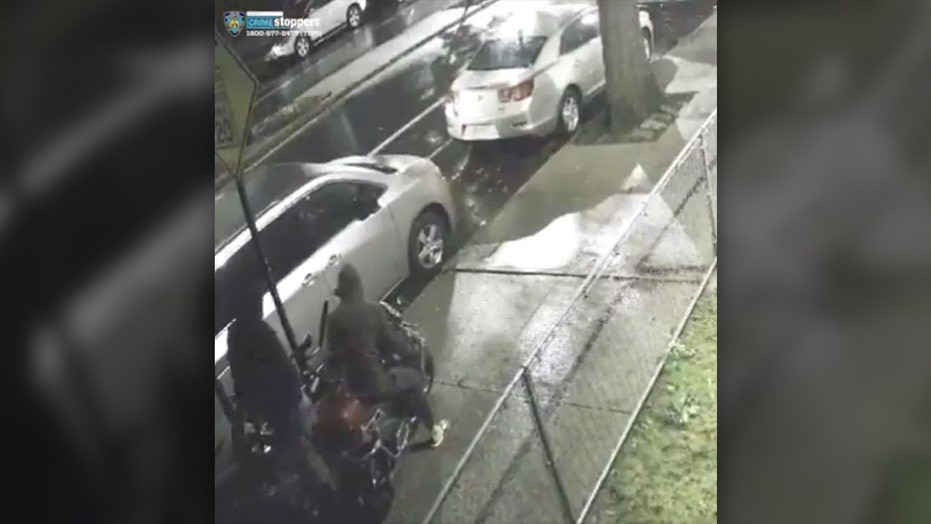 The NYPD announced an arrest Saturday in the case of a Queens woman killed by a stray bullet as she and her family slept in their apartment.

The bullet struck Bertha Arriaga, a 43-year-old mother of three, around 1 a.m. Wednesday in a quiet residential section of Jackson Heights.

Issam Elabbar, 31, of Corona, Queens, was charged with the murder, police said.

After the murder, detectives released surveillance video showing two hooded would-be thieves trying to steal a chained bicycle outside Arriaga’s apartment building, saying they were being sought for questioning in the murder.

“This is what senseless gun violence does – it destroys families,” Police Commissioner Dermot Shea said after Arriaga was killed.

NYC FATHER RECALLS MOMENT STRAY BULLET RIPPED THROUGH HIS HOME: 'YOU FEAR FOR YOUR SAFETY, YOUR CHILDREN'

Her teenage son found her in her third-floor bedroom with a bullet wound to the head, according to reports. She had two other children and was married.

Arriaga's murder was one of 344 murders recorded in New York City this year, which has seen a surge in gun violence, the New York Post reported Friday.

That number totals more than all of last year's homicides and is the most since 2013, when there were 335 slayings in the city's five boroughs, the paper reported.