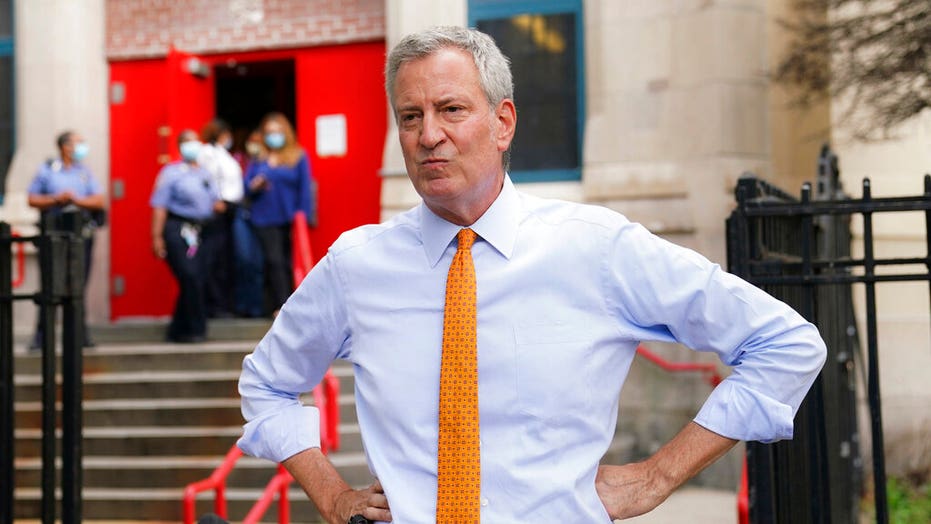 “Our officers should be held to the same standard as all citizens, all public standards,” he said at a news conference Wednesday. “If they don’t, there should be penalties.”

Despite the statement, de Blasio said most police officers do wear masks on the job in the Big Apple. But the New York Post reported that at the same time the mayor made that statement, more than 30 officers in the building’s hallway were not wearing masks.

Of the 18 outside the press room at 1 Police Plaza, only three had masks on, according to the Post. And none of the 16 officers near the elevator were wearing them.

“I hope he would agree that doing so is synonymous with the NYPD’s credo of courtesy, professionalism, and respect,” he said in a statement.

Shea and the NYPD have disputed claims that there are a large number of officers flouting the mask order.

The New York City Police Benevolent Association did not immediately respond to a Fox News request for comment. But early on in the pandemic, the city’s largest police union said it filed a health and safety complaint and accused de Blasio’s administration of failing to supply enough gloves and masks for officers.

New York Gov. Andrew Cuomo issued an executive order in April requiring masks or face coverings to be worn when people are unable to adhere to social distancing guidelines. Earlier this week, he called on police to set an example and wear masks themselves.

“If you don't enforce the mask ordinance, you will have a higher infection rate,” Cuomo said during a news conference Tuesday, referring to municipalities across the state, not just in the city. “Those are the facts. We know the facts.”