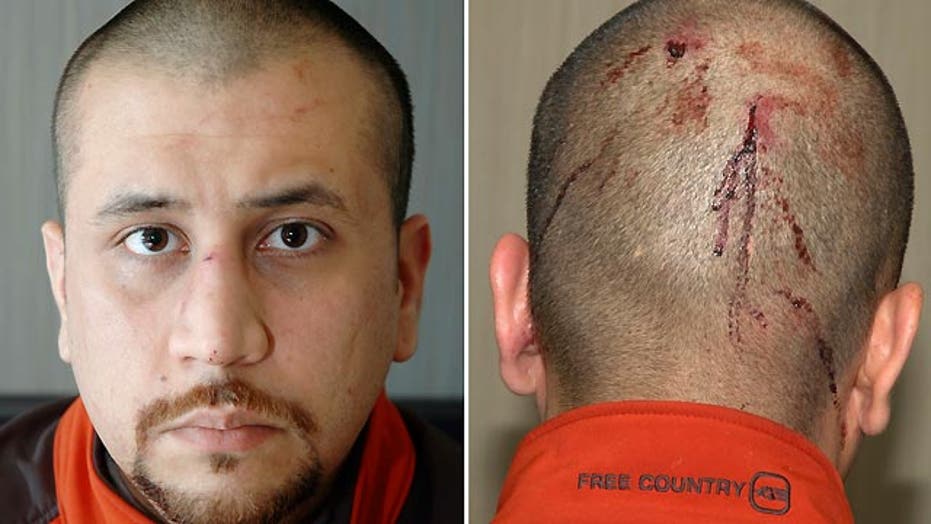 An expert witness testified Wednesday that none of George Zimmerman's DNA was found under the fingernails of Trayvon Martin, despite defense attempts to portray Zimmerman as only firing his gun in self-defense.

Crime lab analyst Anthony Gorgone testified no DNA samples taken from Martin's fingernails matched that of Zimmerman, a Florida neighborhood watch volunteer charged with killing the teenager during a scuffle.

Gorgone also testified that two different DNA profiles were found on the pistol grip. One was Zimmerman's but the other could not be identified. However, Gorgone said he was able to determine that it did not match Martin's DNA sequence.

During cross-examination, defense attorney Don West attempted to highlight potential problems with DNA evidence, pointing out that only one swab was used on Martin's fingernails while four were used on Zimmerman's pistol.

West also asked Gorgone if the fact that Martin's sweatshirt was still wet when it was bagged for evidence could compromise any DNA samples.

"The clothing should have been air dried before it was packaged or at least packaged in paper bags?" West asked Gorgone, who replied, "Ideally you would like to air dry them before package. On top of that our agencies are encouraged not to place them in plastic bags."

Martin's mother, Sybrina Fulton is expected to take the stand when court reconvenes on Friday morning.

Both of Martin's parents have been present for the trial every day.

Prosecutors spent most of Wednesday's proceedings painting Zimmerman as a police wannabe, amid testimony that featured technological glitches, forensic evidence and a prosecution witness who greeted Zimmerman from the stand.

Late-morning testimony was stalled at one point by apparent pranksters on Skype. As Seminole State College Professor Dr. Gordon "Scott" Pleasants attempted to testify via the VoIP service, about four dozen people called to his line. The Skype connection had to be closed and Pleasants was forced to finish by phone.

"He said his goal was to become an attorney and eventually a prosecutor," Pleasants said.

Day eight of testimony in the trial began with a morning hearing in which Judge Debra Nelson ruled information about Zimmerman's studies and unsuccessful application for a police job in Virginia was admissible. Prosecutors called a military prosecutor who taught a criminal procedure class at Seminole State College in which Zimmerman earned an A.

"He was probably one of the better students in the class,"said Alexis Francisco Carter, an officer in the U.S. military JAG corps.

When defense attorney Don West cross-examined Carter, and pointed out Zimmerman at the defense table, the military lawyer smiled at the defendant.

"How you doing, George?" Carter said.

Prosecutors want to show that Zimmerman aspired to be a police officer and knew about Florida's "Stand Your Ground" law, which says there is no duty to retreat if one is confronted with potentially lethal force. Prosecutors now plan to introduce evidence about a college criminal justice course the defendant took that included course work on Florida's self-defense law. The testimony appears aimed at bolstering the state's claim he acted more aggressively than a civilian watch volunteer ought to.

Prosecutors also introduced a job application Zimmerman made to the Prince William County, Va., police department in Virginia in 2009 and an application to ride around with Sanford police officers in 2010. They also called to the stand Sanford Police Administrative Service Manager Jim Krzenski, who verified that Zimmerman filed the application.

Firearms expert Any Siewert testified that Zimmerman's weapon had a full magazine plus an additional bullet in the chamber. During cross-examination defense attorney Mark O'Mara pointed out that the defendant's firearm was safer because it was a double action handgun which requires a stronger pull than a single action weapon which countered the prosecutions earlier suggestion that the gun was unsafe.

Siewert also explained how gunpowder wound up on Martin's hooded sweatshirt as it was presented as evidence before the court.

On Tuesday, a medical examiner testified that Zimmerman's injuries were "insignificant" and could have been the result of a single blow as prosecutors continued to make their case that the neighborhood watch volunteer was not simply defending himself when he shot the 17-year-old Martin.

Zimmerman's best friend and the author of a book defending him also testified that when he drove Zimmerman home from the Sanford Police Station, Zimmerman told him Martin grabbed hold of his gun as the two grappled in the gated community.

"Somehow I broke his grip on the gun when the guy grabbed between the grip and hammer," Mark Osterman, author of "Defending our Friend: The Most Hated Man in America," said, quoting Zimmerman whom he also he described as "stunned" and "detached" as he drove Zimmerman and his wife home.

"He had a stunned look on his face," Osterman said, "He was wide-eyed. A little bit detached."

Osterman also said that Zimmerman told him that he got out of his truck after seeing the Martin walking through two buildings, which he thought was suspicious.

Zimmerman could get life in prison if convicted of second-degree murder. The state argued during its opening statement that Zimmerman profiled and followed Martin in his truck and called a police dispatch number before he and the teen got into a fight.