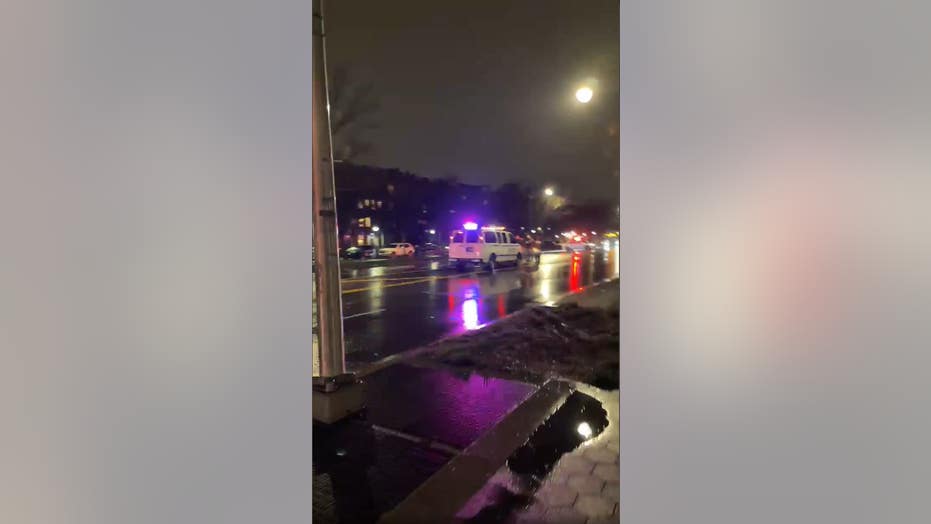 An NYPD van struck and killed a pedestrian in Brooklyn Thursday night, according to authorities.

It happened just after 8 p.m. at the intersection of Eastern Parkway and Schenectady Avenue.

Emergency responders rushed him to the nearby Kings County Hospital, where he was pronounced deceased, according to the NYPD.

Police said they had no reports that anyone else was injured in the incident. The investigation was ongoing, and they noted that the details were preliminary.

One showed a police van stopped on the median and several people standing in front. It was not immediately clear whether that had been the one involved in the crash.

In the same video, a group of unseen people can be overheard discussing the incident.

A woman replies that she had just come off the subway and "saw the f---ing shoes flew off."