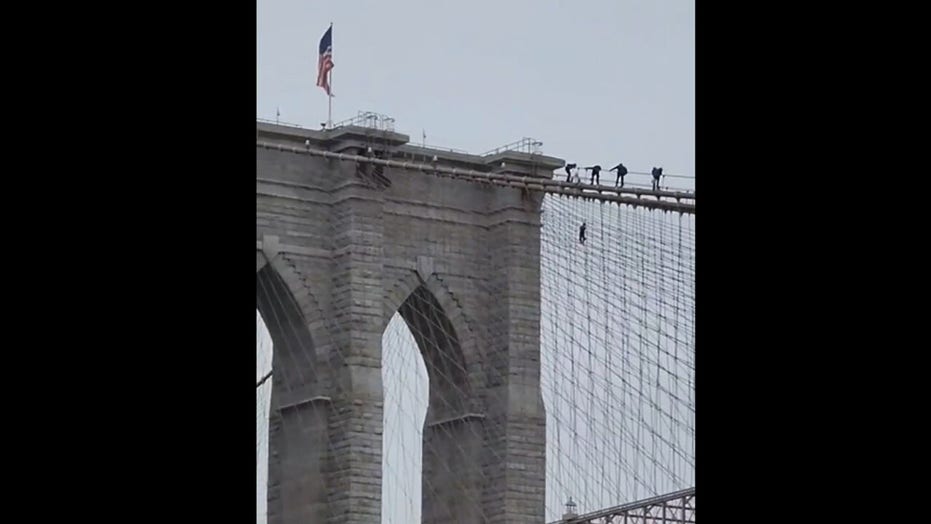 The New York Police Department assisted a man off the cables of the Brooklyn Bridge on April 7, 2022. Credit: @TimothyDavidNYC / TMX

The New York Police Department says a man was assisted off the cables of the Brooklyn Bridge without incident.

Police first received the call just before 6:30 a.m. Thursday. The bridge was reopened to traffic before 8 a.m.

A department spokeswoman did not know if the man was suicidal, but he was taken to a hospital once off the bridge. She also did not mention if the man would face any charges.

The Daily Mail reported he was wearing an HH Cares T-shirt, which is the environmental and sustainability charity arm of The Howard Hughes Corp.