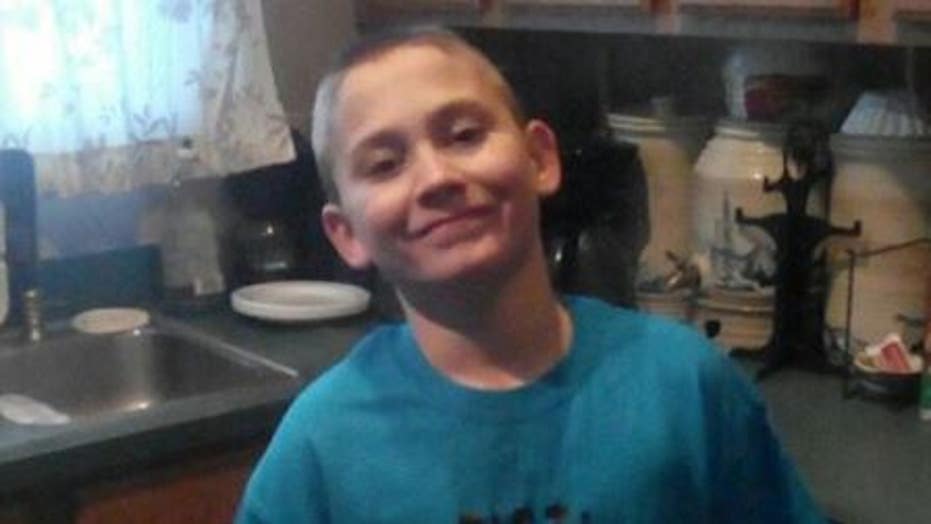 A 12-year-old Montana boy found dead earlier this month allegedly had been beaten by his grandparents and 14-year-old uncle, prosecutors said.

The boy had been living with his grandparents, two uncles and an aunt in West Yellowstone – near the border of Wyoming and Idaho – for about two years, court records showed.

After his death, investigators said they found evidence, including videos, that indicated Hurley's grandparents and his 14-year-old uncle regularly abused him, including beating him with a wooden paddle and locking up food.

Batts and the 14-year-old told investigators that Hurley and his uncle had a "bad fight" on Jan. 27. The uncle said he found Hurley standing over Batts with a knife, according to the court records.

The 14-year-old also acknowledged kicking Hurley in the head multiple times in the 24 to 36 hours before his death, charging documents said.

The uncle is about 6 feet tall and weighs about 300 pounds while Hurley was 5 feet, 3 inches tall and weighed about 100 pounds, charging documents said.

Batts said Hurley slept on the floor in the living room and was mumbling and moaning throughout the night before she reported finding him dead the next morning.

Nobody sought medical attention for the victim, prosecutor Bjorn Boyer said. The autopsy found he had bruising all over his body and died from trauma to the head.

The 14-year-old was charged with deliberate homicide in youth court Wednesday and his bail was set at $500,000, the Bozeman Daily Chronicle reported.

The grandparents were charged under the felony murder law, alleging they committed felony aggravated assault that contributed to the boy's death.

Another man, 18-year-old Gage Roush, was arrested last week and charged with felony assault on a minor in connection with Hurley’s death, the Bozeman Daily Chronicle reported. He appeared in court on Friday where a judge set his bail at $50,000.