A Memphis man accused of gunning down his friend and then taking off on a shooting rampage around the city briefly returned to court for the second time this week on a charge of first-degree murder.

Kelly was photographed glaring at journalists from the front of a courtroom Friday as deputies stood guard. His public defender, Jennifer Case, requested a preliminary hearing for next week.

The judge set the hearing for Sept. 27 and asked Kelly if he had any questions. Kelly made no audible reply. Case then asked to subpoena Kelly's records from juvenile court, where he was accused of two counts of attempted murder and the reckless endangerment of a third person in 2020.

Fox News Digital obtained his juvenile court indictment over the weekend, but additional documents could reveal more detail about what happened. Fox News Digital reached two of the three victims in the earlier case, but they declined to comment.

After the hearing, which lasted only a couple of minutes, Shelby County District Attorney General Steve Mulroy said he could not comment on the evidence and that the court will decide whether there was probable cause at the upcoming preliminary hearing.

A spokesperson for the district attorney's office separately said prosecutors had nothing to report when asked when additional charges may be filed. Kelly, who is accused of shooting seven people and two carjackings in an hours-long crime spree, is expected to face more felony charges on top of the single count of first-degree murder he was booked on after his arrest. 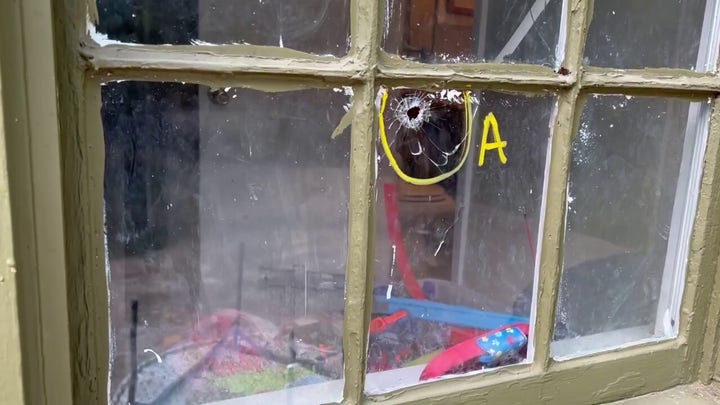 Photos taken by Fox News Digital show bullet holes on the side of the house where Tunstall was killed and a bloodstain on the asphalt. At least one shot went through what appears to be a child’s bedroom window with toys on the sill.

The suspect allegedly livestreamed portions of the attacks on Facebook, including the shooting of an unsuspecting shopper at an AutoZone store on Jackson Avenue.

Kelly pleaded guilty to a reduced charge of aggravated assault and served 11 months of a three-year sentence in a county detention center after the 2020 shooting.

State lawmakers have since passed a Truth in Sentencing bill that requires criminals convicted of certain serious offenses to serve 100% of their sentences and negates early release credits and opportunities for parole.

Kelly is due back in court on Sept. 27 for a preliminary hearing. The judge told him earlier this month he could receive the death penalty if convicted on the single charge he already faces under Tennessee law.