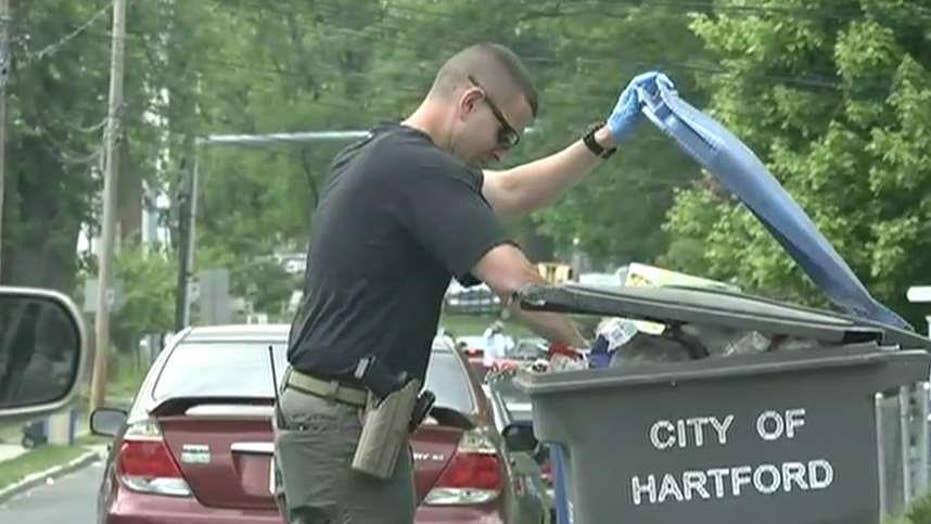 Missing Connecticut mom Jennifer Dulos was last seen dropping her kids off at school on May 24; Laura Ingle reports from New Caanan, Connecticut.

The mother of Jennifer Dulos, the Connecticut woman missing for more than a week, went to court Tuesday seeking custody of her five grandchildren.

Gloria Farber, Jennifer Dulos' mother, cited the recent arrest of her daughter’s estranged husband and requested that the children remain in her care even if he makes his $500,000 bail.

Fotis Dulos and girlfriend Michelle Troconis were arrested Saturday and charged with hindering prosecution and tampering with evidence in connection with Jennifer Dulos’ disappearance.

Farber has been caring for the Dulos children at her home in New York City since her daughter's disappearance. Farber and her late husband also sued Fotis Dulos last year, claiming in court documents he did not repay a $1.7 million loan he borrowed to buy and redevelop high-end homes. The lawsuit claimed Fotis Dulos defaulted on a loan for a property in New Canaan and for the purchase of a home in Farmington, Conn., where he and Jennifer Dulos lived until separating in 2017.

The children — three boys and two girls, including two sets of twins — range in age from 8 to 13, and have been at the center of a contentious custody battle between the parents, court records show.

According to court documents, Jennifer Dulos said she was "terrified for [her] family's safety ... since my husband has a history of controlling, volatile and delusional behavior." She also accused her husband of 13 years of threatening to kidnap their children and take them to Greece.

Fotis Dulos, a custom home builder, was born and raised in Greece but went to college at Brown University in the U.S. His current girlfriend, Michelle Troconis, has a 10-year-old daughter of her own. Troconis' ex-husband is a former Olympic skier and lives in Argentina.

Troconis was released Monday on $500,000 bail and was ordered to wear an ankle monitor. Fotis Dulos remains incarcerated,

Connecticut state police along with canine units have been sifting through trash at an energy plant in Hartford for the past two days. Authorities believe Dulos was the victim of a violent physical assault.

Surveillance footage of a man and woman matching the description of her estranged husband and his girlfriend in over 30 locations in Hartford across a four-mile radius show the individuals disposing of garbage bags, some of which contained clothing items, which have tested positive for the missing woman's blood, and a kitchen sponge, according to a police search warrant.