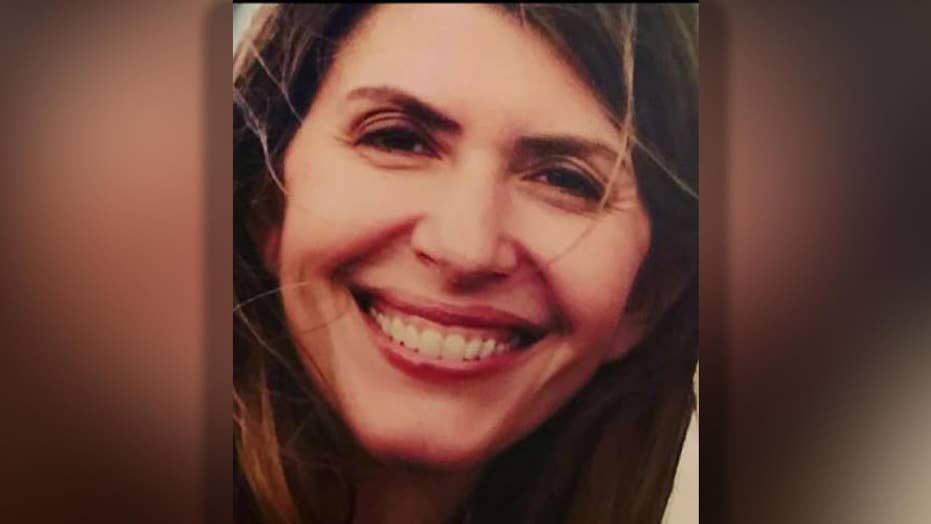 A 50-year-old mother of five embroiled in a bitter divorce with her estranged husband was last seen dropping her kids off at school in Connecticut; Laura Ingle reports from New Canaan.

Authorities have found traces of blood and other evidence leading them to believe the Connecticut mother of five missing for nearly a week was the victim of a violent crime and are now reportedly treating the investigation as a homicide.

Detectives from the State Police Western District Crime Squad discovered traces of blood when they searched the home of Jennifer Dulos, the Hartford Courant reported.

The 50-year-old brunette was last seen driving a black Chevy Suburban six days ago when she dropped her kids off at their private school in New Canaan. Her car was found behind Waveny Park, a popular 250-acre parkland that has jogging trails as well as picnic areas, soccer, baseball and softball fields.

Police swarmed the park this week, searching with K-9s, drones and even a New York state police helicopter. They also zeroed in on a high grassy area and a shallow pond about 3 feet deep, Steve Benko, the town's director of recreation, said.

New Canaan Police Lt. Jason Ferraro released a brief statement Thursday saying no body has been found, no arrests have been made and Dulos remains missing. Law enforcement sources told The New York Post and other outlets that the case was now being treated as a homicide.

Her family and friends said Thursday they remained hopeful she would be found.

“Those who know Jennifer know her to be a devoted mother; an extremely thoughtful, reliable, and organized woman; and attest that she would never, ever, disappear when she is responsible for the lives of five loving and energetic children,” the family said in a statement.

Ferraro stated a day earlier that "a criminal investigation is being conducted concurrently to determine if Jennifer was the victim of foul play or intentional harm."

Members of the close-knit New Canaan community held a vigil for Dulos on Thursday night at St. Aloysius Parish. Almost 200 people gathered in the drizzling rain for the half-hour service.

The circumstances surrounding the disappearance of Dulos have taken an ominous turn in recent days. She and her estranged husband Fotis Dulos, a custom home builder raised in Greece but who went to college in the United States, have been locked in a tumultuous custody battle over the couple's children, who range in age from 8 to 13.

According to court documents, Dulos said she was "terrified for (her) family's safety, especially since discovering the gun, since my husband has a history of controlling, volatile and delusional behavior." She also accused her husband of 13 years of threatening to kidnap their children and take them to Greece.

Fotis Dulos has strongly pushed back on those allegations, said he turned in his handgun to the Farmington police and claimed it was his wife who was the unfit parent. He also said Dulos had mental health issues and said at one point she had verbally attacked and called her husband names in front of guests.

Separately, Fotis Dulos tried to visit his five children at his mother-in-law's New York City apartment Wednesday night but was turned away by security guards Farber hired, the New York Post reported. On Tuesday, Fotis Dulos filed legal motion to get full custody of his children. Despite being turned away by his in-law, court papers show Fotis Dulos and his wife shared custody of the kids. The 2017 agreement allowed the children to live with Dulos during the week. It further stipulated that if either parent could not be with the children overnight, "the other parent shall have the option of having that overnight with the children."

It is unclear whether the children will be forced to go with their father.

Dulos' mother, Gloria Farber, who lives in New York City, has sued her former son-in-law. Farber and her late husband claimed in court documents that Fotis Dulos did not repay $1.7 million in loans he borrowed to buy and redevelop high-end homes.