NEW CANAAN, Conn. -- The estranged husband of Jennifer Dulos, the Connecticut mother of five who has been missing for more than a week, was arrested and charged with hindering prosecution and tampering with evidence, New Canaan police said Sunday.

Fotis Dulos, 51, was taken into custody in Avon, Conn., on Saturday around 11 p.m., and then transported to New Canaan Police headquarters for processing. His girlfriend, Michelle Troconis, 44, was also arrested and booked on similar charges.

Investigators intensified their search Sunday morning at Fotis Dulos' sprawling 10,000-square-foot mansion. More than a dozen state police vehicles, along with two canine units showed up at the residence while others gathered near the road.

In the past 48 hours, state police obtained DNA samples from Fotis Dulos, who married Dulos 13 years ago but for the past two years has been locked in a contentious custody battle over the couple's five children. 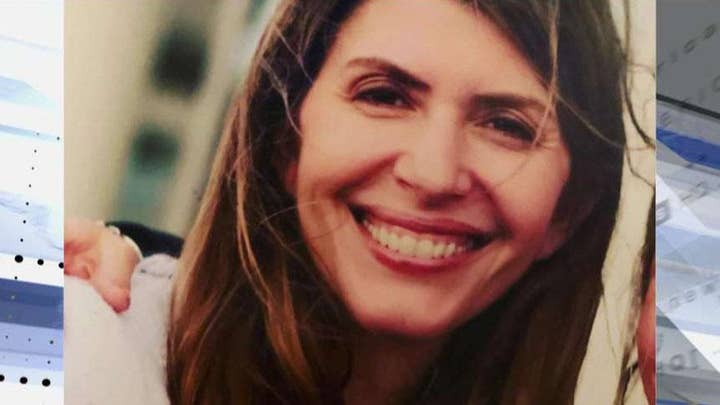 The disapperance of Dulos is being treated as both a missing-person case and a criminal investigation.

The 50-year-old brunette was last seen driving a black Chevy Suburban nine days ago, when she dropped off her children -- ages 8 to 13 -- at their private school in New Canaan. Authorities spent three hours on Friday handing out flyers that featured a picture of Dulos and her vehicle.

Members of the close-knit Connecticut town have been gripped by the case.

"Stuff like this doesn't happen here," Leila Roxo, an associate at LoLo Bag, an accessories boutique in New Canaan, told Fox News. "It's a really quiet and safe town. Parents are OK just dropping off their kids and letting them walk around town, eat, have ice cream, buy something and then picking them up. It's pretty safe."

Roxo, who has a 6-year-old daughter, said she worries most about Dulos' children and the scars they may carry from their mother's disappearance.

"The 8-year-old is definitely going to remember some stuff," Roxo said. "I don't know how far apart the other ones are, but I have a 6-year-old and I feel like if this were to happen to her, she'd definitely remember."

A vigil for Dulos was held Thursday night at St, Aloysius Parish, where almost 200 people gathered in the rain for the half-hour service.

Another vigil has been planned for Sunday night.