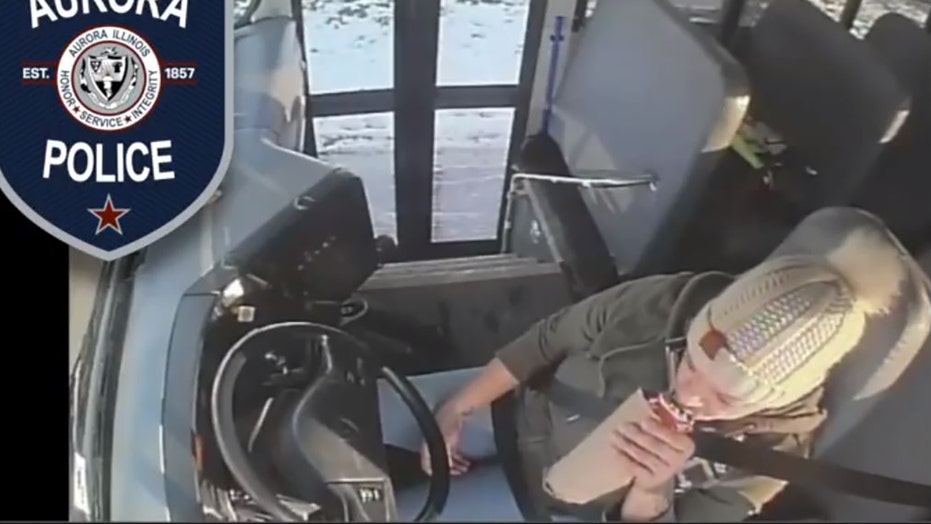 A school bus driver in Illinois has been arrested and fired after surveillance video caught her drinking from two beer cans while transporting dozens of elementary school students, authorities said.

Michelle Passley, 44, had stopped at a gas station convenience store during her morning route on Nov. 15 and appeared to purchase two cans of beer before getting back on the bus, the Aurora Police Department said Tuesday.

Police shared video footage from the bus that appeared to show Passley, while behind the wheel, slip the beer cans into a brown bag and drink from them. A review of the footage showed that 32 students were on the bus while Passley was drinking, police said.

“When we put our children on the school bus in the morning, the idea is that we have placed our kids in the safekeeping of someone who is going to take good care of them,” Chief Kristen Ziman said Tuesday at a news conference.

“It’s infuriating to believe that someone who is trusted with these children on a daily basis could potentially put them in this kind of danger,” she continued.

It was unclear from the footage whether Passley became intoxicated while driving the students, Ziman said.

Passley was caught thanks to the quick-thinking convenience store clerk who called the First Student Bus Company after selling her the beer and watching her get on the school bus, police said. The bus company, which works on contract for the school district, then contacted police.

“It evokes a very strong reaction in me … It’s absolutely brazen,” Ziman said of the incident. “But for that convenience store clerk that contacted the school district, we’d be none the wiser of this. So there are two very strong messages going out: That it’s not tolerated, and that we need the community’s involvement.”

Passley was charged with two counts of endangering the life/health of a child. The Secretary of State’s Office is expected to review Passley’s Commercial Driver’s License.