Criminal defense attorney Mark Eiglarsh unpacks the investigation in the murder of four University of Idaho students over 10 days after the killings.

MOSCOW, Idaho – Kaylee Goncalves, one of four University of Idaho students killed in a shocking pre-dawn stabbing attack this month, may have had a stalker.

Police are asking anyone with information on the subject to contact them, as their homicide investigation enters day 12 without a suspect.

Goncalves, 21; Madison Mogen, 21; Xana Kernodle, 20; and Ethan Chapin, 20, were found dead hours after police say someone attacked them in their sleep on Nov. 13.

Detectives and FBI agents worked through the Thanksgiving holiday but have revealed no further details about the attacker's identity.

University of Idaho victim Kaylee Goncalves may have had a stalker, according to police in Moscow, Idaho, but they have not corroborated the claim. Investigators have not named a suspect or person of interest 12 days after the brutal quadruple homicide of Goncalves and three friends. (Instagram @kayleegoncalves)

Investigators tell Fox News Digital that they did not find signs of a forced entry or the murder weapon, which they believe was a fixed-blade knife.

"We continue looking into the stalker issue and are asking for any information from the public on this topic," Aaron Snell, the communications director for the Idaho State Police, told Fox News Digital on Friday morning. 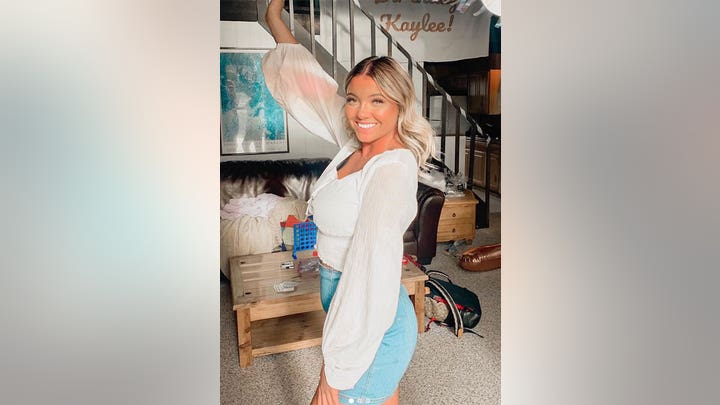 However, as investigators continue their quest for answers, a friend of the victims told Fox News Digital he believes they were attacked by an outsider.

Ethan Chapin, Xana Kernodle, Madison Mogen and Kaylee Goncalves, along with the women's two other roommates in Goncalves' final Instagram post, shared the day before the slayings. (@kayleegoncalves/Instagram)

"They were college girls — they have stalkers," said Corbin, a bartender at the Corner Club, where Goncalves and Mogen were seen hours before the slayings. "But you'd never think anyone would go that far."

Corbin said he was a fraternity member and that the campus's Greek life is close-knit and insular.

Chapin was a member of the Sigma Chi fraternity, the University of Idaho said earlier this month. Kernodle and Mogen were both part of the Pi Beta Phi sorority, and Goncalves belonged to Alpha Phi.

"Whoever did this is not in their circle," Corbin said.

The home where four University of Idaho students were murdered Nov. 13, 2022. The slayings happened on the second and third floors. Two other roommates sleeping downstairs were unharmed. (Derek Shook for Fox News Digital)

Pat Diaz, a former Miami-Dade County detective with more than 30 years on the homicide squad, said it is possible that the suspect could be an outsider.

"It's gonna be a stranger who saw these girls on campus, or outside at a bar and possibly followed them home," he said. With a knife as the murder weapon, he said the suspect may be an experienced outdoorsman or hunter. 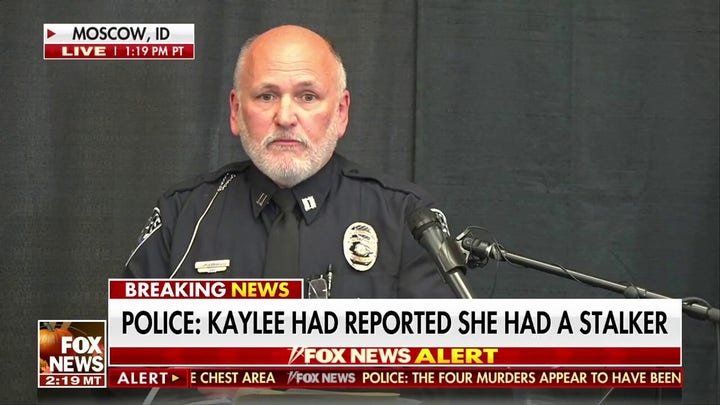 Most students have left town for the Thanksgiving holiday, but University of Idaho President Scott Green has said that all students will have the option to finish the semester remotely.

Moscow police previously said they believe the attack was "targeted," and they were looking into reports that Goncalves had a stalker before the massacre — but had not found evidence to support that yet.

"Kaylee mentioned having a stalker, but detectives have been unable to corroborate the statement," police said Wednesday. "Investigators are requesting anyone with information about a potential stalker, or unusual instances, to contact the tip line."