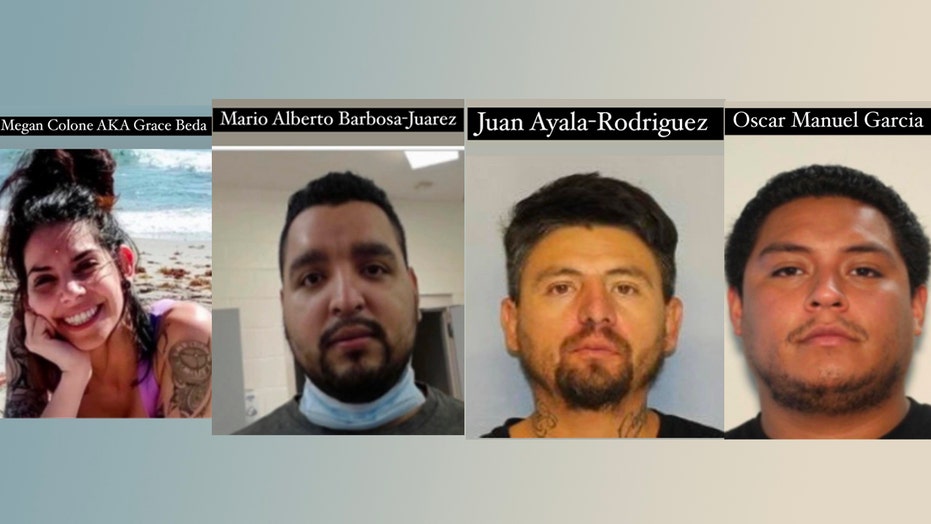 A manhunt for five murder suspects is underway after a mother of two was found dead last week in Georgia.

Rossana Delgado, 37, of Bethlehem, was found murdered on April 20 in Gilmer County, about 78 miles north of Atlanta, the Georgia Bureau of Investigation said.

Colone may be traveling under the alias "Grace Beda," and was believed to have her two young children with her, investigators said.

The GBI later posted images of a fifth suspect and asked the public to help identify him.

Investigators said the suspects may no longer be in Georgia and that authorities nationwide have been alerted about all five suspects.

Delgado was last seen on April 16 in DeKalb County and reported missing that same day. Investigators discovered her body on April 20 after responding to a welfare check at a residence in Cherry Log, a town in Gilmer County with of population of only 120 people.

Delgado, a taxi driver in the Atlanta metro area, was a mother of two children, WXIA-TV reported.

Delgado’s husband, who reported her missing, last spoke to her on the phone around 7 p.m. on April 16 just before she had to pick up a passenger in her car, according to the station.

Friends and family told the station that Delgado’s husband was able to trace her phone to a home in DeKalb County, where the phone signal remained for about an hour before it moved to a public storage unit.

Investigators asked anyone with information on the suspects to call 1-800-597-TIPS(8477) or report the information online at the GBI tipline.

Authorities warned that the suspects should not be approached if spotted.